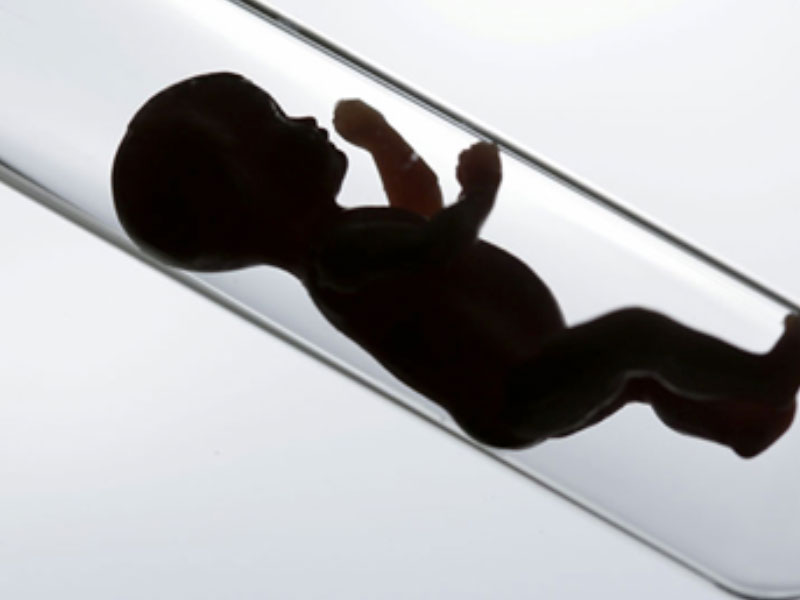 The Managing Director, Nordica Fertility Centre, Dr. Abayomi Ajayi, has advised women having delayed fertility, delayed motherhood or are still waiting for a lifetime partner, to have their eggs frozen,

He said women who want the chance to conceive in the future but are not ready due to several factors, should grasp the opportunity to get their eggs iced, as this will help in addressing infertility issues later in life.
He said egg freezing procedure allows women to use eggs from a younger version of themselves to conceive and have their own biological children.

This involves extraction, freezing and storage of the eggs of a woman of reproductive age as a method to preserve her reproductive potential.

Speaking at a press conference in Lagos recently, the fertility expert said a woman’s chances of conceiving naturally falls as she gets older because the quality and number of her eggs drop.

He said: “It is best for a woman to freeze her eggs by the time she is 35 years old to ensure the highest rate of success. Babies produced with frozen eggs are believed to be as normal as babies born with fresh eggs.

“We have had patients since the procedure was set up. Egg freezing for these women has been successful. Some women diagnosed with cancer opt for freezing their eggs as a safeguard in case their fertility is affected by the cancer or in the course of treatment.”

But caution has been called for over “social egg freezing,” by the Royal College of Obstetricians and Gynaecologists (RCOG).

In its latest report, it noted that while egg freezing has the potential to offer a future family to some women, this should not detract from the social, economic and political issues that contribute to women’s use of the technology in the first place.

Ajayi said concern of the RCOG was to draw attention to certain aspects to ensure maximum benefit from the procedure.

“The age at which eggs are frozen obviously makes a difference. We mostly get patients above 35 years of age, but for freezing to be useful, it should be done when the woman is below 35 when she still has healthy, high-quality eggs. The chances of success will likely lessen when women are older.

“We started cryopreservation at Nordica Lagos when we were having more embryos than we could use. It was to preserve the excess embryos. We now know we can freeze eggs and the importance of cryopreservation is better appreciated.

“The process used is fast freezing called vitrification that has a high survival rate of about 90 per cent for eggs and embryos. We want to let people know that it is possible to store their eggs for later use, who should freeze their eggs and for how long?”

Ajayi said the challenge is that most people that are coming for egg freezing are those that should have done it 10 years ago.

“From experience at Nordica, those making enquiries about egg freezing are not the ones that will ultimately benefit and that is why the RCOG is calling for caution. If you must freeze, know what the technology entails.

Ajayi remarked that it is the age at which the eggs are frozen that determines the efficacy of the eggs when they are thawed.

“It all depends on the raw materials, that is, the quality of the eggs at the point of freezing and not the technology. A 40-year-old may not be successful at freezing her eggs, and it is the responsibility of the physician to let the woman know the facts.

“If you are 40 and you want to freeze your eggs, you need to freeze about 30 eggs for you to have a good chance of getting a live baby. And for a 40-year-old to produce 30 eggs, she would have to do around 5-6 IVF cycles. Freezing your eggs is not a guarantee that you would have a baby later.

“The maximal benefit would come from when you are less than 35 years old, that is, when you are most fertile. To freeze and have a good chance of success, a woman at this age would need to freeze between 15 -25 eggs. Most women will have around 15 eggs collected although this isn’t always possible for women with low ovarian reserves (low numbers of eggs).”

On the recent study on fertility preservation among doctors was carried out by Nordica Lagos Ajayi said: “We found out there were gynecologists that had never heard about egg freezing, yet this is a procedure that is being done in Nigeria, but disseminating information about it is a big challenge.

“The best time to introduce this technology it is even before women begin to have children. Illiteracy is an issue People need to understand the technique and how to use it.”

Fertility preservation through egg freezing can be done for as long as desired. The standard storage period for storing frozen eggs is normally 10 years, although women in certain circumstances can store their eggs for longer.
According to Ajayi, women need to understand they can do something about their fertility. “The awareness level in Nigeria is very low. People are either not aware of egg freezing or they believe it is too expensive or are not even thinking about it,” he said.