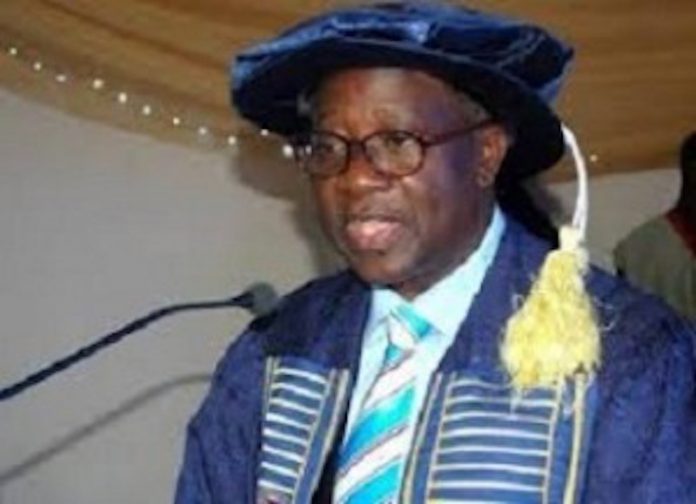 Former Chief Medical Director of the University of Ilorin Teaching Hospital (UITH), Professor Sulyman Kuranga, has called on the National Assembly to enact a law that would allow the aged in Nigeria to access free medical treatment for prostatic diseases.

According to him, in the developed world, particularly in the United Kingdom and the United State, when one attains the age of 60 years, transport and medical services are obtained free of charge. The aged are put into consideration when laws are being formulated.”

Kuranga, who is also a Professor of Urology stated this yesterday while delivering the 180th Inaugural Lecture of the University of Ilorin held at the main auditorium of the institution described prostate cancer as an “epidemic in waiting”.

Themed: “The Experience of a Urological Surgeon in a Tertiary Institution in sub-Saharan Africa”. He also said, “Government should create Ministry of the Aged or better still Ministry of Men Affairs and provide special policies that will bring relief to the aged, especially as it relates to age-related diseases like prostate cancer and BPH”.

The don added that “there should be improvement in the financing of tertiary health institutions so that up-to-date equipment can be purchased and relevant training provided”, saying, “This will reduce medical tourism abroad.”

While advocating for more government’s investment in prostatic healthcare development and research in the country, the Don disclosed that the disease is one of the leading causes of death among males worldwide and it can be cured with early detection and prompt access to good medical facilities.

Prof. Kuranga, who was also a former Director of the Academic Planning Unit of the University of Ilorin, identified ageing, family history, race, obesity, sexually transmissible diseases, cigarette smoking, vasectomy, benign prostatic hyperplasia, among others, as some risk factors for prostate cancer.

He added that, ‘early detection of prostate cancer is the ultimate joy of any Urologist so that the scourge and the menace of this disease can be reduced to the barest minimum.

He also pointed out that “government at all levels should organise and conduct a programme to promote awareness and early detection of prostate cancer as a matter of policy.”

“This programme”, according to Prof. Kuranga, “may include but not limited to the dissemination of information regarding the symptoms and signs of prostate cancer, the risk factors associated with it, the benefit of early detection, the treatment and consequences of delay in treatment.”

He further explained that due to the nature of the health financing system in the country, it is difficult for most patients to fund the treatment required for prostate cancer.

According to him, “prostate cancer is a potentially curable disease; hence, being diagnosed of it is not a death sentence”.

He, however, noted that most patients present themselves late, thereby making palliative option the only treatment for the physician, pointing out that “facilities for radiotherapy are limited to five teaching hospitals in Nigeria and there is no time whereby all the five are optimally functional at the same time.