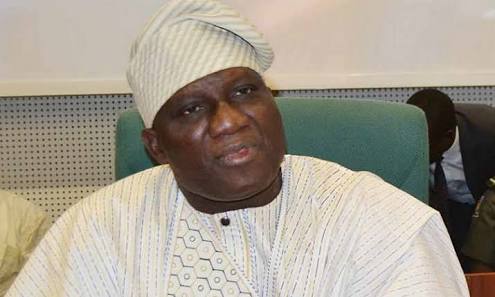 The Spokesman, House of Representatives, Abulrazak Namdas, has described as untrue, reports that the Deputy Speaker, Hon. Yussuff Lasun, has also defected from the ruling All Progressives Congress (APC) to opposition Peoples Democratic Party (PDP).

Namdas yesterday told journalists that the rumour was deliberately fabricated by PDP members to destabilise the APC.

Fear that the lawmaker may have defected as the Speaker, Hon. Yakubu Dogara recently did heightened when a group, Parliamentary Democrats Group (PDG) stated that Lasun’s defection to PDP is a forgotten issue.

PDG Spokesman, Timothy Golu (PDP, Plateau State), when speaking on purported plan to remove Dogara as Speaker had said: “Not only Speaker Dogara, we have many other members, including a principal officer, who have signified interest to join the band wagon. We can say that on resumption, Dogara will be presiding over a House with PDP majority”.

But Namdas maintained that the information is untrue and mischievously conceived to mislead the public, stressing that there is no possibility of Lasun’s defection to the PDP.

“There is nothing like that. I am telling you authoritatively. The Deputy Speaker did not defect. He has not defected and he will not defect

“It is a wish that will not come true,. The Deputy Speaker has said it on several occasions that he belongs here and will never contemplate leaving the party. He is a committed party man. He has been tested and found to be a man of his words. Lasun is a member of APC. I am telling you authoritatively!”

“The Deputy Speaker has said it repeatedly that he is a progressive to the core and remains in APC. It is the machinations of his political destractors who are bent on maligning his political image,” Oladimeji said.