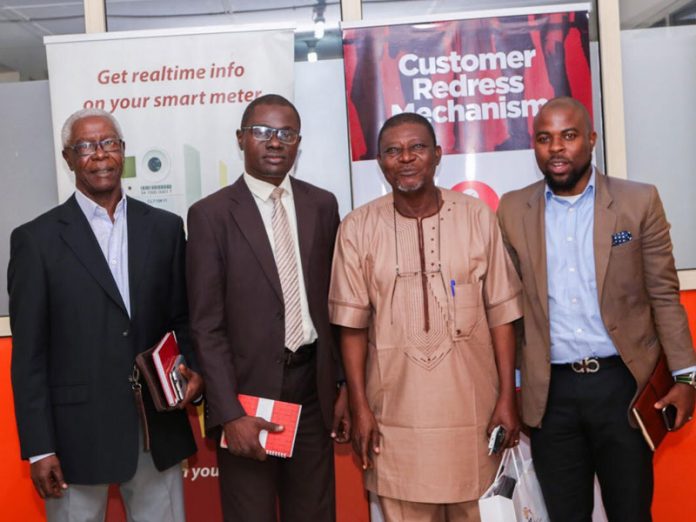 Rebecca Ejifoma writes that the efforts by the Ikeja Electric Plc in rolling out prepaid meters is paying off, as aggressive metering is ongoing in various parts of the state under its jurisdiction

For years, estimated billings have been the practiced norm across Nigeria, until the recent past where the prepaid meters were introduced to the system. Despite the introduction, one of the banes of the new system was its inaccessibility to paying customers.

While some areas enjoy the gains of the prepaid meter, which is pay-as-you-go, others are not so unfortunate, as they are made to pay bills that are estimated, which often times skyrocket beyond their monthly consumption. It was in a bid to bridge this disparity in metering that Electric Plc, (IE), has sustained its aggressive metering in areas of their responsibility.

Contrary to claims that there is a deliberate hoarding of meters, the disco opine that the distribution of prepaid meters even allows them room for remote data access and vending, which in turn contributes significantly to the energy conservation advocacy of IE. Also reputed to be be largely tamper proof, the meters also helps them deal with recurrent cases of illegal meter bypass, energy theft and other illegal issues, that have plagued them with regard to older and less secure meters that rely on estimated billings.

In line with the promise to carry out aggressive metering, over 85,000 meters were billed to be installed in the first roll out phase, which will take place concurrently across the six Business Units in IE’s coverage area. However, the roll out is different from the MAPS roll out agenda, which follows NERCs Meter Asset Provision Regulation Approval by the Federal Government, set to commence towards the end of the year.

From Apata to Oguntolu, Shipeolu, Bailey Streets and environs in Shomolu area , as well as Lasisi-Oshoja and Ore-Ofe streets in Idimu, amongst several others, have all tasted of the metering project.

In July this year, IE commenced the distribution of single and three phase prepaid meters across its network. This was in fulfillment of its promise to ensure that its customers are metered, thereby reducing the incidence of estimated billing. Thus, the first batch of meters,  were delivered by Mojec International Ltd, MBH Power and Beacon Power Services Ltd.

Some of the  residents metered areas commended the process. According to  them, it has not just put an end to estimated billing, it has also minimised the problems between the power firm and the people in the community, and encouraged energy efficiency.

Given that the distribution of metre is free, an installation cost may however apply. In one of their stakeholders summit, Head, I.E. Corporate Communications, Felix Ofulue, had explained that customers would receive meters in line with a schedule of distribution that was feeder based, after they had filled out the application form which is available at any IE’s offices and the official website  at www.ikejaelectric.com .

According to him, once the customer’s application have been approved, their locations surveyed, the next thing is to carry out relevant technical assessments before the  technical partners overseeing each specific location will handle installation of the meters.

In apparent  reaction to the ongoing metering exercise across its network, customers of IE, have commended the leading electricity distribution company, for redeeming its promise to bridge the metering gap, while also expressing delight at the improvement in supply within its area of coverage.

The Chairman of Shomolu Community Development Committee (CDC), Mr. Oduguwa Adedapo, made this commendation during a recent on-the-site visit by IE to Shomolu.

According to Adedapo, IE has embarked on massive deployment of meters to Shomolu and environs, adding that the exercise is a laudable achievement. He further urged IE to ensure that all houses in the environs are provided with prepaid meters.

He said, “While commending the company, I also want to advise the company to ensure that migration of customers to the prepayment metering is made a lot easier by looking into the contentious issues relating to outstanding electricity bills. This will enable customers migrate immediately to recharge after exhausting the initial token in the meter.”

In a similar vein, the President of Co-operative Society of the Association of Printers in Shomolu, Chief Babajide Mark Anthony, also expressed his joy at the new development and confirmed that the association is ready to cooperate with IE to ensure smooth operation. He further advised the disco to fast-track the installation of meters and also attend to minor complaints on time, in order to build more trust and instill confidence in the customers.

While reacting to the remarks, IE’s Head of Corporate Communications, Felix Ofulue reiterated IE’s position to sustain the metering exercise in an equitable manner such that all category of customers in IE’s network that are yet to be metered, will definitely benefit from the roll out plan.

However, the company spokesman expressed concerns about the trend of asset compromise being witnessed in some of the areas that have already been metered.

According to him, “our records reveal that a lot of customers who were recently metered, especially in Shomolu and environs have not vended or purchased units on their meters, several weeks after exhausting the initial token. Typically, this is the process that should follow after the complimentary units on the prepaid meter have been exhausted. This is a worrisome.”

He then called on metered customers to resist the urge to bypass meters, rather, they  should manage their energy consumption prudently. He also warned that IE would apply the authorised sanctions against any customer who engages in the act of meter bypassing.

Responding to comments relating to improved supply across its network coverage area, Ofulue pointed out that IE customers will continue to experience improvements in supply while pleading with customers to ensure that they settle their bills promptly.

He called on all customers who had queries about their bills to adopt dialogue, rather than aggression as a resolution channel, so all disputes can be settled amicably.