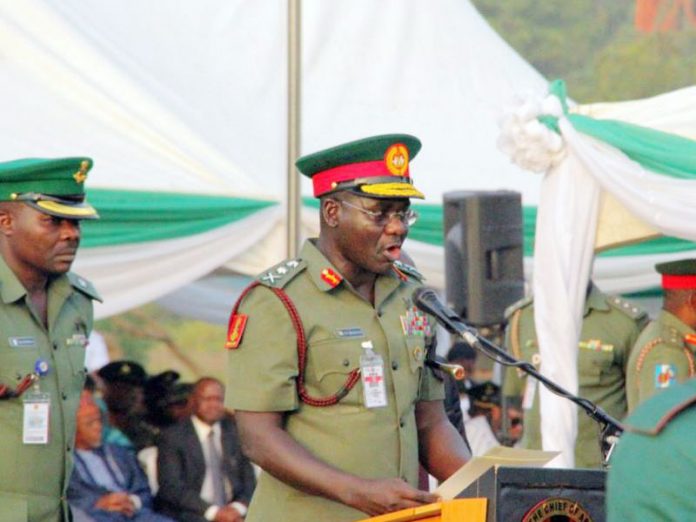 The Nigerian Army on Sunday said it had restored normalcy in Gudumbali and environs with the concerted effort of troops of Operation Lafiya Dole deployed to the area.

The News Agency of Nigeria (NAN) reports that scores of jihadists in gun trucks and bearing various calibre of arms, stormed the town and engaged troops in fierce battle that lasted for many hours.

“The encounter took place when the insurgents attacked the community, set some buildings ablaze and quickly withdrew from the community”, he said.

No casualty was recorded in the encounter.

“It will be recalled that Gudumbali is one of the communities in Borno that were recently reoccupied by Internally Displaced Persons who had voluntarily returned to their ancestral homes.

“The people of Gudumbali community and Guzamala Local Government in general are urged to remain calm and resilient as Operation Lafiya Dole troops tirelessly combat the terrorists.

“They are also implored to maintain high level of vigilance and monitor strange faces to prevent fleeing Boko Haram terrorists from infiltrating and hibernating in their communities.

“The good people of the North East are assured of the unalloyed resolve of troops of Operation Lafiya Dole to continue to combat the Boko Haram terrorists in the region,”Chukwu said.(NAN)