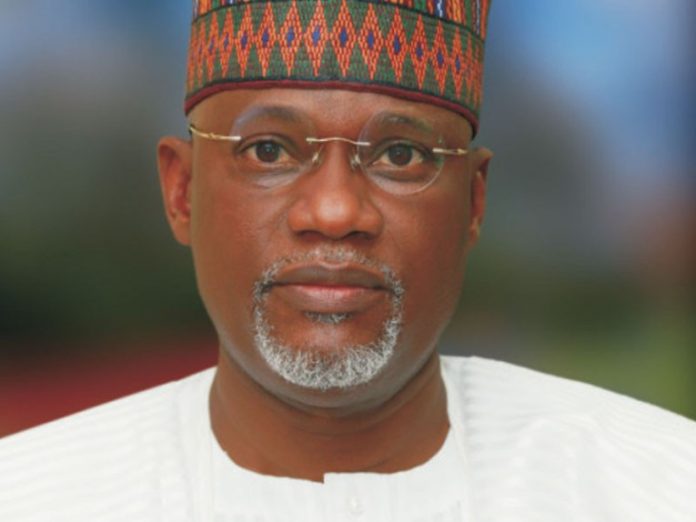 Hunkuyi, who until July 24 was a member of the All Progressives Congress (APC) before defecting along with 12 other APC senators to the Peoples Democratic Party (PDP), also accused Governor el-Rufai of owing pensioners in the state over N34 billion.

The senator, who is a PDP governorship aspirant, made this disclosure to newsmen in Angwa Wakili in Zango Kataf Local Government Area of the state after holding a consultative meeting with PDP leaders from the 11 local government councils of Kaduna South.

He described el-Rufai as a political paper weight, adding that he will beat the incumbent governor hands down in a free and fair election next February.

According to him, the political leaders in Kaduna South have a great role to play in this regard by ensuring that he wins the PDP governorship primaries later this month.

“Once I fly PDP ticket, Governor el-Rufai will become very jittery because he knows his days are numbered because I will thrash him at the election,” he said.

He explained that one of the hundreds of billions of debts suffocating the state under el-Rufai is the N34 billion owed pensioners alone in terms of their unpaid entitlements like gratuities and monthly pension payment.

The outstanding pensions, he said, will be given top priority with a view to clearing the backlog once he assumes office in May 2019.

Hunkuyi also said the $350 million foreign loan the Kaduna State government requested early in the year which was turned down by the Senate, was in the best interest of the people of the state.

He stressed that if the loan had been approved by the Senate, it would have been misused by the state government that is already heavily indebted to different categories of creditors including serving and retired public servants in the state.

According to him, “I have no regret whatsoever as a senator from Kaduna State for kicking against the $350 million foreign loan request of the state government because the intendment of the request was not for the interest of the people or the state.

“The three senators from the state and the Senate, after critically looking into the said loan, saw that there was no need for it and that is aside the fact that there was no iota of sincerity of purpose in the loan request by the governor.”

Hunkuyi added: “The time is up for Governor el-Rufai to be voted out of office on alleged poor performance in office.

“Within the last three and a half years el-Rufai has been in office, billions and billions of monies in terms of monthly allocations, bailouts from the federal government, remittance from Paris Club etc have been received by him with little or nothing to show for them.

“Most of the roads within the state are bad, state-owned hospitals not functional and well equipped, morale of civil servants very low and so on and so forth.”

Speaking earlier while addressing the PDP stakeholders from Southern Kaduna, Hunkuyi canvassed for their support having supported one of their own, the late Governor Patrick Yakowa, to win the governorship election of the state in April 2011.

He assured them that if elected, all the 800 district heads across the state relieved of their positions would be reinstated within a week after his swearing-in.

This, he explained, must be done because government or democracy is all about people just as he also promised to review cases of 25,000 sacked primary school teachers along with their counterparts in the 23 local government areas of the state.