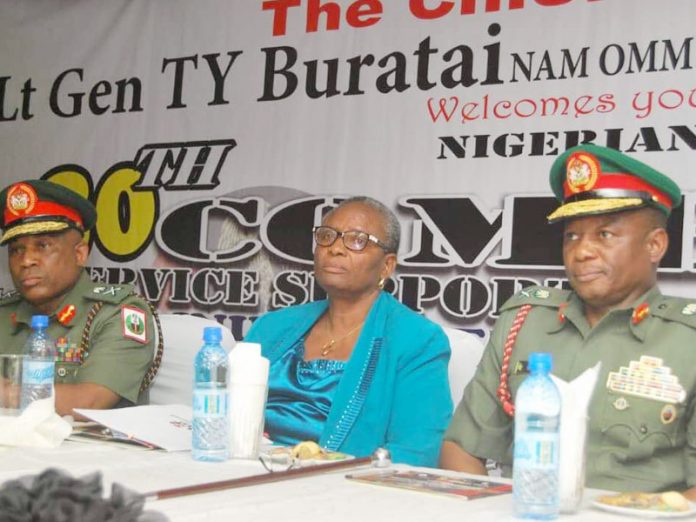 In warfare, logistics is key. For a military prosecuting a war against insurgency, militancy and other forms of crime, the inaccessibility of such logistics portends doom. The Nigerian Armed Forces is trying to avoid such fate. In the face of daunting challenges occasioned by insurgency in the North-east, farmers/herdsmen clashes in the Middle Belt and parts of the North, and militancy in the Niger Delta, it is apparent that without adequate military hardware, insecurity will continue to thrive.

Although many options have been explored by the military, including buying fairly new hardware instead of brand new, Public Private Partnership (PPP) seems to be the way out. How is this so? With credible PPP, funding the military becomes a form of cooperation between the authorities and the private sector to finance or manage acquisitions and military platforms. And the crux remains that the PPP will also involve some form of risk sharing between the authorities and the public private sector to provide what is needed.

At the event, the Chief of Army Staff (COAS), Lieutenant General Tukur Burutai, while commending the Combat Service Support Corps of the Nigerian Army (NA) for its sacrifice and commitment in counter-terrorism operations, said the army will continue to provide facilities to its officers and men, that would facilitate their utmost performance in the discharge of their constitutional duties.

Represented by the Commander, Training and Doctrine Command, Major General Ademoh Salihu, Buratai said logistics, to a large extent, determines the capability of the army in performing its constitutional duties, adding that the delivery of basic needs of all officers and men is as important as fighting in the field.

He said, “It is my desire that this year’s Combat Service Support Training week fashions out ways of enhancing capacity of the officers. The training was designed to enhance leadership skills of the participants because Nigerian Army is involved in several operations, while tackling various security challenges.”

He added that the army’s continued dependence on importation of military hardware has had adverse effect on their operations, especially in the fight insurgency in the North-east.

In tackling contemporary security challenges in the country, he further stressed that the army requires a more robust logistics plan, adding that the need for a more efficient and effective logistics model for the army through PPP has become expedient.

In his address, Edo State Governor Godwin Obaseki also called for the adoption of the PPP model in logistics support for the Nigerian Army to enable it tackle the nation’s security challenge. Obaseki maintained that for the nation’s fight against terrorism and other crimes to succeed, all hands must be on deck to support the Nigerian Army and related security agencies.

The governor, who spoke through the Head of Service of the state, Mrs. Gladys Idahor, at the opening ceremony emphasised that government alone cannot provide all the logistics need of the Nigerian Army, especially in the face of new security challenges.

“The academia and organised private sector need to share ideas on ways of meeting the contemporary needs of the Nigerian Army,” Obaseki said.

He noted that the theme of the training: “Enhancing Combat Service Support capability through Public Private Partnership to meet Nigerian Army’s Contemporary Challenge” is apt, and commended the security outfit for its planned medical outreach to people in selected communities in the state.

He added that regular training of security officials is important in the face of new threats to national security and said Edo State’s current status as the most peaceful state in the country, is due in part, to the partnership with the Nigerian Army.

The event featured exhibitions by vendors, display of equipment by the Logistic Corps, free medical eye test, presentation of awards to officers and commissioning of some projects executed by the 4 Brigade Headquarters, at the Ekehuan Cantonment in Benin City, Edo State.

Earlier in his remarks, the 4 Brigade Commander, Brigadier General Ibrahim Garba said the execution of the projects became necessary considering the central role they have on the welfare and wellbeing of officers and men of the brigade.

Garba while thanking the General Officer Commanding 2 Division, Major General Fidelis Azinta, for his support in the actualisation of the projects, assured the COAS that the brigade will continue to add value to its men and materials, so as to provide the enabling environment to professionally discharge their constitutional roles.

On the last day of the conference in Benin, at the Combat Service Support Corps, Buratai commended the commanders of the support corps for successfully hosting the 20th edition of the training week. Buratai, who was represented by Major General Adekunle Shodunke of the Nigerian Army Standard and Evaluation, said the army had been able to explore how the Combat Service Support Corps could utilise the PPP arrangement in the provision of various supports to tackle contemporary security challenges.

He added that the training had also improved relationship between the army and the civilian populace. “The pragmatic and lucrative ideals that came out of this training week will be practiced,’’ he assured.

To draw the curtain on the event, there was presentation of awards to officers who had excelled in the performance of their duty. But that was after the army chief expressed gratitude to President Muhammadu Buhari, Obaseki, and the traditional ruler of Benin, Oba Ewuare II, for their support.