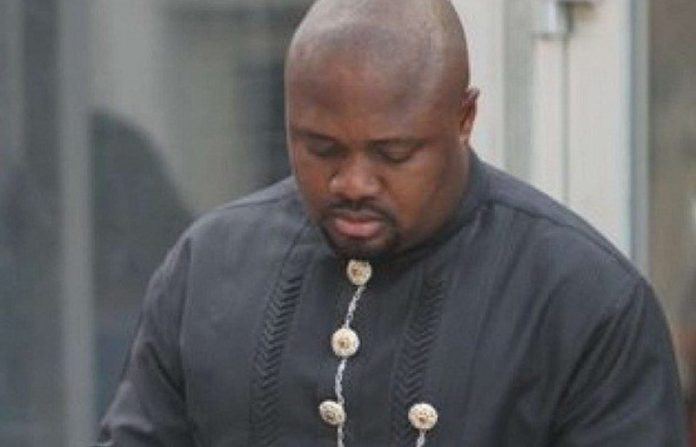 The trial of former Senior Special Assistant on Domestic Affairs to former President Goodluck Jonathan, Dr. Waripamo-Owei Dudafa, before a Lagos Federal High Court in Lagos continued yesterday, with the former aide denying having anything to do with the Office of National Security Adviser or Central Bank of Nigeria (CBN).

Dudafa and his co-accused, and one Iwejuo Nna Joseph,were on June 11, 2016, arraigned before the court by the Economic and Financial Crimes Commission (EFCC) on a 23-count charge of conspiracy to conceal proceeds of crime amounting to N1.6 billion.

At the resumed trial of the defendants before Justice Mohammed Idris, yesterday, while being led in evidence in-chief by his lawyer, Mr. Gboyega Oyewole (SAN), told the court that throughout his period as Senior Special Assistant to the former President, he never had any interaction with the Office of NSA or the person of NSA, Col. Sambo Dasuki (rtd).

He also stated that he had no relationship whatsoever with the CBN and any other government official but only look after the residence of the former president, and running errands for him.

Dudafa also denied conspiracy and concealment charge brought against them by the EFCC on the alleged N1.6 billion fraud.

He also stated that his failure to fill the Assets Declaration form at the EFCC while being detained was due to the commission’s refusal to state the nature of his offences, nor given adequate time, and the denial of his right to his lawyer.

He added that he did not fill the Asset Declaration form because he was not a public officer as he was not being paid salary from the public accounts and that he only acted on personal capacity, when he was appointed by the former President Jonathan as Senior Special Assistant on Domestic Affairs.

He said: “I did not conspire to conceal any money, as the sources of the money is clear. I had no intention whatsoever to hide anything, it is the circumstances that I found myself.

The aide to the former President Jonathan also told the court that payments were parts of the donations paid by Prince Arthur Eze to Otueke Anglican Communion, for the building of the Saint Stephen Deaconry and youth development centre, in Bayelsa State.

Dudafa who claimed to have being in fast food business, De Jakes Fast Food, even before his appointment with the former president, said his company’s daily turnover as at 2005 to 2011, was between N5 to N7 million daily.

However, under cross-examination by the EFCC lawyer, Mr. Rotimi Oyedepo, the defendant confirmed that he received a cumulative total sum of $10 million from Prince Eze, in the presence of the former President, between 2013 and 2015.

He insisted that the proceeds of the donations for the church projects were paid into private companies’ accounts. And that it was meant for the development of church projects, the building of deaconry of Saint Stephen Anglican Communion, and the youth development centre, Otueke, Bayelsa State.

The defendant denied knowing one Jide Ofor, who was alleged to have paid the sum of N41.85 million.

When also asked of his relationship with some companies alleged to have made payments for his house at Chevron Estate, Lekki, Lagos, Dudafa denied having any house in Lekki, stating that the only house he has in Lagos is in Sangotedo, on Lekki-Ajah axis of the state.

The defendant told the court that the statements he made while in the custody of the anti-graft agency, were made under duress, as he was made to understand that making the statements will be the only option to guaranty his freedom.

Meanwhile, further hearing of the matter has been adjourned till Friday, for continuation of cross-examination.

In the charge, the anti-graft agency alleged that the two accused persons, between June 2013 and June 2015, used different companies to fraudulently launder the money.