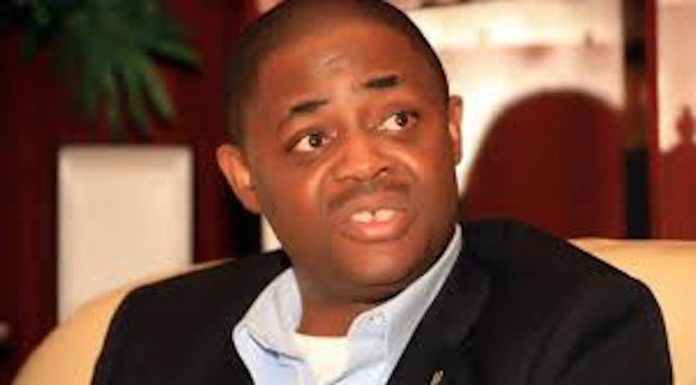 A former Minister of Aviation, Chief Femi Fani-Kayode, on Tuesday honoured police invitation for a “fact finding” discussion at the headquarters of the Nigeria Police Force in Abuja.

The police, had through a letter dated August 20, 2018 and signed by one Habu Sani, Commissioner of the Inspector General of Police (IG) Monitoring Unit, invited the former minister for questioning over alleged acts of conspiracy, criminal and inciting publication.

According to the letter, he was asked to appear before the police before August 28, 2018. But, Fani-Kayode, in a letter dated August 27, 2018 and addressed to the IG, requested that the interview date be rescheduled to enable him attend to some issues earlier planned for.

In the letter written on his behalf by his lawyer, the former minister had requested a rescheduled date of either 4th or 5th of September, following which he came to the force headquarters on Tuesday.

Fani-Kayode, who arrived the force headquarters at 12.24 pm, was accompanied by his lawyer, Kayode Ajulo, Senator Grace Bent, human rights activist Deji Adeyanju and some of his well wishers.

Immediately he arrived at the complex, he was ushered by some police officials to the office of the IG Monitoring Unit for discussions.

However, at about 2pm, the minister and his entourage emerged from the meeting with smiles and commendation for the police.

Responding to newsmen question on the invitation, Fani-Kayode said: “So that I don’t make my lawyers unhappy, let me just say, it touches on what I have written and published in the past.”

He however commended the police for being so professional in the manner they handled the matter, adding that they were only “doing their job”.

“The police, I have to say, were very professional, very thorough, very cautious and honestly I was impressed. I never thought it would be like this,” he said.

However, rights activist, Adeyanju, one of those who accompanied the former minister on the visit, advised Nigerians to also seek redress of their grievances through the court and not to employ security agencies to intimidate those they feel has offended them.

He noted that Fani-Kayode is one vocal voice that has been critical of the President Muhammadu Buhari administration and any attempt to silence or intimidate him would be resisted by the civil society group.