Youths in the community responded yesterday with violent protest of the killings even as the state Governor, Mr. Simon Lalong, commiserated with the people over the heinous attack.

The Peoples Democratic Party (PDP) in the state, however, condemned the attack and blamed the governor for embarking on a trip to China, which has no direct benefit to the people of the state.

The youths, who defied pleas from women and the elderly in the community, destroyed a police van and attacked journalists who had gone to the community to investigate the killings.

An eyewitness from the community, who simply gave his name as Mr. Emmanuel, said 13 persons were killed.

According to him, the gunmen invaded the community in a Hilux van at about 8.30 p.m. on Sunday night and opened fire on people at a relaxation spot in the premises of a hotel in the area.

The gunmen also shot at several others outside the premises as they drove away.

“The command immediately mobilised to the scene of the crime. On arrival, we discovered that some people were shot. The victims were immediately rushed to Jos University Teaching Hospital (JUTH) and Plateau Specialist Hospital.

“As a result of the attack, 11 persons have been confirmed dead by doctors from both hospitals mentioned above while 12 persons were wounded and are now on admission receiving treatment.

While the state Commissioner of Police, Mr. Undie Adie was expected to visit the scene of the event later yesterday, security men were also stationed about 1,000 metres away from the affected community, obviously for fear of a clash with the youths.

Meanwhile, the state governor has commiserated with the people of the state over the heinous attack.

A statement signed by the state Commissioner of Information and Communication, Mr. Yakubu Dati, said the government condemns the attack in its entirety and has instructed the security agencies to fish out the perpetrators, and ensure the safety and security of the immediate environment and the entire state.

He stated, “Members of the public are called upon to resist any temptation to resort to self-help as these will be playing to the script of these perpetrators whose ultimate aim is to return the state to the dark era of blood-letting.

“The Plateau State Government has ordered the security agencies to redouble their efforts in performing their constitutional responsibility of protecting lives and property.”

When contacted, the spokesman of the Special Task Force (STF), Major Umar Adam, said he was yet to gather sufficient details to give to journalists

In its reaction, the state chapter of the PDP said, “We are saddened by the event, which took place yesterday at Lopandet area close to Guratopp in Rayfield, Jos South Local Government Area, where 13 people were massacred by some militias believed to be Fulani.”

The party blamed Lalong for embarking on a trip to China with President Muhammadu Buhari when he was not supposed to be part of the trip.

A statement signed by the party’s state Publicity Secretary, Mr. John Akans, stated, “These ugly and unwanted killings have been going on, even when we have security check points everywhere within and outside the state capital. This has become clear that the government has abandoned its responsibility of protecting its citizens.

“While killings are going on in the state, tertiary institutions are embarking on strike as a result of failure of government policies, our dear governor is busy wasting our state resources on a foreign trip that will have no direct benefit to our people, even when he was not part of the president’s China trip.” 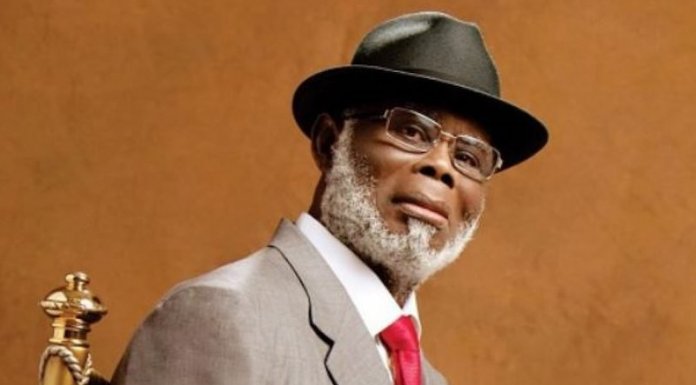 Oshun: Governing Nigeria without Restructuring Will Escalate Our Crises