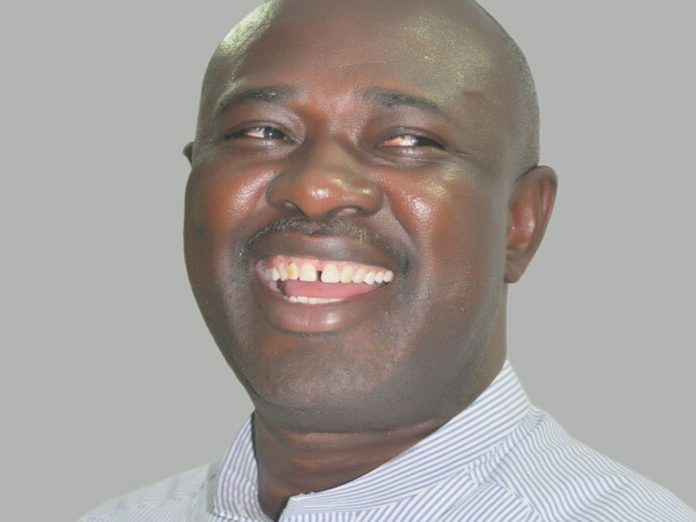 The Eriwe fish farming estate in Ijebu-Ode, Ogun State will for many years to come remain a case study of a highly successful community self-help initiative and empowerment programme within Nigeria and beyond. Already, the Food and Agricultural Organisation (FAO) is so proud of the fish farming model of the Eriwe community that the world body is show-casing it as a model for other countries to copy and emulate. With over 3,000 fish ponds scattered over an estimated 156 hecters of land area, an average fish farming production turnover of about 2,500 metric tonnes annuallyand income generation of about N2 billion annually, the community holds the enviable record of being the biggest fish farming estate in Africa.

The uniqueness and success of the fish farming project is that it is a community-based initiative, run and managed by acommunity-based Non Government Organisation (NGO) of the people called the Ijebu Development Initiative on Poverty Reduction (IDIPR) and targeted at lifting the people of the community out of poverty.

Altogether, there are about 150 cooperatives that form clusters under the IDIPR that own the fish farms. Not surprisingly, thesuccess story of the Eriwe farming estate has made it a highly sought after model by other communities within and outside Ogun State as well as beyond the country.

It is following the success story of the Eriwe fish farming estate and the emphasis of the President Muhammadu Buhari administration to diversify the Nigerian economy to non-oil sectors that attracted the Federal Ministry of Agriculture and Rural Development to partner with the community to upscale the fish farming of the estate.

Last week, the Minister of State, Federal Ministry of Agriculture, Senator Heineken Lokpobiri was in Eriwe to personally, commission four projects that were executed by his ministry as part of the Federal Government’s efforts to encourage the people grow more fish. The projects, which included a feed mill, cold room, fish market and the processing unit, are all intended to make the estate a real fish farming cluster where the farmers will fully appropriate all the advantages of fish farming value chain.

Besides its commitment to the Eriwe fish farm project, the Federal Government, according to Lokpobikri is also intervening in some other areas in Ogun State, like the construction of rural roads to enable easy evacuation of farm produce, rehabilitation of some moribund farms in the state, establishment of cocoa and rubber plantations among others. For the minister, “If agriculture succeeds in Ogun, agriculture has succeeded in Nigeria.”

At the commissioning of the four Federal Government funded projects in Eriwe community, which had in attendance, members of the board of trustees of IDIPR, board of directors, traditional rulers and members of the community Lokpobiri eugolised the people for their self-help efforts andcommitment to consciously work themselves out of poverty.

The minister particularly appreciated the efforts of the Eriwe community in fish farming, which has assisted the Government grow the fishery sector in Nigeria. He revealed that when the present administration came to power, the local production of fish was only about 600,000 metric tonnes, but with the support of the likes of the Eriwe community, that figure has been increased to about 1.1 million metric tonnes, which represents almost 100 per cent increment. According to Lokpobiri, there is still a lot to be done because our national demand is about 3.5 million metric tonnes and we are producing only about 1.1 million metric tonnes, which means that we are only producing about one third of our national demand.

With the successes recorded in fishing, the people of Eriwe community have began to diversify into other agricultural projects, like, poultry farming, piggery and presently, they have also acquired land outside the estate to do cocoa farming and plantation. They also have another project principally for rubber. They have entered into agreement with Michelin who will supply the seedlings and will also buy back.

The success story of the Eriwe fish farmers’ project as told by one of the citizens is quite humbling to say the least. According to him, at a particular time around 2000, the people of Eriwe came together to fashion out ways of alleviatingpoverty in the whole of Ijebu land. One of the things that they decided to do was to go into farming. At that particular time, the Government had a land, about 156 hecters of land, which was acquired during the Western region days. The land was acquired to develop fish farming then, but one way or the other because of paucity of funds, the farm could not be developed to their expectation.

Having identified what to do, the community approached theGovernment of Ogun State around 2002 to request for the lease hold of the land. The then Governor of the State, Chief Segun Oshoba graciously granted them that lease hold and since then, the journey started.

The decision to make the entry point for their poverty alleviation scheme to center around fisheries was quite unambiguous. This was because they discovered that the land that they were given was actually a wet land that has a lot of resources to develop into fish farm estate. They started a model and that model was to empower fish farmers; give them land, give them incentives, give them training and they are allowed to form cooperatives.

The cooperatives, around which the farming was organised formed the basis that accounted for the success of the project.There are almost over 150 farmers’ cooperatives in the estate; all of them, working together and initiating projects together. What the NGO does is that it accesses credits for the farmers, gives them training and other initiatives that helps them to progress.

…Oji, the media aide to the minister, wrote in from Abuja