Ahead of the expiration of the 30 days constitutional provisions for the president to assent to the Electoral Act Amendment Bill, the presidency yesterday said there was no cause for alarm.

The bill was transmitted to the president for his assent on August 2, 2018 after the corrected version was passed by the National Assembly on July 24.

The 30 days expires next Sunday.

If the president fails to assent the bill or return it to the parliament at the end of the 30 days, the National Assembly may likely override President Muhammadu Buhari’s.

But the presidency has promised that it won’t get to that level as the president will do the needful before the expiration of the 30 days constitutional provision.

The Senior Special Assistant to the President on National Assembly Matters (Senate), Senator Ita Enang, at the Presidential Villa, Abuja yesterday said, “We will do the needful before the bill expires.”

Enang, who had recently countered the allegation that the president again refused to sign the bill into law, explained that the bill was being studied by the president’s team before he signs it.

Enang had debunked the claims that President Buhari had vetoed the bill.

He had stated “The final clean copy of the Bill which was received by President Buhari on August 2, 2018, still undergoing thorough scrutiny by the president.

“Mr. President has not vetoed the bill. What some people are not aware of was that when the second copy was received after the initial rejection, it was discovered that there were typography errors which the National Assembly needed to correct and they did it and sent it back on the 24th of July and this is still being studied before presidential assent.”

He said, “It is good for people to cross check their facts first before feeding the public with the wrong information. As you know the president embarked on a 10 day leave soon after we submitted the bill to him, so we should wait.”

Chairman of the Independent National Electoral Commission (INEC), Mahmoud Yakubu, had declared that the bill will not be used for the 2019 February general election unless it was signed into law at least six months before the election.

The bill contains relevant provisions that are expected to guide INEC in the conduct of the 2019 election. 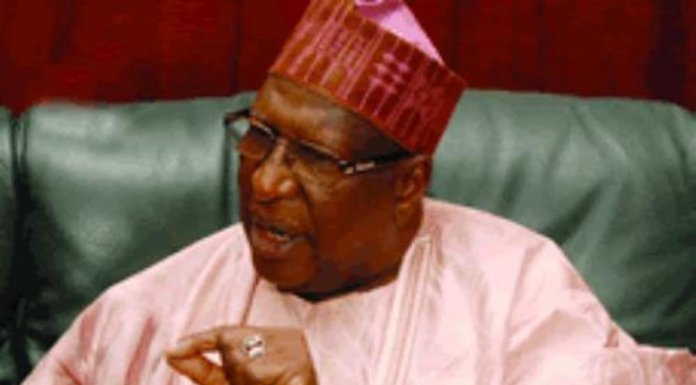