The National Assembly Joint Committee on Electoral Matters Tuesday constituted a sub-committee to look into the new budget proposal of N143 billion submitted to it by the Independent National Electoral Commission (INEC).

Chairman of the committee, Senator Suleiman Nazif, told newsmen at the end of its executive session in Senate Room 117, that INEC Tuesday submitted a prioritised budget proposal of N143 billion to the committee.

This, he said, was in line with the committee’s directive to INEC on Monday to adjust its budget proposal from N189 billion to N143 billion approved by the committee.

Senator Nazif added that the sub-committee has up till Wednesday to submit its report to the larger committee.

He further confirmed that INEC has adjusted its budget for the 2019 general election from N189 billion to N143 billion in compliance with the directive from the National Assembly.

According to him, INEC has submitted a new budget document reflecting the sum of N143 billion as originally requested by President Muhammadu Buhari.

He denied the insinuation in some quarters that the committee was deliberately slowing down the process to frustrate moves by the National Assembly to reconvene.

He said part of the reason for setting up the sub-committee was to speed up the legislative process for the election budget.

The joint committee had on Monday ended weeks of deadlock after it reached a decision to adopt President Buhari’s version of the election expenses put at N143 billion, directing INEC to reduce its own version to reflect the wish of the president.

The National Assembly Joint Committee had on Monday adopted the N143 billion proposal of President Buhari for INEC, to prepare for the 2019 general election in the country.

The Committee Chairman, Senator Suleiman Nazif (Bauchi North), had told reporters at the end of its executive session that the committee having deliberated on the election budget proposal before it resolved to adopt N143 billion recommendation for the electoral body ahead of the 2019 polls.

He has said: “The joint committee has sat and has deliberated on the position to adopt the N143 billion as presented by Mr. President.”

He said the committee will be meeting again with the INEC management team on Tuesday “so that they can be allowed to prioritise their needs for the coming polls”.

According to him, “At this point in time, it is also the wish of this committee that INEC re-presents their budget of N143 billion as requested by Mr. President.

President Buhari had on July 17, a week before the National Assembly went on its annual recess, forwarded to it for approval, N242 billion budget estimates from INEC for the conduct of the elections.

The president, in the virement seeking letter, explained that out of the proposed N242,445,322,600.00 estimated funding of the 2019 general election, N164.104 billion should be appropriated for by the National Assembly through virement, while the balance of N78.340 billon would be provided for in the 2019 budget provisions.

He explained further that the N164 billion needed by INEC this year should be expeditiously appropriated by the legislature for early and effective preparations for the elections. 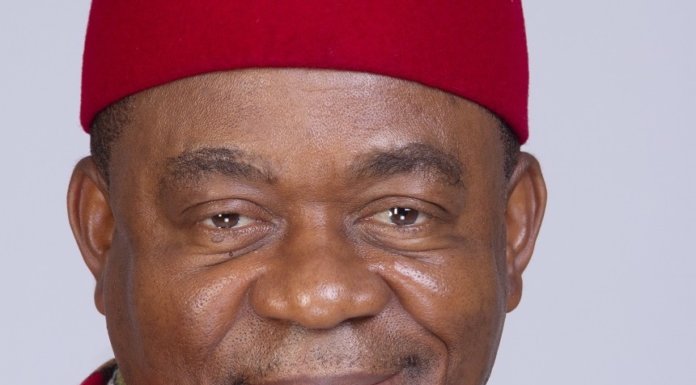