Meanwhile, FGN Eurobonds traded on the London Stock Exchange appreciated in value for all maturities tracked amid renewed buy pressure.

In the just concluded week, the naira further depreciated week-on-week against the US dollar at the Investors & Exporters Forex Window (I&E) by 0.35 per cent to close N362.58 amid stronger demand for the greenback vis a vis weaker supply.

However, the local currency appreciated against the US dollar at the Bureau De Change segments and the parallel market by 0.28 per cent each to close at N358/$ and N359/$ on sustained special intervention by the Central Bank of Nigeria (CBN).

â€œThis week, we expect stability in the exchange rate at most market segments as CBN continues its weekly SMIS intervention coupled with the special intervention at the BDC segment to boost liquidity,â€ Cowry Asset further predicted.

In the week under review, Central Bank of Nigeria (CBN) auctioned treasury bills worth N102.31 billion via the primary market.

The outflows were offset by N409.15 billion in matured treasury bills. Hence, the Nigerian Interbank Offered Rates (NIBOR) for one-month and 3-month tenor buckets declined week-on-week to 13.79 per cent (from 14.46%) and 14.76 per cent (from 15.00%) respectively, amid renewed financial liquidity ease.

In its first half 2018 economic review, Afrinvest Securities Limited noted that the CBN continued its easing cycle during the period as anticipated, guiding short-term rates downward in the fixed income market despite maintaining status quo on Monetary Policy Rate (MPR) in the first two Monetary Policy Committee (MPC) meetings.

The benchmark policy rate was maintained at 14 per cent but average OMO (Open Market Operation) rate moderated 3.8 percentage points in the period to 12.3 per cent from 16.1 per cent in 2017, while Broad Money Supply (M2) in turn increased to N25.2 trillion in May-2018, from N24 trillion in December 2017, in line with the easing cycle.

As part of its secondary mandate, the central bank also sustained its development financing agenda through the use of the Anchor Borrowersâ€™ Programme (ABP) which aided credit flow to sensitive and growth catalysing sectors of the economy whilst using the favoured flexible OMO strategy and frequency of auctions in the primary market as a means of ensuring stability in price levels without tweaking the MPR.

Again, the firm noted that first half of 2018 (H1:2018) reflected the policy focus of the CBN, especially in deploying the traditional tools of monetary policy management.

â€œFor the third year running, monetary policy has been anchored on the deployment of direct mop-up strategy through OMO for controlling aggregate money supply as against the indirect use of interest rate (MPR) or Cash Reserve Ratio (CRR) which have remained at 14 per cent and 22.5 per cent respectively for at least two years.

â€œThis reiterates our position on the impotence of MPR in achieving expansionary or contractionary monetary target,â€ it added.

In terms of fiscal policy, the report pointed out that the role of fiscal policy as a key macroeconomic tool for growth and development is reflected in the effectiveness and efficiency of governmentâ€™s revenue base as well as the structure of its expenditure.

Therefore, it stated that the late approval of the 2018 budget in June, seven months after it was first submitted to the National Assembly for deliberations, hindered the extent of the full impact of stimulating economic activities through meaningful fiscal spending.

The underperformance of the non-oil sector output growth in first quarter 2018 (Q1:2018), as it improved marginally by 0.8 per cent, according to Afrinvest, clearly indicates the impact of fiscal policy drag, other structural vulnerabilities and low investor confidence with foreign direct investment (FDI) consistently lagging expectation.

â€œMore disturbingly, the revenue gap would have been worse at 50.8 per cent but for providence through other revenues, items that were not envisaged by the budget. Juxtaposing this with the signed 2018 Budget, where total revenue is estimated to double 2017 actual at N7.2 trillion, there are legitimate grounds to contest the possible realization of the proposed spending.

â€œNotwithstanding our reservations on the potential feasibility of the budget, we believe there are still bright spots, especially in terms of the proposed capital spending on key infrastructure projects which have the potential to unlock growth in critical sectors of the economy.

â€œDespite this, the government must tread cautiously on expansionary budgeting given its weak revenue fundamentals while focusing on fiscal consolidation and seeking ways to diversify its revenue base,â€ the Lagos-based research and investment firm stated.

It noted that human capital development in Nigeria had failed majorly due to what it described as the â€œineptitude and neglect of what should be a priority focus area of a progressive government.â€

In 2017, the National Bureau of Statistics (NBS) estimated that about 75 per cent of total university applicants failed to secure admission that year.

This was largely due to capacity inadequacies in the current universities compared to the growing student population.

As a case in point, there are just over 150 universities in Nigeria with a total admission capacity of 500,000 people compared with Anadolu in Turkey which admits 550,000 students online and 7,000 students on campus annually.

â€œWe note that given the role of education as a tool for economic emancipation, increasing the access to education will filter into expanding the knowledge, skill and efficiency of labour.

â€œNevertheless, addressing this systemic deficiency would require a robust and functional educational system that we strongly believe is easier resolved with technology as investment in classroom infrastructure would require significant resources and will never catch-up with pent up demand and population growth.

â€œLikewise, the health sector in Nigeria is largely unreliable as even reflected in President Buhariâ€™s lack of trust in the local health industry. Despite the Presidentâ€™s noted disapproval of foreign medical trips by government officials in April 2016, he has himself made multiple trips abroad for medical treatment.

â€œFurthermore, health insurance coverage in Nigeria is very low with five per cent of the total population covered by the National Health Insurance Scheme (NHIS),â€ it stated 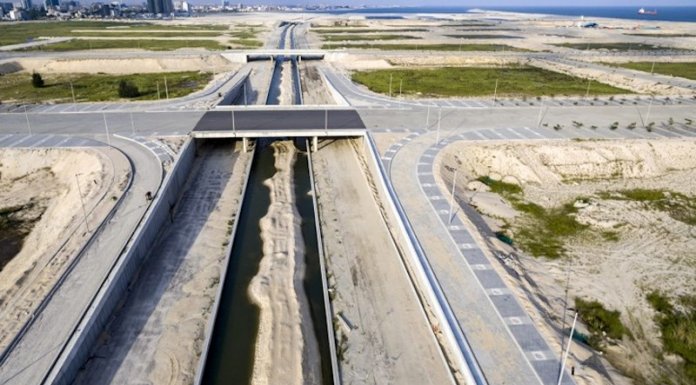