Ejiofor Alike
The Nigerian Content Development and Monitoring Board (NCDMB) has signed a $10 million equity investment agreement with Waltersmith Refining and Petrochemical Company Limited for the construction of a 5,000 barrels per day modular refinery to be located at Ibigwe, Imo State.

The Executive Secretary of NCDMB, Mr. Simbi Kesiye Wabote and the Director of Finance and Personnel Management, Mr. Isaac Yalah, signed on behalf of the NCDMB in Lagos as the weekend, while the Chairman of Waltersmith, Mr. Abdulrasaq Isah and the Executive Vice Chairman, Mr. Danjuma Sale, signed for the company.

Under the Shareholders Agreement and the Share Subscription Agreement, the NCDMB took 30 per cent equity in the modular refinery.
Wabote, said the investment decision was in line with the boardâ€™s vision â€œto be the catalyst for the industrialisation of the Nigerian oil and gas industry and its linkage sectors.â€

The board was also keen, he added, to support the federal government’s policy on modular refineries and meet the key objectives of the petroleum industryâ€™s Seven Big Wins launched by President Muhammadu Buhari in October 2016, as well as the Economic Recovery and Growth Program (EGRP).
According to him, â€œwe have our exit strategy in place to ensure that the refinery reverts back as a fully owned, privately run modular refinery as our role is clearly defined as a catalyst.â€

He also commended Waltersmith for developing a bankable proposition, stating that â€œthey sorted out the project feasibility, regulatory approvals, and other pertinent details before reaching out to the Board with the value they are bringing to the table and a clear definition of the support they seek.â€

Wabote, confirmed that NCDMB in line with its mandate in the Nigerian Oil and Gas Industry Content Development (NOGICD) Act 2010 and as part of the Nigerian Content 10-year strategic roadmap would intervene and fund projects and activities directed at increasing Nigerian Content in the oil and gas industry, especially those that utilise available resources in-country, add value and create jobs locally.

â€œEstablishment of Liquefied Petroleum Gas (LPG) depots, resuscitation of abandoned or establishment of new LPG cylinder manufacturing plants, partnerships on mini-petrochemical plants, and several others fall into the pack of interventions we are willing to look at,â€ he said.
He advised project sponsors and promoters of modular refineries seeking the boardâ€™s support to study the checklist of requirements hosted on the Boardâ€™s website.
He restated his belief that at least 10 percent of Nigeriaâ€™s oil production should be refined using modular refineries, assuring that the Board would be willing to consider proposals that meet the guidelines.

On his part, Isah explained that the modular refinery project was originally conceived to mitigate the incessant vandalism of the companyâ€™s crude oil pipelines, but feasibility studies later indicated that it could be a viable business because of the significant demand for refined petroleum products.
He disclosed that the refinery would be sited close to the firmâ€™s oil field at Ibigwe, and the refined products would be distributed to consumers within 40 kilometer radius of the plant.

He expressed optimism that the project would support the federal government’s plan to substitute imported refined petroleum products and as well as the strategy to use the establishment of modular refineries to address the menace of pipeline vandalism, illegal refining and other social challenges prevalent in the oil producing region.
He commended the leadership of the NCDMB for supporting the project and assured that the company would do everything within its power to make it a success. â€œThis is landmark in the history of the NCDMB and we pride ourselves as the first beneficiary of this initiative.â€ 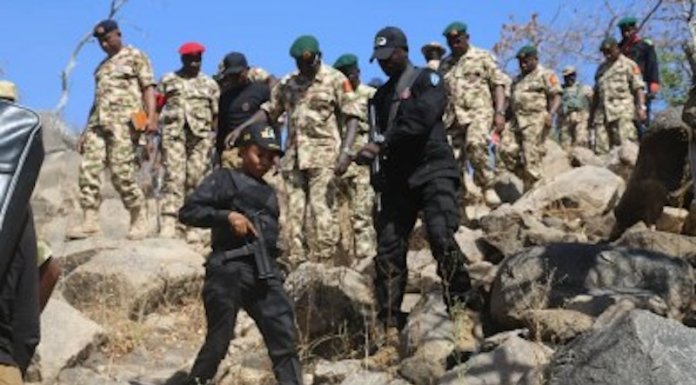