Justice Ijeoma Ojukwu said in a judgment that Dasukiâ€™s continued detention without sufficient reasons violated his right to liberty.
The judgment brings to six the number of times the High Courts would grant bail to the ex-NSA.

He has been in the custody of the Department of State Security (DSS) since December 29, 2015.
Justice Ojukwu, while delivering judgement on a fundamental rights enforcement application filed by Dasuki, granted him bail in the sum of N200 million with two sureties, who must be either a civil servant of Grade Level 16 in the Federal Civil Service or a private citizen with landed properties in the municipal areas of the Federal Capital Territory (FCT).

The judge said the civil servant must submit a letter of appointment and letter of last promotion to the court for verification.
The judge also said the sureties must show evidence of tax payment for the last three years -2015 to 2017.
Justice Ojukwu rejected Dasukiâ€™s prayer for N5 billion damages, saying should there be need for him to be further interrogated, the DSS should invite and question him between the hours of 9a.m. and 6p.m. on work days.

The judge ordered the respondents â€“ the DSS, its Director-General, Lawal Daura and the Attorney General of the Federation (AGF) â€“ to release Dasuki upon meeting the bail conditions.
Justice Ojukwu, therefore, ordered that Dasuki be released immediately the terms of his bail are fulfilled.
The court, while frowning at the continued detention of the former NSA, held that his detention was an aberration to the rule of law and the constitution, adding that no country could aspire to greatness, when the rule of law is flagrantly disobeyed.

She faulted the reasons given by the federal government for detaining the ex-NSA.
The judge specifically dismissed the claims that Dasuki constituted security risk to the country, adding that the accusation of money laundering brought against the former NSA had nothing to do with threat to the country.

She also rejected the claim by the federal government that Dasuki was being held because of the arms and ammunition allegedly found in his house in 2015, adding that the government had no justification for his continued detention, since the alleged arms were said to have been recovered and criminal charges instituted against him.

Justice Ojukwu turned down the request of the federal government that Dasukiâ€™s case be dismissed for abuse of court process by filing multiple actions.
The court held that in the instant case, the parties are different, adding that the government had not plac ed material evidence before the court to establish that the former NSA engaged in forum shopping.

The court, in all, agreed that the fundamental rights of Dasuki had been grossly breached with his detention since 2015, without trial on any fresh allegation.
Justice Ojukwu agreed with the federal government that investigation on Dasuki had been completed but that in case of fresh investigation, such must be conducted during working days and that the plaintiff could only be invited and not detained under any circumstance. 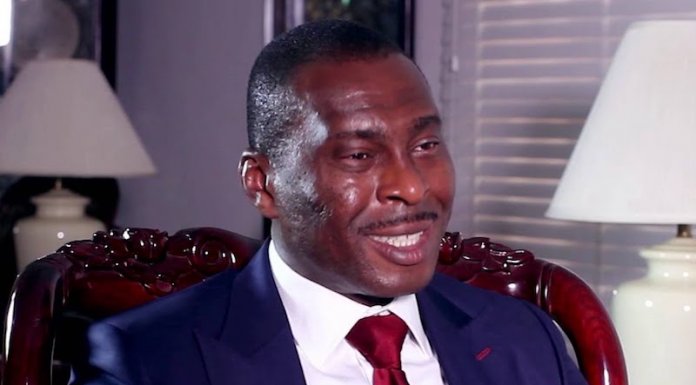