As I round up the focus on ten years of regional road safety experiment, under the auspices of the West African Road Safety Organization, the question to ask is how have we fared as a region? Like I said in the first part of this piece last week, I am relying solely on the address of the Corps Marshal of the Federal Road Safety Corps Dr Boboye Oyeyemi during the event marking the ten years anniversary last week in Abuja, the Federal Capital Territory. In x-raying the impact thus createdÂ in ten years, the Corps Marshal took cognizance of what my Pastor once told me some years ago when he said that nobody enlarges his worst pictures. According to Pastor Sam Otenaike, everyone only desires to enlarge the picture that shows him at your best. It was therefore not out of place to note the leadership role our nation has played since the inauguration.

â€˜â€™Nigeria role in the activities is not questionable. It is gratifying to note the commitment of President Muhammadu Buhari, GCFR to the ideals of WARSO since the inception of the current administration. This commitment was underscored by the prompt release of the sum of One Hundred Thousand US dollars (100,000.00) by Mr President as counterpart funding for the implementation of Regional Vehicle Administration and Information System (RVAIS) adopted by ECOWAS and WARSO in 2009. This singular action qualified Nigeria to benefit from the African Development Bank support to member states for the implementation of the RVAISâ€™â€™, he noted.Â  WARSO has also addressed one of the most critical components needed in addressing road traffic crash trend in Africa and the developing clime by servingÂ  as a platform Â  toÂ  address the political will neededÂ  in addressing the challenges of road safety by not only building roads, but making safety components of roads integral part of the road contract which must be delivered to make them forgiving and avert the hazards associated with road transportation in the West African sub-region.

Â The establishment of WARSO Secretariat was made possible through the Corps donation of a Secretariat in Abuja instead of the ECOWAS Secretariat in Lagos originally given for this purpose. FRSC in addition, seconded bilingual personnel to the Secretariat for administrative purpose since 2012.Another crucial area is capacity building as WARSO has succeeded in creating exchange of ideas and human capacity building among member states exemplified by the technical assistance and training of personnel of the Sierra Leone Road Safety Authority by FRSC, Nigeria. Increasing road safety awareness in schools adopted by WARSO Â  has since achieved some commendable level of progress in Ghana and Nigeria where the respective governments have embraced the catch them young spirit. The organization also advocated the inclusion of questions on road safety in the West African Examination Council (WAEC) in accordance with the decisions taken at Annual General Meeting in Ouagadougou, Burkina Faso in October 2013.

Â WARSO commitmenet on the use of Retro-reflective tape by vehicles in West Africa is also worth noting: In 2012, the Organization considered the visibility of road users and vehicles at night, thus initiated mandatory use of retro-reflective tapes for vehicles in the sub-region since. This initiative has taken off in some member countries, including Nigeria and Ghana.Â  Â  Â  Â  Decision on the use of Speed Limiting Device by WARSO is an adaptation of FRSC policy by other members of the organization in 2015. It was aimed at enhanced road user visibility thus aiding reduction in road collision and attendant negative consequences.

Â The organization designed Accident Report Template for the sub-region in 2012 and advised member states to key into it to enable uniformity in crash investigation and reporting system.Â  WARSO through its advocacy campaigns have revived some previously inactive countries such as Cote dâ€™ Ivoire, Togo, Niger and Senegal. Efforts are in top gear to ensure full participation of the Lucophone countries: Guinea Bissau and Cape Verde. Â  Â  Â  Â  Global recognition of WARSO: WARSO is recognized by African Union, UNECA, SSATP, UNECE, World Bank, and United Nations and it is the only sub-regional road safety body in Africa as at today. AU and UNECA are working towards replicating WARSO in other regions in the continent. Community Based Road Safety Respondents programme policy was adopted by WARSO in 2013 to train First Aiders to assisting Road Traffic Crash victims before being taken to medical facilities, particularly in remote areas. This was also a Nigerian initiative which was adopted at the general meeting of the body and being aggressively pursued by member states. Since its inauguration, WARSO has successfully held Executive, Technical and Annual General Meetings in various countries of the sub-region for upward of eleven (11) times. The idea of rotational hosting of meetings in member states was to promote friendliness, cordiality and consolidate the spirit of African brotherhood as well as give credence to the ECOWAS protocol on free movement of people and goods.Â  the theme for the celebration, â€œWARSO in the Last Decade: The Journey So Far,â€ was chosen to enable member states create public awareness on the activities of the organization in the last ten years and project future accomplishment targets.

The anniversary events whichÂ  has ended servedÂ  the following: Public enlightenment programmes: These include Motor Park Rallies, Road walk and distribution of flyers have been lined up in member states to further cement the achievements and call out for more ownership of road safety for improved accomplishment, Â  Â  Â  Â  Member states recommitment and rededication to road safety ideals: The anniversary celebrationÂ  equallyÂ  served as an avenue for member states to recommit and rededicate to the vision and fundamental ideals of the organization to realizing its goal and objectives and ultimately align to achieving a West Africa sub-region where road traffic crashes will cease to destroy precious lives and destabilize the individual state and collective economies.Â  Â  Â  Â

Dr Boboye assured the public of government commitment towards issues of road safety through increased budgetary allocation and general capacity development measures. Road safety stakeholders in Nigeria, he equally noted are equally excited about the Federal Governmentâ€™s approval of the Nigeria Road Safety Strategy (NRSS) and inauguration of the National Road Safety Advisory Council (narsac) under the chairmanship of His Excellency, the Vice President, Federal Republic of Nigeria as well as the Technical Working Group (TWG) under the Chairmanship of the Honourable Minister for Budget and National Planning. 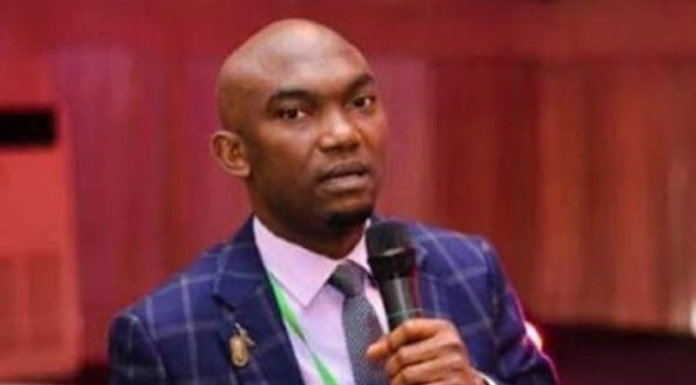