The Joint Health Sector Union (JOHESU) thursday called on health workers in Lagos, Kano and Yobe States to relax the ongoing indefinite strike in their domain following the cooperation of the governors from the above states.

The move to relax the strike in Lagos, Kano and Yobe States was as a fallout of the positive responses from the state governments in addressing several demands made by JOHESU.

Speaking with journalists last night, JOHESU Chairman, Biobelemoye Josiah, explained: â€œIt is paramount we seize this discourse to specially convey deep appreciation to state governments which have gone ahead to meet the various clamours and terms of settlement in agreements with government. This include Yobe and Lagos State which have now adjusted the CONHESS scale as demanded.

â€œThe JOHESU also expresses gratitude to the Kano State Government for ensuring good welfare package for its healthcare workforce in addition to the intervention of Governor Abdullahi Ganduje to ameliorate the on-going strike. We urge our members in Lagos, Yobe and Kano State to tactically relax the strike to accommodate emergency services in those states as a measure of goodwill.

â€œJOHESU wishes to declare once again that the crux of our clamour has always been restoration of the relativity in the CONHESS and CONMESS scale which was deliberately distorted with active government collaboration in 2014. We remain steadfast that in alignment with democratic norms and the rule of law, this desire remains very legitimate.â€

They also took a swipe at the Minister of Health, Prof. Isaac Adewole, demanding that the federal government terminate his appointment as a minister.

They stated that â€œthe Federal Ministry of Health as presently led by Prof. Isaac Adewole has constituted itself as a major hindrance to fruitful deliberation as he has never disguised his intention to symbolise the propaganda machine of the NMA through his posturing at all our meetings, which necessitated JOHESU to take a position that the negotiations were structured to fail ab-initio.

â€œProf. Adewole is on record to have insisted that the wage structure in the health sector must reckon with what was obtainable in the 1991 late Prof. Olukoye Ransome â€“ Kutiâ€™s dual salary system (MSS and HSS) which marked the beginning of persistent acrimony until it was corrected through the Harmonised Tertiary.

â€œThe duo of the Ministers of Labour and Health who are both members of the NMA have taken a position that parity must entail a basic salary differential in the emolument of health professionals and their doctor colleagues.

â€œOn May 15, 2018, JOHESU came up with a comprehensive presentation to graphically showcase the realities of the various salary scales in the health sector from 1977 till date.

â€œEven when the reality on ground shows that a fresh doctor presently enters the public service on CONMESS 3 which is the equivalent of GL 12 with a take home monthly package ofN313,000,00 per month, the closest in line who are health professionals enter public service on CONHESS 9 which is the equivalent of GL 10 with a package of N161,670.00 with a proposal to have an adjustment that takes him to a total emolument ofN190,000.00, the two ministers who are members of NMA have taken positions that these health professionals seek parity with doctors. In mathematical terms this is a significant 61 per cent differential.â€

Josiah who was accompanied by JOHESU Secretary, Ekpebor Florence, stressed that should President Muhaamadu Buhari fail to remove Prof. Adewole from office, the minister, they argued would remained â€œa major threat to public health especially at a time that the dreaded Ebola disease is currently rampaging in some African countries.

â€œThe federal government must energise the deadlocked negotiations between the JOHESU and Federal Ministry of Labour and Employment with genuine conciliators who have national interest.

Specifically, a befitting budget to offset the already compromised three options presented by JOHESU to the federal government on May 16, 2018, must be made available through interventions facilitated by the Office of the Secretary to the Government of the Federation (SGF),â€ they maintained. 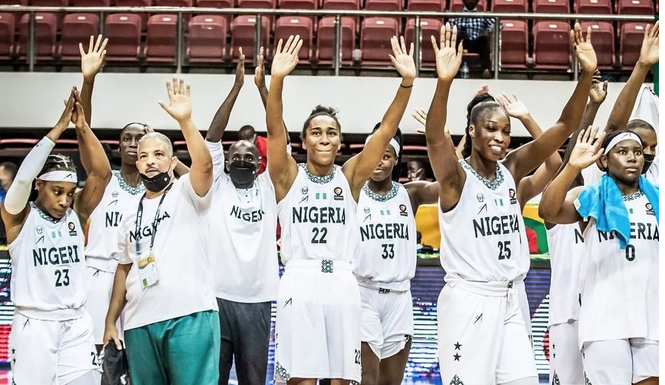