Comfort Yakubu recommends a flexible tax regime that will encourage investment, productivity and savings, and in turn will increase national income

Voluntary Assets and Income Declaration Scheme (VAIDS) was introduced by the current administration as an initiative designed to encourage voluntary disclosure of previously undisclosed assets and income for payment of all outstanding taxes.

It has been implemented by the FIRS in collaboration with all the 36 State Internal Revenue Services. The campaign commenced at the Headquarters of Ministry of Finance in Abuja with top officials of the ministry, as well as the Federal Inland Revenue Service visiting markets and other popular places to sensitise people of the need for voluntary tax compliance.

The Minister of Finance, Kemi Adeosun while speaking on the campaign earlier, said through data collected, the Federal Government has detected many people whose lifestyle do not justify the tax they pay, or who do not pay any at all. She assured such people will not be prosecuted or made to pay their tax arrears if they file the proper returns and regularize their tax payment before the VAIDS deadline which has now been moved from March 31st to June 30.

For those with assets abroad, the minister said the Automatic Exchange of Information (AEoI), to which Nigeria is a signatory will deliver data on such with or without a formal request.
In the words of Madaki Ameh a legal Practitioner, â€œthe basic justification of the state in collection of taxes remains the need to raise funds to provide amenities for the common good. Where those amenities are either lacking completely, or where they exist, are largely provided by the citizens themselves without any input from government, then the moral or legal right of the State to impose such taxes becomes suspect.

He further explained that in caring societies, the government provides a sense of belonging to all its citizens, irrespective of whether they are strong or weak. Those who are strong and able to work are consciously encouraged to engage in gainful ventures, which create wealth. Others who are not so lucky, either due to ill health or other causes, are recognised as such by the society and provided for in a caring manner.â€

â€œIn Nigeria however, the reverse is the case. The few people in government consume most of the national wealth through a bogus government bureaucracy, which adds next to no value to the lives of the people. Government recently admitted that 85% of the national budget is spent on recurrent expenditure, leaving only 15% for all other expenditure that touches the lives of the people. Meanwhile, less than 1% of the total population of the country works for government, and another very few are engaged in any form of meaningful employment.

The irresponsible way the national wealth is frittered away without any form of accountability to the people, makes public office very attractive in Nigeria. Government officials do not have to do anything for the people. If a Governor constructs a road, people hail him as having tried! They fail to realise that provision of such common amenities, is the reason for the existence of government in the first placeâ€™â€™.

Ameh explained that â€˜â€™the National Social Insurance Trust Fund is another drain pipe where workers in the organised sector are compelled to make contributions, without any hope of being able to reap any benefits from it whenever they lose their jobs, or become unable to earn an income, for any reason, as is the case in other societies where the idea was borrowed from.

In an uncaring society such as ours in Nigeria, one wonders what the purpose of taxation is. The money realised from taxes are not put to any use that people can see, and those who are unable to provide for themselves are completely neglected and left to die or make out a living by inconveniencing others. The needy are all over the place on the streets, begging for money to eat, with no hope of any provision from the social welfare departments, as is the case in other saner societiesâ€™â€™.

Speaking on the taxation policy of this current Administration, Mr. Ebenezer Landue an Economist explained that, taxation is a compulsory levy paid by citizen and imposed by a public authority. Tax is an important fiscal policy measure used by the public authority to bring about price stability, stimulate economy, redistribute income and reduce inequality. As good as taxation is, it must be flexible,

The imposition of a certain levy or tax on a group of people like VAIDS should be for a certain purpose, a certain time frame to raise income for either the payment of government debt, certain unforeseen expenditure like war, disaster etc.

The effect of a certain levy/tax changes the relationship between disposable income and national income, the effect is negative on the marginal propensity to consume of the people. When disposable income declines, national income also declines.
VAIDS most likely will be a counter-productive move from the public authority that will discourage savings, investment and hard work.

In Nigeria, government make money majorly from Pay As You Earn (PAYE) system and company income tax. If an investor/Payee after being taxed decides to use his profit after taxation to acquire a property (building) or a civil servant after saving his disposable income decides to buy a house, is it equitable for VAIDS to place a levy on their hard work? It means these people are paying triple taxes which is direct deduction from profit (income), VAT from purchase and VAIDS all government levy targeted on the productive population.

He advised that Government should have a good tax system, potent and effective able to minimise tax evasion, a wider coverage of tax payers, a simple, economic and flexible tax system geared to encourage investment, production and saving which will in turn increase national income.

– Yakubu, an intern with PRNigeria writes from Abuja and can be reached on e-mail greatwoye@gmail.com 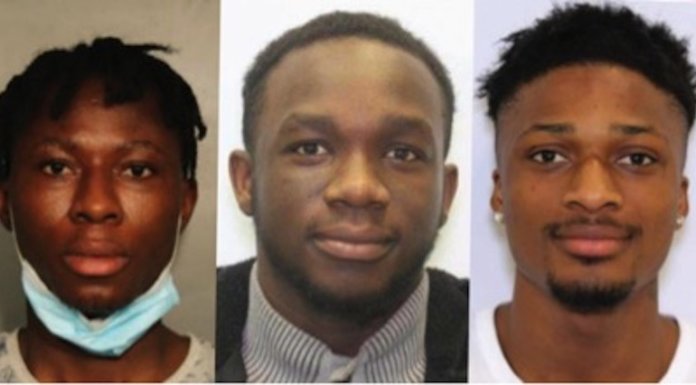