The Articles of Confederation (1781), which gave post-revolution America a lose confederation where the 13 original states operated like independent countries without a President or judicial arm of government had inherent weaknesses. Some Americans propounded federalism as the remedy. John Jay, Alexander Hamilton, and James Madison, known as the Federalists, published The Federalist Papers, which consists 85 essays espousing a new Constitution. That Constitution was eventually signed at the Philadelphia Constitutional Convention on September 17, 1787, but came into effect on March 4, 1789. For 229 years, the American people have religiously followed the laid down principles of that â€œsmall but mightâ€ document. The result is the American greatness that is globally celebrated today.

Therefore, it was not surprising that federalism became very attractive to the nationalists in search of a suitable system for Nigeriaâ€™s vast lands and diverse people ahead of independence. To Chief Obafemi Awolowo, â€œthe constitution of Nigeria must be federalâ€¦any other constitution will be unsuitable and will generate ever-recurring instability, which may eventually lead to the complete disappearance of the Nigeria composite Stateâ€. To Sir Ahmadu Bello, federalism was the â€œonly guarantee that the country will grow evenly all over, (as) we can spend the money we receive, the money we raise, in the direction best suited to usâ€. To Dr. Nnamdi Azikiwe the strength of Nigeria as a nation lies in its heterogeneous composition and the potentials that a federal structure possesses for the release of the energies of these component parts for national developmentâ€.
True to their predictions, the federal structure put Nigeria on the path of greatness to the extent that the Eastern Region became the fastest growing economy in Africa. There were giant strides and competitive development by the regions, relying on their own sweats. Nigeria was so promising.

Then 1966 coup and subsequent military regimes, which destroyed the federal foundations of Nigeria such as fiscal federalism, decentralised policing, and regionalism. Centralised policing has cost Nigeria so much in terms of human lives and property for decades, but has assumed worst proportions in recent times. Rivers of blood flow with so much torrent that one sometimes wonder if Nigeria runs on human blood.
However, it is comforting that there are many federalists like the Deputy President of the Senate, Senator Ike Ekweremadu, who have refused to give up on the struggle to restore Nigeria to the path of true federalism. Like a voice of one crying aloud in the wilderness, he has spoken extensively on the subject both within and outside Nigeria. He published the book,Â  â€œWho Will Love My Country: Ideas for Building a Nigeria of Our Dreamsâ€, which advocates true federalism.

He has championed a piecemeal restructure in the various constitution amendment processes. For instance, he has continually pushed for a decentralised policing. There is no federation anywhere in the entire world that runs on a centralised police system. Certainly not one our type of police service, which is grossly underfunded, ill-motivated, badly equipped, and too understaffed for a vast and heterogeneous nation. He has done a lecture and a recent article detailing how to structure to achieve a state/decentralised police, taking care of the various concerns expressed by Nigerians.
Sadly, just when Nigerians heaved a sigh of relief when President Muhammadu Buhari, who spoke through Vice President Yemi Osinbajo, supported the idea of state police at the Senateâ€™s Security Summit, the President recently told the Voice of America in Washington DC that it would place a heavy financial burden on the states. However, the President should note that it is not compulsory for every state. More secure states are more likely to attract investments that would boost financial standing.
Ekweremadu has also variously complained that Nigeriaâ€™s unwieldy 36 states have been reduced to wealth guzzlers, which head to Abuja with their feeding bottles for a refill every month. Curiously, those who feel they are benefitting from living on federal handouts rather than earning a better living from the abundant resources in their states see federalists like Ekweremadu as people high on local gin. Nevertheless, the Senator who did his doctoral thesis on fiscal federalism has continued to advocate it, knowing that Nigeria can never move an inch without fiscal federalism. Just as in Canada, less endowed states will benefit from Equity Fund to ensure that no part of the country is left behind.
He is a strong advocate of devolution of powers to the federating units. Unfortunately, the recent effort to transfer the railway, power, aviation, etc. to the concurrent list where states could come together or seek local and international partnerships to build the much needed socio-economic infrastructure for industrialisation and development was defeated at the floor of both chambers of the National Assembly. The federal government will thus remain a dog in the manger even in the midst of dire infrastructural deficits. What a country!

Like the late Chief Alex Ekwueme, he has preached regionalism with the six geopolitical zones as federating units. It is baffling that Nigeria with 356,669 sq. miles is saddled with a whooping 36 states. But USA with a population of 316 million people, a 3.8 million sq. miles territory, and more importantly the worldâ€™s largest economy (24.3% of the global economy worth USD18 Trillion) has only 50 states. China commands the second largest economy worth $11 trillion. She also has the largest population (1.35 billion) and an area of 3.7 million sq. miles. Yet, she has only 22 provinces, four municipalities, five autonomous regions, and two Special Administrative Regions. So, Ekweremadu believes that returning to a smart regional arrangement would help to save resources for development and address the agitations against structural imbalances.
The nationâ€™s local governments have been reduced to the oil wells of most states vide the State Joint Local Government Account. Except in a few states like Enugu under the current administration, they have no impacts on the lives of the people. Ekweremadu has canvassed the adoption of the Canadian and American systems in which the local governments are the businesses of the federating units. They do not get allocation like we have it in Nigeria. But, if they must continue to get allocations from the centre due to our local circumstances, then they must enjoy full autonomy as obtainable in India, receiving their monies as first line charge from the State Consolidated Revenue Account.

All said, the lesson in the success of American federalism and the failure of Nigerian â€œunitary federalismâ€ is simple: You cannot build a train and put it in the ocean and expect it to sail. It will keep sinking. We need more federalists like Ekweremadu, ready to devote their lives to getting Nigeria back on the track of true federalism for our childrenâ€™s sake.Â  Ekweremadu believes advocates of restructuring for true federalism must no relent, knowing that words that enter the ears cannot fall off.
Just as the jinx of constitution amendment was broken under Ekweremaduâ€™s leadership, to bring about far-reaching reforms that have lifted our electoral system, there is hope that Nigerians will one day come together to move the Nigerian train from the ocean of unitarianism to the rail of true federalism where it truly belongs. Only then will the countryÂ  run fast and smoothly.
As Ike Ekweremadu clocks 56, one can only wish him more life and strength to see the struggle to the end. Happy birthday, Ikeoha, the federalist. 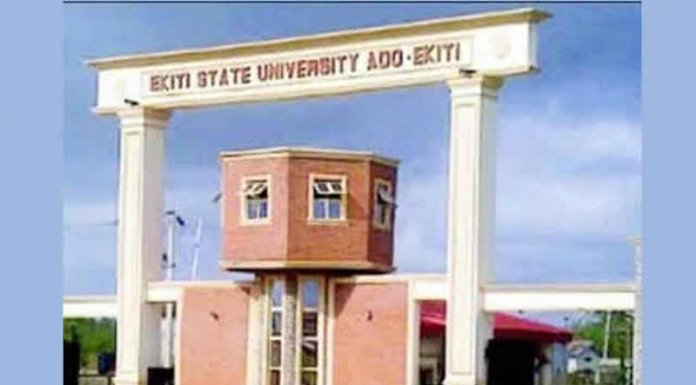