Edo State Governor, Mr. Godwin Obaseki, has said the state is working with the Nigeria Police Force as well as the Nigeria Navy to ensure a robust security architecture in Gelegele community as work progresses on the Benin River Port in the community.

The governor stated this during a tour of the Gelegele waterway in Ovia North East Local Government Area of the state on Sunday.

The governor was accompanied by the Commander, Joint Taskforce Operation, Delta Force, Rear Admiral Suleiman Opochi, and the Edo Commissioner of Police, Mr Johnson Kokumo, on the boat ride which extended to the state’s boundary with Delta State and lasted for about two hours.

Speaking to journalists after the tour, the governor said the state was planning to undertake some security initiatives in collaboration with the Navy and Police in Gelegele community hence the trip to have first-hand knowledge of the waterway.

He said the state was privileged to have a Marine Police Command, which would be sited in Gelegele community, noting, â€œThe visit to this place is also to see how much work was done by China Harbour, the company handling the project and the facilities available at the Marine Police Base.”

The governor added that a road network different from the Ekenwan route would be constructed during the execution of the Benin River Port project, to link other parts of the state and country to the area.Â

â€œA road network to link other parts of the state to this environ is contained in the feasibility study of the Benin River Port project but we have decided to upgrade the Ekenwan Road starting from the Oba Market axis,â€ he said.

Edo Commissioner of Police,Â Mr Johnson Kokumo, said the Marine Base in Gelegele community is to effectively combat crimes on the waterway.

“I was able to get the approval of the Inspector General of Police to have a base here to ensure there is adequate security in this environ,â€ he said.

Kokumo added that the Police has established a synergy with the local vigilantes in Gelegele community to beef up security in the area.

He said the tour with the governor of the Benin River Port project was to assess the terrain, which is part of the taskforceâ€™s surveillance duties.

â€œWhat we have come here for is within the confines of our mandate to protect oil and gas installations on waterways from sea robbery and crude oil theft. We have relayed the challenges in this environ to the Edo State Government and we believe it is on top of the issue,â€ he added.

Chairman, Gelegele Community, Mr. Dennis Milton, described the governor’s visit to the facilities in the Benin River Port as laudable, noting that there are assurances that the project would be actualised.

He said the people of the community are ready to guarantee security in the area and support the state government in the execution of the project. 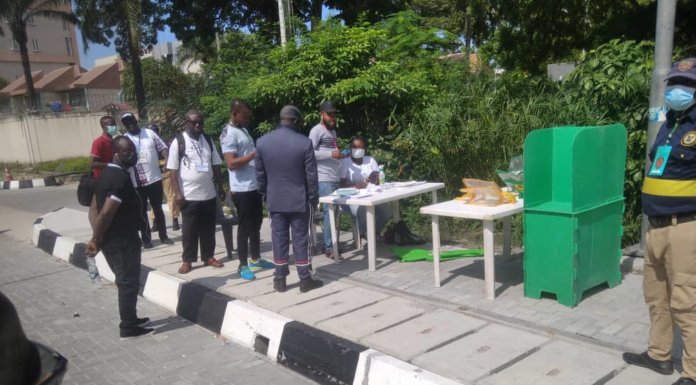