Another historic event occurred in Abuja on Monday, April 9, 2018, when the President Muhammadu Buhari declared at the meeting of the National Executive Committee (NEC) of the ruling All Progressives Party (APC) his intention to run for a second term in the 2019 Presidential poll. The wide jubilation that followed this episode across the country was a measure of confidence the Nigerian populace has in the president. It has also sounded a warning to those who are hell-bent in causing harm to Nigeria.

I could not hold my emotion as I immediately posted the news to the many WhatsApp groups I belong to and received within few hours over a thousand responses. I will relate some of these responses from friends across the country later. Due to official workload, I could not read them during office hours but I must confess that it took me over two hours at home to go through the messages many of which were from whom I do not personally know.

The choice of this topic was quite difficult for me, especially considering the situation Nigeria finds itself. It is clear that there is unabated advocacy between the Nigerian people and a Nigerian powerful political group. So, I was in a fix to choose from the words â€œcomplications, juxtapositions or lamentationsâ€ of Buhariâ€™s declaration. Whichever of the words that fits the article is apt, so long the end is justifiable. The declaration has complicated issues for some people. It has been juxtaposed with great events happening around. And it is serious lamentation for others. Generally, the implications of the declaration have far-reaching effects and results under our present circumstances.

Though having long been awaited by compatriots, it is coming at a time when some disgruntled prominent citizens have decided to mislead citizens from the good path to development which Nigeria is currently toeing and disabuse the minds of patriots against the pilot of this new dawn democracy in Nigeria. Of prominence against the reelection bid of the president are Chief Olusegun Obasanjo who sought, against constitutionality, for a third term but was frustrated out, Gen. Ibrahim Babangida who stepped aside from military rule with glaring hope of coming back to power under democracy, Theophilus Yakubu Danjuma whose tenure as Minister of Defence witnessed unprecedented massacre of armless citizens and some others who are being relieved by the current government of some assets and property belonging to Nigeria. Now that the die is cast, we must pray harder for Mr. President, for Nigeria and for the will of God and the masses to prevail. Those threatening brine and stone will be put to shame because the general elections will come and pass and Nigeria will remain intact, stronger and united. After all, the pastors of doom who wished Mr. President death before 2019 have started falling.

Immediately after the declaration, I posted â€œPresident Muhammadu Buhari has officially declared interest to run for second term today Monday, April 9, 2018. It is very good news for Nigerians. May God Almighty make it come true. Join the winning train!â€ This was the simple message that generated traffic in my WhatsApp hubs, with majority replying to my prayers with ameen, repeated more than once by my respondents.

Unlike the former presidents who preferred rented crowds for their declarations, President Buhari did it in a small hall before people he need not pay because they are patriots and progressives. The president, in his wisdom, was sure that members of his party needed to have the honour of having the great news first. That is why when people were speculating that things had fallen apart between Buhari and APC because of appointments, I was confident that all fences will be mended in due course, mostly at the right time that will please every party member. And here the time has come. The humble leader has made the executives even happier because, as the leader of the party, he pleaded for waiver for any outgoing exco member who may wish to recontest for any position in the partyâ€™s forthcoming congresses at all levels. But the aspirant must follow the constitution by resigning the current position one month before the congress.

Again, unlike other past presidents who would have preferred to announce such sensitive national statement in worship places, Buhari, who is accused by unrepentant religious bigots, did it in an open place where all cultural and religious interests are represented, at a closed-door meeting of the APC . And lastly, unlike other former President who used to keep Nigerians waiting with claims, through paid broadcasts and media decorations, of consulting God, President Buhari did his consultations silently without bordering the Nigerian citizens. 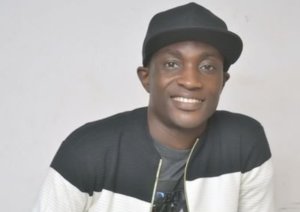