.NNPC to drill more wells in Gongola basin
Chineme Okafor in Abuja
The Nigeria Extractive Industries Transparency Initiative (NEITI) has reiterated that the slow pace of reform in Nigeriaâ€™s oil and gas industry would continue to deny her potential benefits and investments that could have come to her, warning that global oil and gas investors cannot afford to continue to wait for the country to reform her oil industry.

This is coming as the Nigerian National Petroleum Corporation (NNPC) has said that it would go back to drill four more wells in the Gongola inland basin.
NEITI said that it had taken her too long to overhaul the law enacted in 1969 with new ones that are in line with modern realities in the industry.

It added that this had resulted in her losing close to $200 billion worth of investments that could have come to her if it had new laws to guide operations in her oil industry.
The Executive Secretary of NEITI, Mr. Waziri Adio, said this at a recent symposium it organised in Abuja on the Petroleum Industry Governance Bill (PIGB) which is currently undergoing a joint harmonisation exercise by the House of Representatives and the Senate.

â€œThe value of deliberating about and triggering necessary actions on, the legal and institutional frameworks for adequate optimisation of our oil and gas sector cannot be over-emphasised. Despite that oil prices are still not back in the $100 plus per barrel territory and despite that the best days of hydrocarbons are possibly behind us, the petroleum sector as at last year still accounted for almost 60 per cent of government revenues and more than 80 per cent of our export earnings. And given the disproportionate impact of government revenues and export earnings on our economy, it will not be far-fetched to insist that this sector remains the backbone of not just our economy but also of national life,â€ he explained.

â€œFor many reasons, governing and running this strategic sector in a more transparent, more accountable, more equitable, more efficient, and more optimal manner in our collective interest. It is difficult to have a national consensus on many things in Nigeria, but there seems to be one on the oil and gas sector, and that is that the status quo is sub-optimal, despite our more than sixty years of experience as an oil-and-gas country,â€ he added.

â€œThat is why the search for better management and governance of the sector has assumed the salience that it does. But it has turned out to be a long search, as we have wandered about as if nothing were at stake and as if the world would always wait for us. But there are serious costs, and the world has not waited, and will not wait, for us,â€ he added.
â€œTime is running out on us. Our oil and gas reserves will run out, and oil will soon run out of fashion based on what is happening around alternative energy and electric cars. We have wasted so much time, at enormous costs. Time is a luxury we donâ€™t have again. The last best time to act was yesterday. The next is now,â€ he said.

In another development, the Nigerian National Petroleum Corporation (NNPC) has said that it would go back to drill four more wells in the Gongola inland basin, to in addition with the three that had been drilled before determine if the basin could give it prospective finds to continue on further exploration works there.
NNPCâ€™s Group Managing Director, Dr. Maikanti Baru, stated this recently when he was honoured by the Nigerian Mining and Geosciences Society (NMGS).
Baru, explained the four wells would be drilled to further test the prospects NNPC identified around Kolmani River-1, Nasara-1 and Kuzari-1 in 2018.
He also stated that an additional 435 kilometres of 2D seismic data would be acquired from the Chad basin as soon as normalcy returned to the region, adding that 20 kilometres of 2D seismic data out of the planned 455 kilometers had been acquired. 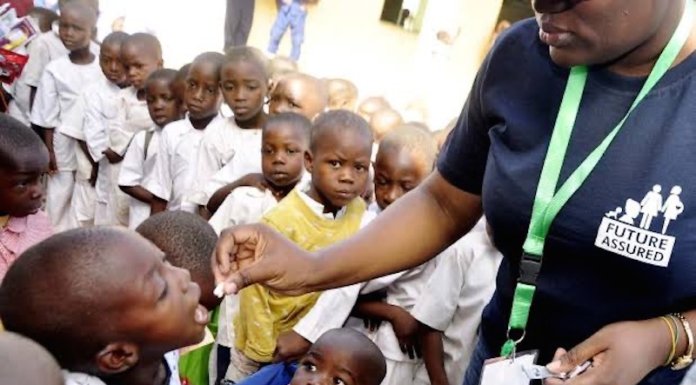