The Vice-President of Olam, Reji George has disclosed that Olam Nigeria Limited had invested about $1 billion (about N306billion) to boost Nigeriaâ€™s agricultural sector.

George made this known yesterday, in an interview with the News Agency of Nigeria (NAN) in Abuja.

He said the investment was done within its 26 years of existence in the country.

He said Olam was working towards enhancing Nigeriaâ€™s food security, boosting the countryâ€™s self-sufficiency in food production and helping it to realise its goal of becoming a global exporter of rice.

George said as part of efforts to realise its goals, Olam Nigeria Limited has set up a multi-million dollar integrated rice mill, which have the capacity to produce 36,000 tonnes of rice per annum, in Nasarawa State.

â€œThe 3,000 hectares of land under cultivation on the 6,000-hectare paddy farm, where the rice mill is located, is being increased to 10,000 hectares and will become the largest rice farm in Africa.

â€œThe mill has given direct employment to 1,000 people from the surrounding communities. The total investment in the integrated farm, the mill and other facilities amounts to 111 million dollars (about N40 billion),â€™â€™ he said.

George said that the farm was also supporting an â€œout-grower programmeâ€™â€™, through which adjacent rice-growing communities were supported with training, pre-finance support, fertiliser and seeds so as to boost their productivity.

â€œMore than 3,500 rice-growing farmers are currently engaged in training, pre-finance support and inputs supplies in order to improve their own paddy yields, and the target is the production of 16,000 tonnes of rice by 2018,â€™â€™ he said.

George said that as part of strategies to ensure that those involved in the rice value chain did not record or suffer losses, rice farmers were motivated with the provision of rice mills, while domestic markets were sought for the milled rice.

He said that in efforts to boost food production, support the farmers and make Nigeria the agricultural hub of Africa, close to 120 million dollars was spent on the poultry and animal feeds business in Kaduna and Ilorin in 2017.

â€œWe are determined to make Nigeria the agricultural hub on the continent; we are, therefore, sourcing, procuring, grading, processing and exporting other agricultural products such as cocoa, cashew, sesame and cotton,â€™â€™ he said.

The Olam vice-president said that more than 6,000 farmers in Taraba and Benue had been fully registered and equipped with farm inputs at a 50-per-cent subsidy. 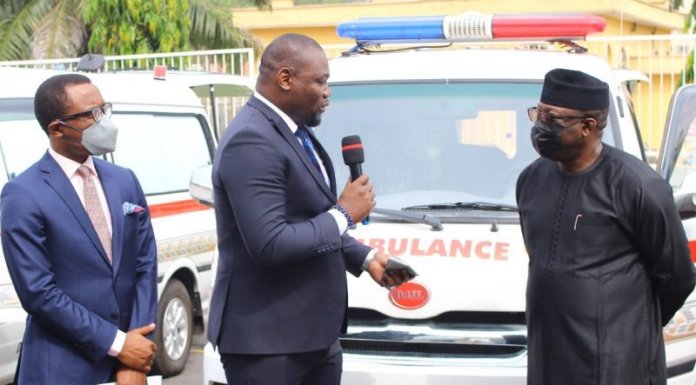