Having dropped out of the Premier League top-four after defeat by Manchester United last weekend, Chelsea willÂ tomorrowÂ visit the blue half of Manchester in their continued attempt to book a Champions League slot. Against an in-form City that have only lost a game all season, the defending champions are faced with an uphill task of coming out unruffled as the runaway league leaders have never hidden their intention to pocket the title as quickly as possible

Manchester City are continuing to tighten their grip on the Premier League title after each week, having won four of their last five fixtures at a canter. The Premier League leaders currently hold a 16 point advantage over second-placed Manchester United, leaving City within just five wins of clinching the title.
Following defeat at Old Trafford last week, Chelsea dropped out of the top four as they were finally punished for their poor run of form.
Chelsea have lost three of their last four Premier League fixtures, with worrying defeats against the likes of Bournemouth, Watford and Man United putting manager Antonio Conte under immense pressure.

With the top four having slipped through their hands last week, the Italian has a job on his hands keeping Chelsea in touch with their rivals.
As the likes of Liverpool and Tottenham are both beginning to hit top form, the Blues are doing the opposite. A gap is growing between Chelsea and Jurgen Kloppâ€™s side, while worry at Stamford Bridge is starting to creep in.
Just 12 months earlier, Conte had his side cruising towards the Premier League title. This season itâ€™s been a different story, but also an all too similar one at Chelsea.
Yet another successful manager is seemingly beginning to lose the dressing-room and the backing of the clubâ€™s hierarchy, with Roman Abramovich yet again struggling to find stability at the Bridge.
Manchester City boss Pep Guardiola has made it very clear he thinks his side need to focus on each game coming up, and canâ€™t look too much about being Champions come the end of the season, or they will take their foot off the pedal and could well end up slipping up.

Ahead of the Chelsea game this weekend and their Carabao Cup win, he noted that the club want to be the best in England, and while theyâ€™re tired, having played last Sunday and againÂ on ThursdayÂ â€“ beating Arsenal both times, they will have enough in the tank to beat the Blues.
â€œStill five games wins needed, 10 games left. But we canâ€™t think too much because the last champions, Chelsea are coming. We have not recovery but hopefully the desire to be the best team in England. We must forget our tiredness and hopefully weâ€™ll win the game,â€Â  Guardiola told Standard Sport.

Manchester City might be chasing their title win that looks all but certain at this point, but Chelsea have a different kettle of fish altogether.
The Blues know another season out of the Champions League simply isnâ€™t good enough, and it would mean that was two out of the last three seasons theyâ€™ve finished outside the top four â€“ and despite winning the league before each occasion and slip up, it wonâ€™t please the board or owner.

Failing to finish in a Champions League spot could well cost Antonio Conte his job â€“ yet it is still tight, and while Chelsea have tough games left, so do the other sides fighting for the places around them, and that will at least offer some hope going forward even if they do lose to City.
With just 10 games remaining in the season, the former Juventus manager must identify a plan of how he will guide his side back into a Champions League qualifying spot starting in ManchesterÂ on Sunday.
When the sides met at Stamford Bridge earlier this season, Man City won 1-0. The match was settled by a brilliant solo effort from former Chelsea midfielder Kevin De Bruyne.

Meanwhile, Kyle Walker is a doubt forÂ Sundayâ€™sÂ clash having picked up a knock in Cityâ€™s 3-0 win at the EmiratesÂ on Thursday, Raheem Sterling looks set to return back into contention having overcome a hamstring problem.

Fabian Delph remains suspended as he serves the third and final game of his three-match ban, while Fernandinho and Benjamin Mendy remain sidelined through injury.
On Chelseaâ€™s part, Ross Barkley and David Luiz are both set to miss the trip for Chelsea as they recover from injury and Tiemoue Bakayoko is also a doubt having picked up a knock.
Meanwhile, Liverpool can go second, at least temporarily, if they beat Newcastle United at Anfield in the Premier League today. The Reds are in a fine run of form and can leapfrog rivals Manchester United, who aren’t in action untilÂ Monday.
By contrast, the Magpies need the points to fuel a survival bid that has been stuttering recently. Newcastle are 15th, just two points above the drop zone.

Unfortunately for manager Rafael Benitez, who won the UEFA Champions League and FA Cup during his time at Liverpool, the visitors won’t arrive on Merseyside brimming with confidence. The former Real Madrid boss saw his side blow a two-goal lead to draw 2-2 at Bournemouth last time out.
There is a bonus for Liverpool’s defence since Newcastle strikers Islam Slimani and Dwight Gayle are both expected to miss out because of leg injuries, per Tom Cavilla of the Liverpool Echo.

Naturally, though, most of the focus will be on the Reds’ thrilling front three. Mohamed Salah, Sadio Mane and Roberto Firmino were all on the scoresheet in last week’s 4-1 demolition of West Ham United on home soil.
Salah is the star, having netted an eye-catching 31 goals during his first season at Anfield. The Egypt international’s pace, subtle movement and range of finishing will provide a major challenge to Newcastle’s defence.

Benitez has some quality along the back four, though, particularly in the form of centre-back Jamaal Lascelles. The 24-year-old’s stock is rising amid a string of impressive displays.

Newcastle will need to keep the door closed at the back for as long as possible and hope to profit on the break. Creative winger Matt Ritchie can fashion and take chances if afforded time and space, but ex-Liverpool playmaker Jonjo Shelvey will miss out with a knee problem, per Goal.

Space could be available, since Liverpool’s midfield will lack some athleticism and technique with Georginio Wijnaldum laid low by illness, per Tom Doyle of the London Evening Standard. However, Jordan Henderson, Emre Can, James Milner and Alex Oxlade-Chamberlain are still available.

Aside from the strength of manager Jurgen Klopp’s squad, the Reds can also take heart from their impressive home form. The Reds are unbeaten in 14 home matches in the league, according to the Liverpool Echo’s Kristian Walsh.

Buoyed by home advantage, Liverpool should have enough in forward areas to deny Benitez a welcome return. Instead, the Spaniard’s old club can push his current one deeper into the relegation mire. 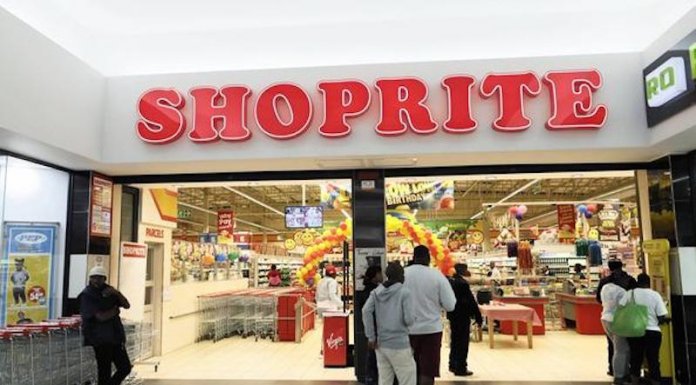