The movie â€œIn a strange landâ€ produced by Roseline Sanni-Ajose (â€œRSAâ€) has been slated for release across Nigerian cinemas from March 2. Having had successful premieres of the movie in London and Lagos, the popular UK based Nollywood star with a plethora of International Awards in her kitty unveils the thematic content revolving around modern day slavery (Human trafficking) in this awesome movie.

In a strange land is based on a true story and tells of a young lady trafficked from Nigeria to England for domestic servitude to a working class family. She is elated at the prospects of having a better life in the UK but things donâ€™t go as planned. Dictatorial laws are set forbidding her from having contact with the outside world followed swiftly by the oppression, molestation, emotional torture and cruel beatings. She fears for her life and the Post man whom she secretly communicates with through the letter box slot suspects foul play, a case of Human trafficking and urges her to run away and report to the police. Things are however complicated, sheâ€™s there illegally, and thereâ€™s the fear of deportation/ imprisonment, her employers would get into trouble with the Law and thereâ€™s her poor family back in Nigeria depending on her earnings and rooting for her to deliver them from the poverty stricken state. She finally makes a decision that sets her on course for the unexpected!

The movie parades UK based actors and actresses with a high pedigree in the Industry; the sensational Ngozi Thompson- Igwebike, the beautiful and charismatic Roseline Sanni-Ajose, Charming Toyin Moore, awesome Sam Obiago, Larry King, William Kemeh, Judith Chukwu, MA Benson, Kevwe Ogunje and veteran Lucien Morgan (Internationally known for American Werewolf in London(81), Futures (2015), The Don (2016) among others. It was directed by the highly creative Teri Ekuerahare and was co-produced by William Kemeh.

It is an emotionally gripping tale told with delicate sophistication blended with suspense, intrigue, as it unravels the turbulent path people in the quest for a better life outside the shores of their countries forcefully walk upon. The discovery of modern day slavery in Libya shook the world and puts a seal on this, accounting for a fraction of this crime which also operates in various countries. The movie raises the awareness of same invariably enlightening Africans at home and in the Diaspora on how and what to look out for when the appalling crime is being perpetuated.

In A Strange land was sponsored by Portsmouth University (Film Department), powered by Roseline Sanni Ajoseâ€™s â€˜Inspiration Productionâ€™ and is being distributed by Metro Classic Pictures. 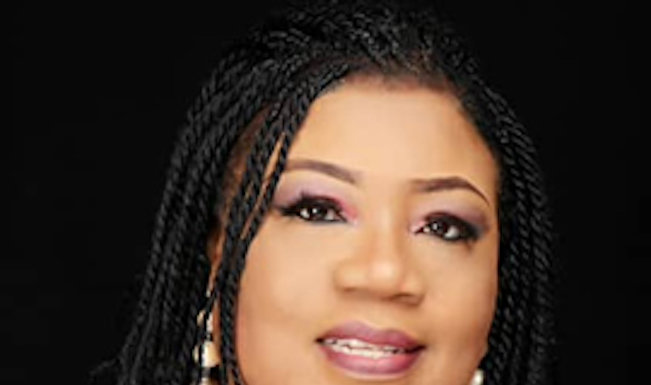