Top players in Nigeriaâ€™s Decentralised Renewable Energy (DRE) market have set up a multi-stakeholders taskforce to push through their target of providing access to modern, clean and affordable electricity to 20 million Africans, including Nigerians.

The taskforce, which was recently inaugurated in Abuja, comprises the Power for All, US Global Development Lab, Power Africa, USAID-Nigeria, and FHI360 amongst others. They will be seeking to accelerate the deployment of modern energy sources to this number of un-electrified Africans.

A statement issued to journalists after the launch explained that the taskforce has over 32 members drawn from amongst government, donors, renewable energy companies, development finance institutions, investors, civil society organisations, and trade associations.

It added that the collaboration was formed under the Scaling Off Grid Energy (SOGE) Grand Challenge for Development – a partnership upon which the 20 million households in Sub-Saharan Africa countries could gain access to modern, clean and affordable electricity.

According to the statement, DRE solutions which could be used to achieve this objective range from stand-alone systems to mini-grids and mobile solar farms. It noted that they have the advantage of being readily available, affordable and immediately deployable.

â€œThis allows the delivery of energy access in a number of days â€“ versus the years it takes to site, permit, build and manage a traditional centralised fossil fuel grid system â€“ and can be an important tool for Nigeria to better exploit the full range of its renewable energy resources, especially with delivering energy to last-mile communities,â€ it said.

It further stated that the taskforce was a coordination group formed to identify and implement a multi-stakeholder approach to accelerating the end of energy poverty in Nigeria, further adding that its goals include identifying priorities, supporting specific stakeholder-led actions that will accelerate the expansion of off-grid energy in Nigeria.
â€œThis is in line with the goals and vision of the Nigerian governmentâ€™s commitment towards increasing power access in Nigeria and increasing the rate of electrification to rural areas,â€ it added.

It stated that the taskforce would also builds on Power for Allâ€™s Call to Action which was done in March 2017, and at which DRE stakeholders made individual credible commitments to take action in support of and to accelerate the DRE market.
Speaking on the development, Roseann Casey, who is the Nigerian lead for Power Africa, said: â€œPower Africaâ€™s approach is based on partnership. We value the opportunity to be part of this important dialogue with diverse stakeholders who are eager to find both opportunities and solutions in the off-grid space.â€

Also, Christina Blumel of FHI 360, stated: â€œWe are very happy to have the opportunity to work with Power for All in launching the Task Force, and to see the engagement and enthusiasm around DRE in Nigeria.â€
The statement also quoted Kristina Skierka, the CEO of Power For All to have said: â€œThere are numerous barriers that have prevented the Nigerian DRE sector from growing to its full potential.â€

Skierka, added: â€œThe launch of this taskforce is certainly the beginning of an energy revolution that gets partners and stakeholders in the industry, working together to unlock these barriers, accelerate the market and provide energy services to last mile communities trapped in energy poverty across Nigeria for years.â€
The President of the Renewable Energy Association of Nigeria (REAN), Mr. Segun Adaju, also said: â€œThe DRE taskforce is coming at the very right time to support scaling of off-grid energy. It will support in removing the barriers that have held back the adoption of off-grid power by bringing the relevant stakeholders.â€ 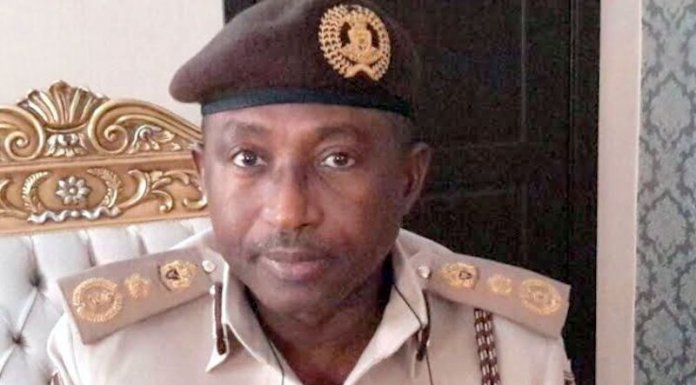