A Ben Enwonwuâ€™s portrait of the Ile-Ife royal princess Adetutu Ademiluyi, painted in 1974, will make a cameo appearance at Bonhams Africa Now sale in London on February 28. Okechukwu Uwaezuoke reports

BONHAMS AFRICA NOW SALE
Tutuâ€™s almond-shaped eyes seem glazed over in a reverie. They are riveted on something somewhere in the distance, to the viewerâ€™s left. Could she have been startled? Or, perhaps, flattered by the groundswell of aficionadosâ€™ interest swirling around her?

Whatever. This is one painting, whose hidden message from the past seems lost on most of its viewers. Painted by Ben Enwonwu â€“ who was once bitten by the Negritude bug after his encounter with its key actors at the first Congress of Black Writers and Artists in Paris, held in 1958 â€“ it savours of a brazen romanticisation of the African womanhood.

Even with her back half-turned to the viewer, the coffee-complexioned damsel strikes a regal pose in her traditional Yoruba attire. Perhaps, her straight narrow nose and thin lips â€“ features which are not normally associated with the Negroid race â€“ must have aroused the romantic streak in Enwonwu. But, the maiden, who could easily have passed for a Fulani girl, was none other than Adetutu Ademiluyi, a member of the Ile-Ife royal family. She was, the late Nigeriaâ€™s iconic artist would later discover, a granddaughter of the then O’oni of Ife.

This encounter took place sometime in 1973. Enwonwu was on a visit to the Yoruba monarchâ€™s palace. His bid to get Adetutu to sit for a portrait were at first not enthusiastically considered by her parents. But the latterâ€™s reluctance soon caved in to Enwonwuâ€™s persistence. Hence, between that year and the following year, three versions of this portrait painting â€“ which became so to speak Nigeriaâ€™s equivalent of â€œMona Lisaâ€ â€“ were produced.

Come Wednesday, February 28, an original version of â€œTutuâ€ â€“ painted in 1974 â€“ will lead Bonhams Africa Now sale at its 101 New Bond Street outlet in London. The sale will also be broadcast live to a Bonhams auction event at The Wheatbaker Hotel in Lagos, a pioneering move which will allow bidders participate in real time. This means that the event, which kick off at 5 pm in London, will start broadcasting live from 6 pm in Lagos.

There is a good reason why Tutu is generating so much interest. Enwonwu, as the story goes, never sold the original â€œTutuâ€. Indeed, this painting reportedly never left his private collection until his passage in 1994. Even so, signed copies of this 1973 oil on canvas paintings have found their way into many private collections in Nigeria. Consequently, the whereabouts of all the three original paintings remained hitherto officially unknown. This would explain the legendary long search for â€œTutuâ€, especially for the original of this oil on canvas painting done in 1973. Also a mystery are the whereabouts of the third â€œTutuâ€. So, that leaves the version up for sale at Bonhams as the only known original example of the image.

Now, the discovery of the current picture for sale stirs up a maelstrom of aficionadosâ€™ interest in the paintings. â€œIt amounts to the most significant discovery in contemporary African art in over fifty years,â€ the Nigerian-born Booker Prize winning novelist Ben Okri enthused in the spring edition of Bonhams Magazine. â€œIt is the only authentic â€˜Tutuâ€™, the equivalent of some rare archaeological find. It is a cause for celebration, a potentially transforming moment in the world of art.â€

â€œThe portrait of Tutu is a national icon in Nigeria, and of huge cultural significance,â€ Bonhams Director of Modern African Art, Giles Peppiatt corroborated. â€œIt is very exciting to have discovered the only painting of the series that we now know still exists. Its appearance on the market is a momentous event and we expect it to generate enormous interest.â€

That the painting, which was obviously of great personal significance to Enwonwu, would later be seen as a symbol of national reconciliation for a post-conflict Nigeria is not surprising. After the bitterly-fought 30-month Nigeria civil war of the late 1960s, such wound-healing symbolic gestures like an ethnic Igbo artist romanticising a Yoruba princess in a painting were welcome.

There are the obvious traces of Enwonwuâ€™s romance with the Negritude movement on his depiction of the Ile-Ife princess. In a nod to the artistâ€™s adherence to the cultural movement launched in Paris in the 1930s by Francophone African and Caribbean intellectuals, Tutuâ€™s aristocratic mien proclaims the dignity of African womanhood. In her traditional attire, the dark-skinned beauty celebrates the African ideal, which references with pride.
â€œI will not accept an inferior position in the art world,â€ Enwonwu was quoted in Financial Times to have told BBC in 1958. â€œNor have my art called â€˜Africanâ€™ because I have not correctly and properly given expression to my reality.â€

Still, the artist managed to straddle two worlds â€“ one representing his pan-African identity and the other, his connections to colonial rule. Was he not, after all, an art adviser to both the British and Nigerian governments in the post-independence era?

â€œEuropean artists like Picasso, Braque and Vlaminck were influenced by African art,â€ Enwonwu further argued in the chat with BBC. â€œEverybody sees that and is not opposed to it. But when they see African artists who are influenced by their European training and technique, they expect that African to stick to their traditional forms â€¦ I do not copy traditional art…â€

There is no doubt about the fact that the re-emergence of an original â€œTutuâ€ has made a lot waves among aficionados. But, Enwonwuâ€™s renown as the trailblazer of Nigerian Modernism will make a difference on how well it performs at the forthcoming Bonhams sale. The works of the Goldsmiths, the Ruskin and the Slade art schools alumnus are keenly sought after not just in Nigeria, but also among collectors worldwide. Indeed, his works can currently be found at Tate, the Smithsonian, Fisk University Museum and the National Gallery in Lagos, as well as in several private collections including the British Royal Collection.

At the Bonhams Africa Now â€“ Modern & Contemporary Art sale, held on October 5 last year in London, three works by the man, after whom the Enwonwu crater on the planet Mercury is named, led the pack as top-sellers. Two of his works â€“ â€œNigerian Symphonyâ€ and â€œFemale Dancerâ€ â€“ sold for Â£112, 500 each while the third one, â€œNegritude on Redâ€, sold for Â£106,250.

Meanwhile, the February 28 Bonhams sale also includes a sketch made by Enwonwu for his portrait sculpture of Queen Elizabeth II, which was commissioned to commemorate her visit to Nigeria in 1956, and a Yusuf Grillo painting, titled â€œThe Three Evangelistsâ€, which was produced in 1964.

To produce the bronze statue of the Queen, which was to be installed in the Nigerian House of Representatives as the country prepared itself for independence in 1960, Enwonwu was availed a studio space at Buckingham Palace. This was where he made a number of preliminary sketches in watercolours â€“ including the work for sale â€“ capturing Her Majesty from the front and in profile.

The Queen was reportedly pleased with the finished bronze work and commissioned Enwonwu to create a likeness of Prince Charles. Curiously, the work, which was first presented at the Tate Gallery in London in 1957, was criticised by the British press for â€œAfricanisingâ€ the Queenâ€™s features. 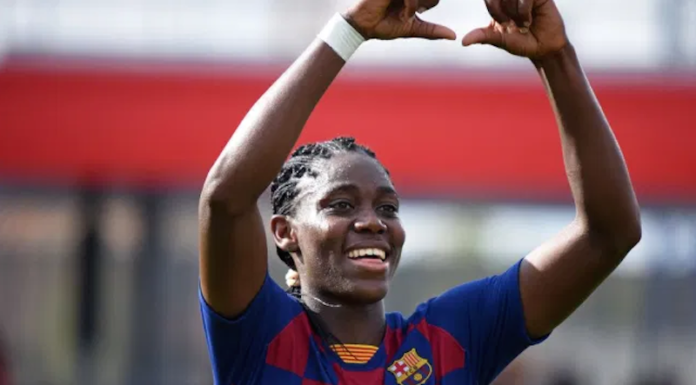