Few days to the elective national convention of the Peoples Democratic Party (PDP), former Minister of Interior, Abba Moro, has said there were signs indicating that the party is still rolling in the same mistakes of the past that led to its downfall in 2015.

Moro, a top member of the PDP who made the observation in a statement he personally signed and obtained by THISDAY, noted that the failure of the party to adjust itself and move away from impunity, indiscipline and the practice of imposition of candidates, was clearly responsible for its woeful outing in the recent Anambra State governorship election.

His words: â€œOne major factor in the resounding defeat of the PDP (in Anambra gubernatorial election) was the internal wrangling within the party following the disputed outcome of the partyâ€™s governorship primary. Those who felt that they lost the primary to intrigues and manipulations by powerful party members were not listened to. Rather, they were characterised as sore losers.

â€œThe PDP bigwigs and kingmakers boasted that they would route the governance of the APGA and Obiano in Anambra State. Aspirants of the party felt aggrieved. They complained but the party claimed they were irrelevant. What followed was a gale of suspensions and threats of expulsions. They refused to work for the partyâ€™s candidate, Obaze. They played the spoilersâ€™ roles during the election. PDP lostâ€¦

â€œFew days to the election, Anambraâ€™s governorship failure and indications of the forthcoming national convention, have we learnt any lessons? I am afraid, the signs are not too good. Like a recurring decimal, party members are grumbling. They are crying hidden agenda. They are crying manipulation. They are crying impunity. Yet the leadership of the party is discountenancing them as ranting of ants. From all indications, we have not learnt any lessons from PDPâ€™s inglorious past. The sad tones of the past â€˜money bags are hijacking the party, he who pays the piper dictates the tune, self interests rather than party interests appear to command the mindsets of party membersâ€™. Sadly, unfortunately, this is catching traction with many party members. Very, very sadly, the PDP is going to once more fail this litmus, final test to regenerate and survive. The Game Changer? Money!â€

The ex-minister said it would be disastrous if the PDP cannot use the December 9, 2017 convention to consolidate, rebuild and strengthen the party, after it was rescued by the Supreme Court from a protracted crisis that would have brought about its total collapse.

He expressed sadness that the zoning principle inserted in the PDP Constitution to ensure fairness, equity and justice was fast becoming the albatross of the forthcoming convention, adding that â€œNarrow and private interests of party members appear to be guiding party actions. Those who are pushing for these narrow selfish interests to impose an unpopular not generally accepted leadership are guilty of the inglorious impunity syndrome of the past.â€
The PDP chieftain further stated: â€œThe current leadership of the National Caretaker Committee (NCC) must rise up to this leadership challenge. Members must take all necessary measures to protect the interest of the PDP and resist the temptation of trying to foist on the party a leadership that is perceived to be procured to serve their narrow and selfish political ambitions. They would be failing in their sacred duty to the party if they fail to correct the errors of the past.

â€œThe leadership of the NCC must not be seen to conspire or collude with any person(s) to short change the national convention process especially as it concerns the election of party officials. Today, from all indications, the narrow and selfish interests of the so-called godfathers and stakeholders, constitute grave dangers or threat to the survival of the PDP as a formidable political party in oppositionâ€¦ If this leadership of the party cannot get it right at the December 9-10 national convention but rather pander to the selfish interests of the so-called powerful stakeholders, then we must all forget about a brand new PDP capable to wrest power from the ruling APC. A failure to elect a credible party leadership through a transparent, just and fair convention will signpost the beginning of the end of the Peoples Democratic Party, the PDP. Nigeria is watching!â€ 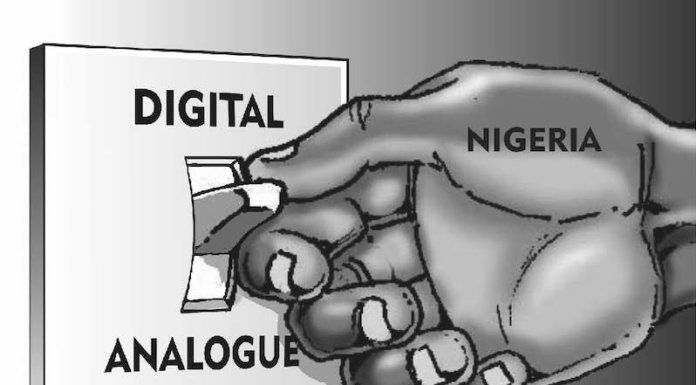