Since independence in 1960, Nigeria had made several attempts at identifying her citizens. Unfortunately, each attempt had left the country worse off, leaving trails of failures and multiple databases that add no value to national existence. Perhaps, more worrisome is the fact that the country had sunk billions of Naira into pockets of data capturing exercises for identification purpose, but none could stand as a reliable database for national development.

Interestingly, the establishment of the National Identity Management Commission (NIMC) through the NIMC Act of 2007 had created the pathway for Nigeria to achieve a true national identity database that will be all-encompassing and it is time for the country to focus all energy on this important agency for a word-class identity database.

Through the NIMC Act, NIMC is empowered as the primary legal, regulatory and institutional mechanism for implementing Governmentâ€™s reform initiative (in the identity sector) as contained in the National Policy and NIMC Act, Sections 1, 2, 5 and 6. The agency is also saddled with the mandate to operate and manage the National Identity Management System (NIMS), carry out the enrolment of citizens and legal residents as provided for in the Act, create and operate a National Identity Database and issue unique National Identification Numbers to qualified citizens and legal residents

Of course, the journey, as expected, has not been smooth for NIMC as a Commission saddled with this onerous task of identifying and capturing over 180 million Nigerians, home and abroad, into one central database. Indeed, with the huge technological infrastructure required and the scarcity of resources to meet the needs, credence must be given to current management of the Commission, under the leadership of Engr. Aliyu Abubakar Aziz, which in the space two years has captured over 16 million Nigerians. This has brought the figure of enrolment for National Identification Number (NIN) to 23.3 million compared to the seven million recorded by 2015.

In todayâ€™s world, the importance of national identity to economic growth cannot be overemphasised; indeed, there is a growing recognition of the importance of identification for sustainable development globally. For instance, the role identity plays is recognised formally in target 16.9 of the Sustainable Development Goals, which calls for providing â€œlegal identity for all, including through birth registrationâ€ by 2030. Identification is also an enabler of many other development targets, from social protection to financial inclusion to women’s empowerment.

Identity is essential to realising political and social rights and to participate in a modern economy. Indeed, a well-functioning ID system can strengthen state capacity and reduce corruption and waste by making programmes and subsidies more effective and transparent. Effective identification, including for remote and electronic transactions, can reduce transaction costs and create economic opportunities, including for the poor.

For a country like Nigeria with myriads of security challenges, one needs not be told how immensely helpful the creation of a centralised identity database of all Nigerians will be in addressing insecurity. Indeed, experiences in many developed countries have shown that all security agencies rely on information from centralised identity database to perform their functions flawlessly, thus the governments place premium on identification in their budgeting plans. Most of countries spare no resources, indeed, they put all resources required, into not just having the right infrastructure for a central identification database; they provide even more resources and funding as well as skilled manpower to maintain such centralised identity database in a sustainable manner. Little wonder criminals in those places can hardly go uncaught!

With these and many other benefits that Nigeria stands to reap from the creation of a central identity database, it is worrisome that NIMC as the agency charged with these huge responsibilities is handicapped by lack of fund, thus, has not been able to move at the pace it desperately wishes to. Several media reports have pointed out that the agency lacks adequate equipment and the financial strength for logistics needed to carry out its duties.

Indeed, the Director General of NIMC, Engr. Aliyu Aziz, categorically stated that in 2015 when he assumed office, he inherited a budget which was just two per cent of what was required for the year. Unfortunately, the poor funding has continued to hamper the agencyâ€™s activities, such that it could not produce the physical cards for many Nigerians that have been captured.

But despite this challenge, NIMC has kept its head high with enrolments, as it continues to encourage Nigerians to enrol for the National Identification Number (NIN), which is even more important than the physical identity card. The NIMC DG while advising Nigerians on the importance of the NIN recently described it as a most crucial feature of their entire life as it is the unique identifier for all in Nigeria.

Of course NIMC would like to issue Nigerians with the physical multipurpose electronic Identity Card, but it cannot do so due to lack of funds! It behoves government to provide NIMC the funding it requires, to enable the commission meet the fundamental needs of Nigerians to have the national identity card without having to wait for eternity after enrolling and receiving the NIN.

However, Engr. Aziz advises Nigerians to view the NIN the same way Social Security Number is regarded in the United States, the National Insurance Number in the United Kingdom, or AADHAR number in India. “What is common in all the countries I mentioned is just the number. Therefore, you need a unique NIN from cradle to grave,” he emphasised in a recent statement issued by Mr. Loveday Ogbonna, Head, Corporate Communications Unit of NIMC.

Demonstrating that the agency is still up and doing despite the challenges, the NIMC boss advised Nigerians and residents to present themselves to be enrolled for the NIN to avoid the usual rush that may arise with enforcement of the mandatory use of NIN for transactions and access to services as stipulated in NIMC Act of 2007, Section 27. The DG NIMC noted that “by law and along the entire lifecycle of individuals in Nigeria, you need to present your NIN whenever you need to be identified for services such as passport issuance, banking services, land transactions, insurance services, pension, health insurance, payment of taxes, voter’s registration, consumer credits, and all government services,” he said.

“In all these there’s nothing temporary about the NIN slip issued after registration,” he said, in apparent reaction to questions and enquiries in some quarters where some Nigerians had asked whether the NIN is a temporary feature while the physical electronic Identity Card is yet to be issued, and added that â€œthe NIN is your identity and is considered more important than the card.â€

With such devotion and dedication by an agency not adequately funded, it can only be imagined how fast it could have moved with this all-important identification project were the necessary fund provided adequately. It is time for the Nigerian government to realise that whether as a tool for security through which terrorism and influx of illegal aliens can be fought; whether as a tool for taxation where each unique unit becomes taxable entity; whether as a channel for accessing social welfare by citizens; identity is indeed the most valuable asset that countries cherish and hold dear. Nigeria will be doing well to follow the same line in budgeting adequately to have a credible identity system where every citizen is captured and has the unique number.

And while the agency is under the supervision of the Presidency, the National Assembly will be doing Nigerians a great favour by standing up to the challenges confronting this agency in the area of funding. NIMC is a national asset and a national pride and it must be treated in such way through the right funding.

For Nigerians who are yet to go for the enrolment, this is the right time to do so and obtain the NIN, because a time is coming, and soon it is, when this will become compulsory for all Nigerians. It is better to get enrolled now before the enforcement of this as the prerequisite for accessing government services.

Obviously, this has been the closest Nigeria has ever got to achieving this laudable goal of having a central national identity database and the agency in charge has proven that it is capable of delivering this mandate if given the required funding and supports.

We must not let this opportunity slip by again.

– Ade, a public affairs commentator, wrote in from Abuja 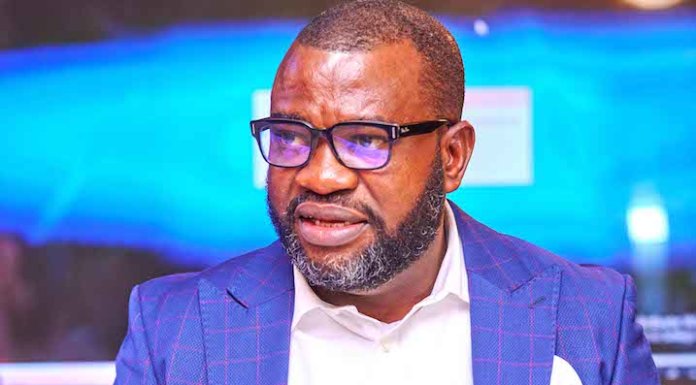