In a clear demonstration of renewed commitment to make sure corruption and financial crimes cases are determined faster, the Acting Chief Judge of the Federal High Court, Justice Abdul Adamu Kafarati, has announced a major reshuffle of judges.

In the shake-up, announced on October 3, ten judges have been transferred from their present divisions to other divisions across the country.

A copy of the circular obtained by THISDAY at the weekend reads: “In view of the recent circular by the Hon. Chief Justice of Nigeria regarding the need to clear corruption and criminal cases, I have decided to reshuffle the current posting of judges as contained hereunder.

“The judges affected by this transfer are expected to resume in their new divisions on the 23rd October, 2017 and they are to take over the residence occupied by the judges they are taking over from.”

The directive that judges affected by the transfer should take over residence occupied by those they are taking over from may be aimed at ensuring quick relocation of all the judges to their new stations.

Others are: Justice Uche Nma Agomoh, an indigene of Abia State who currently sits at the Port Harcourt division, will now to resume at the Ekiti division; Justice F.O. Giwa-Ogunbanjo, who hails from Ondo State, moves from Abeokuta to Port Harcourt; Justice Adamu Turaki Muhammed from Jigawa State currently sitting at the Abeokuta division now moves to Port Harcourt; Justice Ibrahim Watila from Borno State, who presently sits at the Port Harcourt division, moves to Abeokuta; and Justice A.M.Z. Anka from Zamfara State, moves from Lagos to Yola.

During the special session of the Supreme Court to mark the commencement of the 2017/2018 legal year, the Chief Justice of Nigeria, Justice Walter Onnoghen, had expressed concern at the slow pace at which corruption cases were determined by the courts.

He said: “We, in the judiciary are fully aware and in fact worried by concerns expressed by members of the public on the very slow speed with which corruption cases in particular are being heard or determined by our Courts.”

The CJN then noted that although the Administration of Criminal Justice Act contains many commendable provisions aimed at speeding up the process of criminal prosecution generally, it was clear that, “we still need to employ more strategies to support and strengthen this law in fast tracking the criminal justice system.”

He consequently directed all heads of courts to compile and forward to the National Judicial Council, comprehensive lists of all corruption and financial crime cases being handled by their various courts.

He also directed them to designate in their various jurisdictions, one or more courts, depending on the volume of such cases, as special courts solely for the purpose of hearing and speedily determining corruption and financial crime cases.

“Where such cases come on appeal, to either the Court of Appeal or the Supreme Court, Special Dates on each week, shall be fixed solely for hearing and determining such appeals,” Onnoghen had said.

The CJN also followed his directive to heads of courts to designate special courts to hear corruption cases by appointing a retired president of the Court of Appeal, Justice Ayo Salami the head of the Corruption and Financial Crime Cases Trial Monitoring Committee (COTRIMCO).

Among others, the committee has the responsibility of ensuring that both trial and appellate courts handling corruption and financial crime cases key into and abide by the renewed efforts at ridding the country of corruption.

The committee is made up judges and legal practitioners.

But the Socio-Economic Rights and Accountability Project, (SERAP) has asked the Chief Justice of Nigeria, to remove legal practitioners from the committee.

In an open letter to the CJN signed by SERAP’s Executive Director, Mr Adetokunbo Mumuni, the civil society organisation stated that allowing legal practitioners to be members of the committee will result in conflicts between the work of the committee and the private practice of some of its members who are handling high-profile cases of corruption involving politically exposed persons (PEPs).

SERAP therefore asked the CJN ‘to urgently revisit and review the composition’ of the committee.

The 15-member committee has judges and senior lawyers as members. 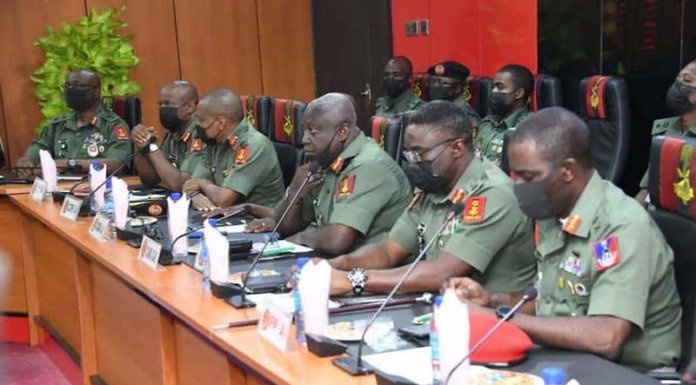