I have the fear that if I donâ€™t write, my blood will freeze. So I asked around and read about the experience of other writers.

Below is what they said about their addiction: The first by Caroline Peckham, bestselling fantasy author, is real fun but true. She is addicted to writing as Stephen King, Maxim Uzoatu and Mike Awoyinfa are.

Caroline Peckham: As I begin writing this Iâ€™m literally starving. But before breakfast I wanted to get this blog post up because itâ€™s been whizzing around my mind before I went to sleep last night and in the few seconds after I woke up today (okay I had a lie-in donâ€™t judge me!)
So yes, I am obsessed with writing. I know this because (clearly) it comes before food and is therefore now at least as essential in my list of things to do today. (Alright I wouldnâ€™t die if I stopped writing butâ€¦.my soul might? Too far? Probablyâ€¦)

Before I started writing my book series Iâ€™d never found anything to write that I was so obsessed about. This, I think (and hope), is a good thing. At least in terms of drive and determination. I will do anything it takes to finish this series and get it out to the world! Because thereâ€™s a burning need inside me to do so.
Call it what you will; an obsession, a calling, the onset of some sort of psychotic episodeâ€¦but whatever it may be, I just canâ€™t ignore it!
Today is one of the first days that the UK has had warm weather in literally months. And Iâ€™ve got a couple of days off (lucky me!) but you know what Iâ€™m doing? Sitting in my flat writing, and I intend to do so all day long. To be fair I live in a top floor flat with a large sash window to my left and the sun is shining through so Iâ€™m technically sunbathing right?
Writing is addictive in its many forms. I only started a blog a few weeks ago and now I find myself thinking about what to blog and am constantly checking in on what my fellow bloggers are writing!
Anyway â€“ I admit it, Iâ€™m a writing addict. There! I said it!

Maxim Uzoatu: He is a warm and cheerful young man with a crowd of friends and fans, but locked somewhere in a corner of my brain, is the image of Maxim, the poet as a man who lives with the spirits. I am talking about Maxim Uzoatu, journalist and poet. His words are deep and spiritual.
â€œThere are some demons inside me that must get out or I die!â€
Well, Maxim is addicted to writing!

Deji Rahman: â€œIâ€™m generally addicted to books. It is in my DNA. It is in my blood. Book is just about who I am and that is why most of the jobs I have done in my life (journalism, stockbroking and banking) have always been around the â€˜bookâ€™ â€“ research.â€
Addiction may be defined as the continued use of a mood-altering substance or behaviour despite adverse consequences. Alternatively, it may be defined as a neurological impairment leading to such behaviorsâ€.
Can the â€œadverse consequencesâ€ of writing be categorised with to those of substance abuse? Of course, there are negative consequences of writing such as the stress of body and mind from prolonged writing, and loss of company when he shuts himself in to write. But are these adverse consequences?
Strangely, writing is not an easy thing to do: Long, solitary hours – an awful lot of time staring at the blank page, waiting, perhaps praying to The Muse or to whomever for an inspiration, and looking for suitable words that seem to play Tom and Jerry in the head.
Worse, writing doesnâ€™t seem to make much sense economically because only a very small percentage of writers make good money at it. In this case, the addiction thrives in defiance of common sense.

My Experience: Personally, all those donâ€™t bother me. Writing keeps my blood circulating, and stopping it will make blood freeze in my veins. Outside work hours, when I have time to myself, I am either writing mentally or pounding away on my laptop.
No matter how tedious it should be, writing is for me an opportunity for relaxation. When I tell people who know my habits I am going on vacation, they ask, what book is coming?
I got this from a Malinda, a contributor to the subject on the Internet. Interesting! She wrote: â€œI donâ€™t drink. I donâ€™t smoke. Never touched drugs. Not a gambler. My addiction? Writing. Iâ€™m a word nerd! Well, to other writers, sure Iâ€™m normal. But if you donâ€™t write out of the desire rather than the need to do so, you might call me a nerd.
I may not be the best. Not yet a New York Times Best Seller, but I could write all dayâ€.

Stephen King: Perhaps one of the strongest cases is that of Stephen King, as reported by Stephen Dubner. Stephen Edwin King is an American author of contemporary horror, suspense, science fiction and fantasy fiction. His books have sold more than 350 million copies and have been adapted into a number of feature films, television movies and comic books. As of 2011, King has written and published 49 novels, including seven under the pen name Richard Bachman, five non-fiction books, and nine collections of short stories.
King has received Bram Stoker Awards, World Fantasy Awards, British Fantasy Society Awards, his novella The Way Station was a Nebula Award novelette nominee, and in 2003, the National Book Foundation awarded him the Medal for Distinguished Contribution to American Letters. He has also received awards for his contribution to literature for his whole career, such as the World Fantasy Award for Life Achievement (2004), the Canadian Booksellers Association Lifetime Achievement Award (2007) and the Grand Master Award from the Mystery.
Dubner captuered Kingâ€™s addition in fine prose in 2000: â€œStephen King is addicted to writing!â€ he screamed. â€œIt isnâ€™t a matter of liking to write or even loving it. He needs it, chemically, the way years ago he needed his cocaine and his beer, sometimes a case a day.
â€˜Writing is just this great big conduit, this outflow pipe that keeps the pressure nice and even,â€™ he says. â€˜It just pours all this [expletive] out. All the insecurities come out, all the fears — and also, itâ€™s a great way to pass the time.â€™

And if he hadnâ€™t been able to make a career of it? â€˜Oh, Iâ€™d be dead. I would have drunk myself to death or drugged myself to death or committed suicide or some goddamn thing.â€™
In June 1999, he almost died anyway. He and his family were staying at their lake house in western Maine. It was late afternoon and King was finishing up his daily four-mile walk. As usual, he was carrying a book. Although he often reads while walking — on dirt roads, for instance, or down broadway while visiting New York — he was not reading at the moment, for this stretch took him up a steep hill alongside a small highway. Suddenly, a blue Dodge minivan crested the hill and pinballed King off its windshield. He came down in a clump. His head was bleeding, his lap seemed to be turned sideways and he saw that a bone in his right leg was pointing in the wrong direction, skyward, bulging out of his jeans. A short while later, one of his lungs collapsed. This was all happening in a blur, literally, for Kingâ€™s eyeglasses were missing. They had somehow landed on the front seat of the minivan. They would help convince Bryan Smith, the man driving the van, that he had hit a person and not, as he first thought, â€˜a small deer.â€™
Five weeks later, after King knew he would survive but before he knew if he would walk again, he resumed writing. His wife, Tabitha, who is his rock and his redeemer, set him up at a makeshift desk in the back hallway of their Victorian sprawl in Bangor. It reminded him of the laundry room in their old trailer, where he wrote â€˜Carrie,â€™ back when he washed motel sheets for a living and she sold Dunkinâ€™ Donuts.

Now he sat in a wheelchair, propped up by foam cushions, brimming with pain and painkillers. Besides the fractured hip, mangled leg, collapsed lung and lacerated scalp, he had four broken ribs and a chipped spine, and he had lost 50 pounds. He didnâ€™t feel like working, but a voice in his head — yes, Stephen King, like his characters, hears voices — told him to. If there is an opposite of writerâ€™s block, King has it.â€
There are some more examples of this addiction:
Graham Greene: â€œWriting is a form of therapy; sometimes I wonder how all those who do not write, compose, or paint can manage to escape the madness, the melancholia, the panic fear, which is inherent in a human conditionâ€
Gloria Steinem: â€œWriting is the only thing that, when I do it, I donâ€™t feel I should be doing something else.â€
Don Delillo: â€œWriting is a form of personal freedom. It frees us from the mass identity…. In the end, writers will write…to save themselves, to survive as individuals.â€
Gao Xingjian: â€œWriting eases my suffering…writing is my way of reaffirming my own existence.â€

Mario Vargas Llosa: â€œWriting a book is a very lonely business. You are totally cut off from the rest of the world, submerged in your obsessions and memories.â€
James A. Michener: â€œI love writing. I love the swirl and swing of words as they tangle with human emotions.â€
Sidonie Gabrielle: â€œWriting only leads to more writing.â€
This is perhaps the best of them all. Lord Byron said: â€œIf I donâ€™t write to empty my mind, I go mad.â€ George Gordon Noel Byron, 6th Baron Byron, (1788 â€“ 1824) He was among the most famous of the English â€˜Romanticâ€™ poets; his contemporaries included Percy Shelley and John Keats. He was also a satirist whose poetry and personality captured the imagination of Europe. His major works include Childe Haroldâ€™s Pilgrimage (1812-18) and Don Juan (1819-24). 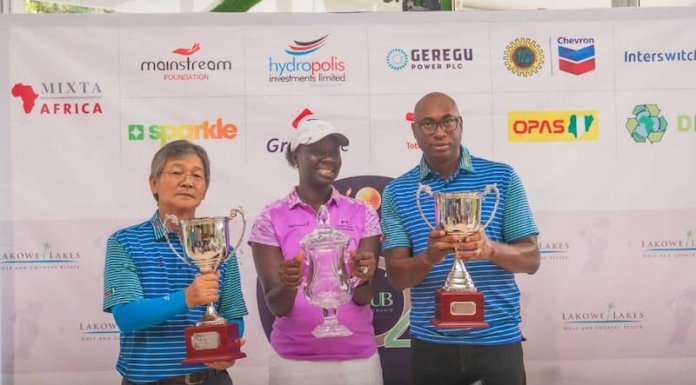