By Adedayo Akinwale and Udora Orizu in Abuja

To diversify the revenue base of the country especially through agriculture, Stanbic IBTC and the Nigeria Incentive-Based Risk Sharing System for Agricultural Lending (NIRSAL), yesterday launched a N50 billion agricultural finance scheme.

It is believed that the finance scheme would generate 500,000 direct jobs for Nigerians, while also providing smallholder farmers access to loan.

The Managing Director, Stanbic IBTC, Dr. Demola Sogunle, at the signing of Memorandum of Understanding (MoU), stated that the landmark agreement was the beginning of the march towards diversification of the revenue of the country.

He stressed that Stanbic IBTC was coming forward as the first bank to subscribe to the vision, mission and the commitment of NIRSAL. He also commended the management of NIRSAL for the commitment and dedication shown, saying those attributes were very rare within the public sector.

He noted that, “Stanbic IBTC being a member of Standard bank is a major connection between whatever we want to do in Nigeria and the second largest economy, South Africa.

“The biggest bank in the world by virtue of balance sheet, customer base and every other attributes you could think about is based in China, it is called ICBC. ICBC has 20% equity stake in Standard bank. By virtue of that, it means that ICBC has 20% of 54% in Stanbic IBTC. You can see the connection between Nigeria, South Africa and China. That nexus is very important to Nigeria in terms of going forward.”

Sogunle revealed that after holding meeting with NIRSAL, “we went through our own risk management, risk acceptance criteria and we came up with a product programme to tow aide of N10 billion. This is just phase one of the journey which is to turn agricultural total value chain of that sector to something that will be attractive and something that can generate revenue for the country.

Sogunle explained further that while there was no time-frame for disbursements of the loans, the bank was in hurry to make the disbursements.

“It is like a revolving loan and depending on the kind of project that we are able to get, we are also in hurry to disburse the loan because the impact is very important to us and given what we have seen, N50 billion as the outlay, N10 billion coming from Stanbic IBTC it has the capacity to generate almost have a million direct employments. Imagine if we are able to disburse that before the end of this year.”

Earlier, the Managing Director, NIRSAL,Â Â  Mr. Aliyu Abdulhammed said the scheme was a product of a strategic partnership between NIRSAL and Stanbic IBTC, adding that it was designed to ensure that individuals, cooperatives, companies, organised investment groups that have bankable agriculture projects have access to finance.

He revealed that under the terms of partnership, Stanbic IBTC would give loans of bankable agriculture projects while NIRSAL, on the strength of its $300m risk sharing facility would provide credit guarantees.

Abdulhammeed stated that the credit guarantees would range from 50-75 per cent depending on the aspect of the agricultural value chain that loan is given.

The managing Director noted that the initial N10 billion financing scheme would impact on some selected segment which including; “Farm mechanisation, where 1,250 new tractors will be purchased, 5,000 direct jobs created and 250,000 lives will be impacted.

The Managing Director stressed, “The scheme is also a testament to our shared vision for agriculture as a profitable enterprise and a key driver of the Nigerian economy. We are committed to providing Stanbic IBTC with the cover to lend to agriculture and are happy that it’s management has agreed to partner with us on this project.” 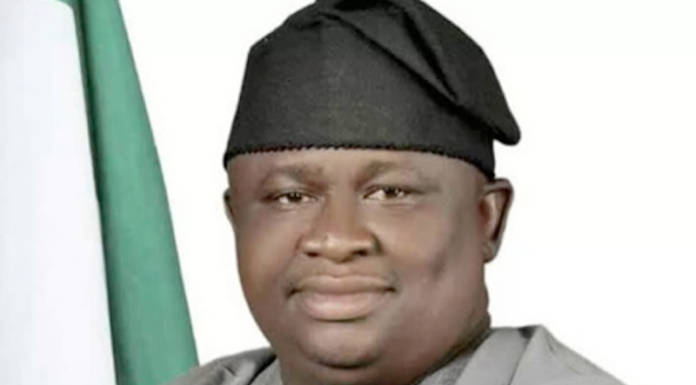