Solomon Elusoji tells the story of a woman who resigned from the military and struggled for years as an entrepreneur before she discovered network marketing. Today, she earns seven figures every month

Two years after Feyintola Foluso-Onagoruwa lost her mother, at the age of 16, the government paid her family N15,000 as retirement benefit. This meagre sum had a lasting impact on Feyintola who decided, then, to aspire to become better than her mother, at least financially-wise.

When she clocked 18, during her final year of a Nursing Diploma, she was recruited by the Military to become a Nursing Cadet. But after seven years in the Nigerian Air Force, she realised the job had very little career prospects. â€œI saw that if I stayed there for 30 years, I was not in control of what that career would give me,â€ Foluso-Onagoruwa told this reporter during an interview in Lagos recently. â€œAnd in the seven years that I spent there, I had no savings, because nobody taught me how to budget. So we just collect salary and we are waiting for the next one.â€

She also felt being a military career woman might be detrimental to maintaining a blissful matrimony. She resigned.
Her decision was unpopular among friends and family, including her father, who felt a military career was stable and predictable and was a good thing. But Foluso-Onagoruwa wanted something more than short-term stability. In 1993, the year she left her military job, she started to sell fresh fish in Epe. Later, she delved into catering, car importation and even sold clothes.

â€œI did not have an affinity for business, but I knew I wanted to have money, live a good life,â€ she said. â€œSo I simply said choosing the path of an employee is not very rewarding, because I didnâ€™t want what happened to my mum to happen to me. I realised the only thing I could do was to be an entrepreneur.â€ In 1994, she had seen a vision of herself in the midst of money, doling it out to people and encouraging them to also gun for success. â€œI was telling them â€˜if I can make it, you can make it too.â€
But six years into her entrepreneurship journey, there was no significant breakthrough.

The networking business
In 1999, Foluso-Onagoruwa heard about Network Marketing. She had been invited to a business presentation delivered by a Kenyan man at Ilupeju, Lagos. â€œIt was there I realised that Network Marketing is a platform for personal development,â€ she said. â€œI saw that itâ€™s not the typical political work environment. There is no promotion board, no quota system, you choose the people you want to work with, and you can work from anywhere in the world. Itâ€™s more of mental work.â€

Although she didnâ€™t have money to start the business, she borrowed and signed up for Golden Neo-Life Diamite (GNLD). Within one year, she had invested about half a million naira into the business. But the products she was to sell expired in her house and she had to throw them away. â€œIt went wrong because I did not have proper mentorship,â€ Foluso-Onagoruwa said. â€œWe were doing it like normal buying and selling, but Network Marketing is completely different.â€

Rather than throw in the towel, she decided to equip herself. One book stood out as a fantastic resource for her: â€˜Your First Year in Network Marketingâ€™ by Mark Yarnell and Rene Reid Yarnell. â€œI read that book three times,â€ she said. â€œI realised that the industry is big, that there were over 3,000 companies; I realised that it was just a business model of moving products from the manufacturer to the end user with just one middleman. So I realised the mistakes I made. I told myself that if some people are succeeding in this business, I would also succeed.â€

In July 2000, she renewed her GNLD distributorship license, with a resolve to do it better. But three days later, one of her friendâ€™s husband introduced her to a different Network Marketer: Forever Living. She was impressed with the companyâ€™s range of products and decided to switch over. But since she had just renewed her GNLD license, she had little money to spare. Again, she took the form on credit and her friendâ€™s husband agreed to borrow her N32,000.

Today, she has gone on more than 30 all expenses paid foreign trips with her husband, sponsored by her Network Marketing company; earns seven figures every month and has qualified for five brand new cars. But Foluso-Onagoruwa feels sheâ€™s just getting started. â€œI have been in the industry for about 18 years,â€ she said. â€œI have read about 200 books on Network Marketing. And I have watched the industry grow, crash, grow, seen a lot of companies rise and fall. But in all of these, I feel that the industry is just about taking off on a professional level. Iâ€™ve learnt so much and I am convinced that it is the business of the 21st century.â€

The economics of network marketing
Network Marketing, also known as Multilevel marketing, is a huge business. In 2011, the industry generated sales of almost $30 billion in America. Worldwide, some 92m distributors grossed $154 billion, according to the Direct Selling Association, an industry group.

According to left-wing publication, The Economist, â€œMultilevel marketers take pains to distinguish their businesses (which are legal) from pyramid schemes (which are not). In a pyramid, recruitment is everything. People pay to participate, and are rewarded by finding others willing to pay to join. At some point the supply of new recruits dries up and the pyramid collapses. Multilevel marketing is not like this. Legitimate firms rely on sales of real products for their income, not on fees charged to new recruits.â€ Still, critics contend that Network Marketing relies on recruitment, not sales of its products to genuine customers.

The history of Network Marketing is disputable, but it is generally believed that the concept was popularised by â€˜Nurtraliteâ€™, formerly known as California Vitamin Company, which produces food supplement products. In the 1940s, the company engaged in direct selling.

â€œAn average manufacturer spends about 30 to 40 per cent of his profit on advertising,â€ Foluso-Onagoruwa told this reporter. â€œBut in Network marketing, such money is spent on research and development and also to pay personal bonuses to its distributors. One, you earn retail profit; two you earn the personal bonus â€“ and all you need to do is just engage in storytelling.â€

She went on to say that â€˜team buildingâ€™ is where the big money is. â€œNetwork Marketing allows you to recruit and form a team of professionals like you, with everybody doing a little,â€ she said. â€œEveryone has access to an average of 250 people; so if you have a team of 10, that means you have 2,500 customers and you get a commission on each sale: thatâ€™s what is called leveraging. Thatâ€™s what the rich know that they want you to know. Until you can leverage your time and money, you will remain poor.â€

Foluso-Onagoruwa gives the feeling that anyone can succeed in Network Marketing. When this reporter asked her what kind of people are not suited for profession, she replied: â€œPeople without self motivation, people who are not ready to do anything that is hard, and people who want you to tell them that they will make money without breaking a sweat.â€

For anyone who wants to get into the business, Foluso-Onagoruwa explained, they must understand the company they are signing up for: what is the composition of their management team? Are they quoted on the stock market? Do they have a physical address? Do they have court cases? How happy are their existing distributors? What is their compensation plan? What are they selling? â€œIf you see a company that is into Network Marketing and they say they are not selling anything, please run, it is fraud,â€ she said.

The mark of a great Network Marketing company, however, is the level of the support and training plan available for distributors. â€œThe two big skills you need is retailing and recruiting,â€ she said. â€œYou should ask them how do I sell. And then the third skill is coaching: how to build a team for success. At a point, you must be able to stand on your own. In Network Marketing, it is not what works, it is what duplicates.â€

Preaching the gospel
Next year, Foluso-Onagoruwa will turn 50. â€œI donâ€™t have to work again for life,â€ she told this reporter. But her current mission is to help more people reach her level of financial stability.
â€œIn my journey, I have realised that Nigeria is the freest country in the world,â€ she said. â€œThe challenge we have is that we donâ€™t really know what we want. Weâ€™ve all been brought up to think like slaves, to look at the government as the slave master that must provide everything.â€

But the government, she contends, is limited in what it can do to guarantee happiness. â€œThere is something called financial education,â€ she noted, â€œthatâ€™s what we have to seek.â€

She harped on the power of leverage as the route to wealth. â€œIf you want to become wealthy, you use the power of leverage. And the three areas to become a business owner: incorporation, franchising and network marketing. You need lots of cash and capital for the first two, which many of us donâ€™t have. But in Network Marketing, you need your social contacts and time. And as long as you are ready to learn and work, you can become a business owner without having lots of money.

â€œTechnology has made it easier and faster. Now, we are doing Network Marketing professionally. It is easier to build now, but you must be teachable. We donâ€™t read after graduation, we donâ€™t do self development, we believe so much in physical struggle. In Nigeria, it is as bad as some pastors telling their members not to do Network Marketing.

â€œThe average black man does not know the value of time, because we are not paid per hour, so people waste time. You close from work at five and you spend the rest of the day watching television. These days we have to explain to people why you need a second and third stream of income. The challenge is getting people that are teachable and ready to learn; there are books to read and trainings to attend. It is basically learning about leadership and self discipline.â€ 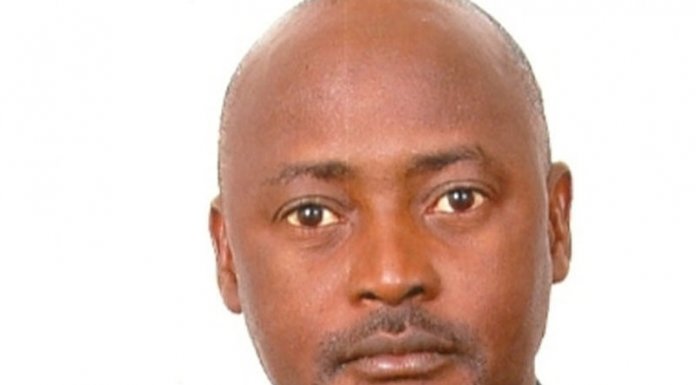