Ondo State Governor, Mr Oluwarotimi Akeredolu (SAN), yesterday broke his silence on the financial status of the state, disclosing that his administration inherited a staggering debt totalling N220.588 billion from previous administration while a total sum of N47.54 billion was accrued to the state since February 24 that he was sworn in.
Akeredolu disclosed the figure in Akure, the state capital, at the inauguration of 18 commissioners and 10 special advisers at an event held at the State International Events Centre, The Dome.

The governor also disclosed that his administration at inception inherited a total liquid asset of N9,956 billion.
Giving the breakdown of the debt which he described as disturbing, Akeredolu said internal debt amounted to N53.1 billion, external debt N171.4 billion, unpaid salaries and allowances to state workers N24.1 billion while pension and liabilities amounted to N19.08 billion.

Other debts disclosed by the governor are unpaid salaries and allowances of local government workers amounted to N24.3 billion just as pension and liabilities amounted to N45 billion and contractors debt of N39.7 billion.

â€œWith a total inherited debt of over N220 billion, it should not be difficult for anyone to know that the governmentâ€™s capacity for seeming elastic adjustment to cater for the people has been stretched to its limit,â€ he said.
Akeredolu said with what is on ground, there was no gain asserting the obvious; that the administration is not in any position for frivolities.

â€œAll of us must gird our loins for the great task ahead. The picture is not good. Therefore, all acts with the potential of pushing us deeper into economic crisis must be jettisoned,â€ he added.

However, Akeredolu said the disclosure of the stateâ€™s debt profile should not be misconstrued as politics pleading that media practitioners should subject the information to the crucible of serious scrutiny and analysis.
â€œThe knowledge of true financial status of the state government will guide and moderate the craving desires of all and sundry. Expectations of performance from the government must be anchored on reality.

â€œGovernment officials must bear this fact in mind, always. It will be easy for the people to show understanding when they know the truth. The economic condition of this state is precarious,â€ he said.
Akeredolu advised friends and relations of the newly sworn in commissioners and special advisers not to overburden them with too much requests as there are no money to run the government as usual.

â€œI admonish members of families and friends of political appointees to desist from mounting undue pressure on them. They have been called upon to work for the collective glory of the State. This, to me, is a sacred social contract between them and posterity. They must be assisted to fulfill their destinies,â€ he said. 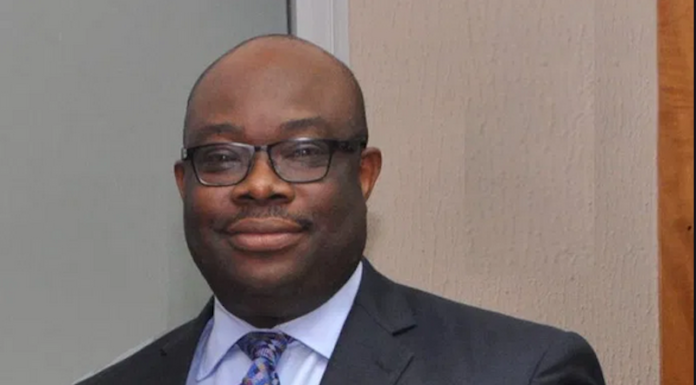 When Will Nigeria be Finally Abducted?