Home Nigeria CBN Pumps $9.96bn into FX MarketÂ in Six Months, Attains Stability
Share
WhatsApp
Facebook
Twitter
Email
Google+
Pinterest
Linkedin
ReddIt
Print
Tumblr
Telegram
StumbleUpon
VK
Digg
LINE
Viber
By Obinna ChimaÂ  Â Â
Â
The Central Bank of Nigeria (CBN) has injected $9.964 billion into the interbank segment of the foreign exchange (forex) market since it commenced its aggressive interventions in February this year.
This has helped to ease pressure on Nigeriaâ€™s forex market, which prior to the action by the regulator had been pummelled by speculators.
According to figures compiled by THISDAY between February 21 and August 21, the CBN sold the greenback to authorised dealers in 44 sessions.
A breakdown of the dollar sales showed that $680 million was pumped into the market in February, $1.542 billion was sold in March, $1.616 billion in April, $2.102 billion in May, and $1.631 billion in June.Â
Also, while the central bank offered $1.639 billion to banks to sell to their customers in July, as of August 21, it had sold a total of $754 million.
The $2.102 billion sold by the central bank in May remains the highest in the six months under review.
In May, the central bank sold dollars in eight different sessions, in its bid to stabilise the market and discourage currency speculation.
The dollar sales have been targeted at retail invisibles for PTA, BTA, school fees and medical bills, wholesale forwards, SMEs, and Secondary Market Intervention Sales (SMIS).
A market analyst who spoke to THISDAY said the forays by the central bank in the past six months have helped in eliminating the pressure on the forex market, ensured exchange rate stability and eliminated currency speculators.
The aggressive interventions, notwithstanding, Nigeriaâ€™s external reserves also climbed by $2.271 billion to $31.599 billion as of August 18, compared to $29.328 billion when the new forex policy was unveiled.
Owing to this measure, the naira which fell to a historic low of N525/$ on the parallel market six months ago currently trades around N365 to the dollar.
At the official market, the naira closed last week at N305.80 to the dollar due to daily interventions by the CBN, while at the Investors and Exportersâ€™ forex window, the naira appreciated on all trading days last week, rising 0.4 per cent to and close at N359.25 last Friday.
Chief Consultant, Biodun Adedipe Associates Limited, Dr. â€˜Biodun Adedipe, recently said the CBN has enough ammunition to sustain the forex interventions.
Speaking yesterday at a forum organised by the Finance Correspondents Association of Nigeria (FICAN), he added that the required international benchmark was for external reserves to support at least six months of a countryâ€™s import bill, noting that Nigeria was doing great with reserves at the current level covering over 12 months of imports.
Adedipe, however, stressed the need for increased patronage of goods and services made in Nigeria in order to stimulate economic activities and attain sustainable growth.
He said in terms of production, Nigeria should emulate China and India, especially the latter which promotes â€˜Made-in-Indiaâ€™ goods.
On consumption, the economist said Nigerian economic agents (governments, corporates and individuals) should patronise goods Made-in-Nigeria.
By adopting the economic policy, Adedipe held the view that trade would thrive on internal activities, while the country would engage in international trade to complement its earnings.
He noted that any country that does not produce a significant proportion of what it consumes would always be at the mercy of those countries that are producing the goods and services.
â€œThe salvation of the Nigerian economy, beyond engendering recovery from the abating recession, is found in promoting aggressively the â€˜Made-in-Nigeriaâ€™ campaign.
â€œIn Nigeria, most of the things that catch our fancy, we actually donâ€™t produce them. We therefore end up creating jobs offshore,â€ he added.
Also commenting recently on how far the CBN would go to sustain its market interventions, its governor, Mr. Godwin Emefiele said: â€œI have said it and I will repeat myself that the interventions will be more vigorous than ever to underscore the fact that we are determined to ensure that the Nigerian economy recovers by making sure that foreign exchange is made available to operators of the economy to conduct their businesses.â€ 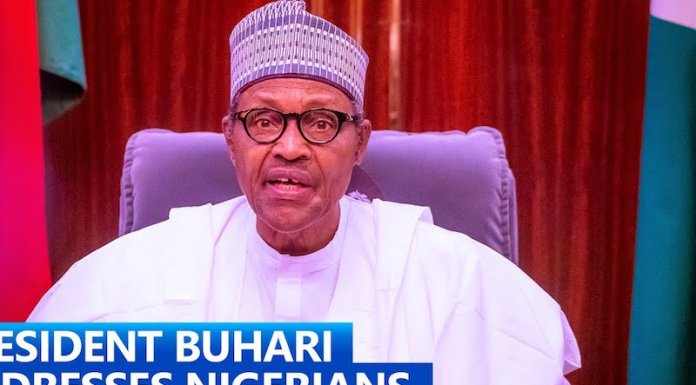