Lagos is a great State. It is great not because there are no challenges on the path to its dream. The network of lagoons, beautiful coastlines, alluring beaches and the skyscrapers that shade the setting sun to tint the skyline with gold lining at dusk are magnificent, but those are the leastÂ  that make Lagos beautiful. One major reason that Lagos is regarded as the Centre of Excellence is the peaceful coexistence of over twenty million vibrant and forward-looking people of diverse culture, race, nationality, religion and social status, who know that though they have to compete to achieve personal goals, only in unity would they realise their collective dream of building one of the greatest cities in the world. Any other yardstick devised to assess Lagos would therefore yield a result unacceptable to Lagosians.

Â No doubt, in these past five decades of its existence, Lagos has gone through different challenges peculiar to most cosmopolitan cities, but it has always come out stronger, more united and ever determined to build one of the best cities anyone, from anywhere in the globe, would be proud and delighted to live in. Every city in the world, including those in first world countries once in a while record ugly incidences that might persist for sometime, but this do not determine how great they are; rather it is the way the systems respond that describes what they represent. Sophisticated cities in the western world with high security sysyems still record terrorist attacks. World economic powers still exhibit to the world a perfect example of paradox by having destitute in street corners of their beautiful cities. Lagos has not finally arrived at its destination, but it is certainly on the path of its destiny. A city of intense dynamic mix of humanity in a race for successes and opportunities would definitely have its downsides. It is therefore unfair for any sincere assessor to neglect the strengths of Lagos, its many successes and huge prospects, only to focus on its challenges.

Â To set the records straight, it is important to make it clear that Lagos is not infested by Boko Haram as claimed. To Lagosians in particular and Nigerians in general, this assertion is laughable. It only shows that the source was embarrassingly ignorant of happenings in Nigeria, and not in touch with the true situation in Lagos. The report was certainly not worth the paper on which it was printed. In this information age, where a dropped pin in Lagos literally makes a distinct sound in Los Angeles, it is an embarrassment to the intelligence of readers for anyone to publish such blatant lie. Lagos State is not treating criminality with kid gloves and Governor Akinwumi Ambode has always assured Lagosians of his readiness to sacrifice his sleep for their safety. A few months ago, when kidnapping was imported into the State, at the height of its escalation in some parts of Nigeria, particularly in the North Eastern and Niger Delta States with which it shares a coastline, the Lagos State Government swung into action and arrested the situation. In the few recorded cases in Lagos, all victims were successfully rescued, most of the kidnappers were arrested and lots of kidnapping attempts were indeed nipped in the bud.

Â Lagos State also shares the belief that human minds are the fundamental resources of any nation that wants to be great. Lagosians are enlightened, exposed and highly educated people who place premium on education and would sacrifice even their comfort to see their children through school. To fuel this drive, the State Government has invested heavily in education with its free Primary and Secondary Education Schemes, among others. However, we cannot deny the fact that there are several young people who migrate to Lagos from other States and neigbouring African countries in search of greener pastures. We are aware that most of them barely finished secondary school. We know it well that they could mount pressure on the system, but Lagos choose to show them care and make them believe that despite their limitations, their own Lagos success stories are possible too. The report that Lagos has high rate of school dropouts by merely advancing national average figures to represent Lagos is not only wrong and misleading, but can be quite disparaging. However, we are not going to be discourage, as our caring hearts and accommodating spirit is as strong as a steel.

Â Lagos has Primary Health Care centres in all the Wards of the State and a General Hospital in every Local Government Area. Health care is affordable, accessible and of high standard. Infant and maternal mortality has gone down drastically. Free medical care is available to the elderly and the very young. Health care delivery is improving, contrary to the report hinged on assumptions and hasty generalizations. Lagos, as all its residents can confirm, has continued to witness huge infrastructural transformation. New inner roads are simultaneously being built and many of the old ones have been rehabilitated in all the 20 Local Governments and 37 Local Council Development Areas, to the delight of the residents who now have easy and better access to their homes and whose properties have appreciated in value. Through the construction of major road networks in most parts of the State, many communities have been linked and opened up for accelerated socio-economic development. Lagos-Badagry expressway is witnessing a transformation that has never been seen anywhere in the sub-Saharan Africa.

Â Lagos is the hub of African entertainment. The enabling environment and unflinching support for art and creativity qualify it to host Nollywood, one of the three renown names in the World Film and Entertainment industry. Greater percentage of new businesses and multinational organizations siting their operational bases in Lagos attests to the fact that the State is fast-emerging as one of the worldâ€™s biggest commercial centres. Lagos rewards hard work, creativity and excellence – the reason why young Nigerian graduates are trooping to the State knowing that their own Lagos Success stories are quite possible.

Â Every system, no matter how efficient, is subject to criticism, and Lagos could not have been an exception. But irrespective of how and why critics arrive at their findings, Lagos city is striving and the future can only get better. Whether they could not access facts and correct information or they choose to ignore them to hurriedly arrive at their pre-determined judgement, Lagos is rapidly growing and Lagosians have no reason to believe otherwise. Although, the so-called findings of these armchair analysts do not truly represent Lagos, their faults are pardonable. It could be an honest mistake borne out of incompetence or lack of resources to analyze large data and process the pool of information required in elaborate research of this nature. But if the study was to intentionally distort the facts for dubious motives, it calls for absolute condemnation from all well-meaning Lagosians.

Â Expressing opinions in the public domain is neither the exclusive preserve of privileged individuals and prestigious institutions nor that of journalists or communication specialists of multifarious disciplines. It is the absolute right of everyone. We are all protected by our fundamental right to express views in public arena unfettered, but what distinguishes professional opinion moulders is the expertise they ought to apply through their knowledge, skills and access to mass media channels. Therefore, if they must truly provide moral leadership, professionals are duty-bound to constantly enhance their knowledge, sharpen inquisitive skills and jealously guide the trust that people repose in them by operating with all sense of responsibility.

Â The various achievements of the Akinwumi Ambode-led Lagos State Government are clear testimonies that Lagos is flourishing and no concocted opinion can constitute a destructive clog in the wheel of our progress. 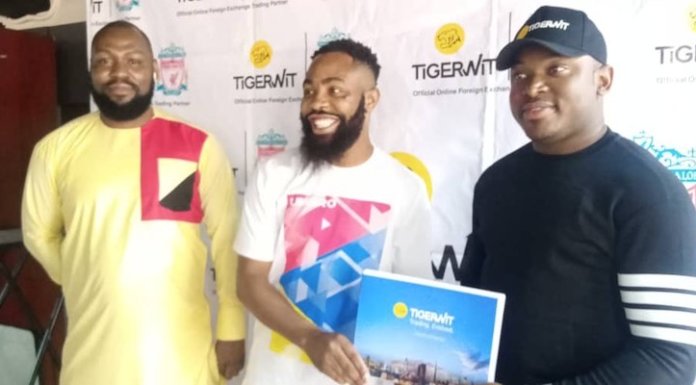