Home Nigeria Buhariâ€™s Return Invokes More Reactions Â
Share
WhatsApp
Facebook
Twitter
Email
Google+
Pinterest
Linkedin
ReddIt
Print
Tumblr
Telegram
StumbleUpon
VK
Digg
LINE
Viber
â€¢NAN celebrates, demands immediate resolution of ASUU strike
Â
By Senator Iroegbu with agency report
Â
More Nigerians continued to react to the return of President Muhammadu Buhari from medical vacation on Saturday, with some stating yesterday that his return will boost the war against terrorism in the North-east and was a good omen to Nigeria.
Governor Kashim Shettima of Borno State and the Emir of Kanam, Alhaji Muâ€™azu Muhammadu were some of the prominent Nigerians who commented on Buhariâ€™s return.
In his remarks, Shettima congratulated the entire people of the North-east on the return of the president, reported the News Agency of Nigeria (NAN).
â€œThe people of the North-east should be congratulated as the major beneficiaries of Buhariâ€™s return, because of his open love, empathy and keen interest in addressing the security challenges in the sub-region,â€ the governor said.
He said aside from his zeal in fighting insecurity, the president had been magnanimous in appointing individuals from the sub-region into key federal government positions.
â€œBefore the coming of Buhari in 2015, the North-east was the most marginalised in everything that had to do with the federal government, from the presence of federal projects to representation at the national level.
â€œBut he changed that soon after he assumed the mantle of leadership and made the region the bride of his administration in terms of national representation.
â€œFor this and other reasons, Buhari occupies a special place in the hearts and minds of all true sons and daughters of the six states that make up the North-east geo-political zone,â€ he added.
Shettima described Buhari as a former governor of the defunct North-Eastern State â€œand our in-law in whom we are very pleasedâ€.
Also, the emir said Buhariâ€™s absence brought about unnecessary speculation and agitations that almost threatened the oneness of the nation.
â€œI am so glad, like any other well-meaning Nigerians that Mr. President is back to Nigeria hale and hearty to continue his good works, especially his promises to the citizens.
â€œNow that he is back, we should as patriotic citizens, keep praying for him for more health and strength,â€ he said.
The traditional ruler said the prayers would enable the president to turn around the economy and the security of the country for the desired growth and development.
Emir Muhammadu also called on Nigerians from all walks of life to co-operate with the president, in order for him to succeed in piloting the affairs of the nation to greater heights.
The emir assured Nigerians that Buhari would prove his critics wrong by displaying his characteristic good nature of a principled and visionary leader who means well for his country.
The emir, who expressed happiness over the manner Vice-President Yemi Osinbajo had piloted the affairs of the nation in the absence of the president, described Buhari and Osinbajo as a â€œperfect teamâ€ for Nigeria.
Similarly, the National Association of Nigerian Students (NANS) rejoiced over Buhariâ€™s safe return from the UK with renewed vigor after a prolonged absence to attend to his ailing health.
The NANS President Chinonso Obasi, in a statement in Abuja yesterday, said Nigerian students stood with the president throughout the difficult times and would continue to be with him in prayers for the sustenance of his health.
Obasi prayed for more wisdom, knowledge, understanding and energy to enable the president provide the necessary leadership to move the nation forward.
He stressed that as the president settles down to recuperate, he will in the spirit of comradeship and solidarity, mobilise the leadership of Nigerian students to pay a special welcome back solidarity visit to Buhari as the father of the nation and to intimate him of certain developments in the country.
NANS further urged ahead the president, ahead of his special broadcast on today, to consider the current issues of urgent national importance and speak to the indefinite strike embarked upon by the Academic Staff Union Universities (ASUU) to ensure that Nigerian students return to school at the earliest convenience. Â Â
Obasi also drew the attention of Buhari to the critical challenges of Nigerian universities and students, adding that the federal government regrettably left out an agenda on the education sector in its Economic Recovery and Growth Plan (ERGP). Â
He stated that going forward, Nigerian students and youths should be deliberately included in the decision making process on issues that concern them, to enable them actively participate and contribute to the development of the nation.
Against the background of the numerous challenges facing the nation, Obasi urged Buhari to use the opportunity of his return to â€œquickly introduce a new sense of vigor into his administration by rejigging and repositioning his cabinet for effectiveness and efficiency by bringing on board cerebral, competent, vibrant, contemporary and dynamic young people to herald and stimulate a whole new level of impetus and vibrancy in the administration of the ailing Nigerian economyâ€.
Â 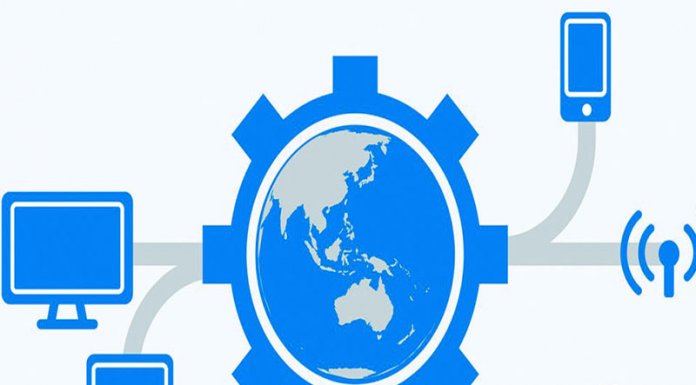