Palpable tension has gripped both residents and indigenes of Ilagbo and Oriyanrin communities, both under the Lekki Local Council Development Area (LCDA), over the outcome of the lingering case of murder and arson.

The feudal crisis which has torn both communities apart, has also created palpable tension as some of the residents have moved out over the past few days over fear of bloody clash on both sides.

The recent tension was caused by the alleged release of four suspects from Oriyanrin, who were earlier arrested for the murder of two indigenes of Ilagbo community- Suleiman Akeusola and Musiliu Salami.

Whilst the Oriyanrin suspects were allegedly released, five others from Ilagbo were arrested and over the week arraigned at the Igbosere Magistrate Court, Lagos.

The suspects who were charged for murder and arson include 33-year-old Segun Salami (son of the deceased Musiliu), Samson Abimbola, Sikiru Egunjemi, Aliu Egunjemi and Jimoh Ogunnupe.

THISDAY gathered that the whole tragedy began on May 23, 2017, during the annual Kilajolu Festival at Ilagbo where a youth of the community was killed in cold blood by some youths of the Oriyanrin community.

As was confirmed then by the state commissioner of police, Fatai Owoseni, the clash had started at the masquerade festival between two youths from the communities. He said some youths from Oriyanrin town were alleged to have caused trouble at the festival and the elders of Ilagbo community sent them away.

Out of anger, the Oriyanrin youths who were sent away allegedly laid ambush on some Ilagbo youths who were returning from the festival and hacked Suleiman Akeusola to death.

Although Akeusola was rushed to a nearby hospital, he later died that night and his death unleashed series of tragedies that have till date torn the two communities apart.

When some Ilagbo elders led by Musiliu Salami went to Oriyanrin to bring back the corpse, they allegedly met severe hostilities from one Imam Jabal and his group who put up resistance.

Although the other two Ilagbo elders escaped back to their village to report the incident, Salami was shot dead on the spot.
Again, when the Ilagbo community members came back to pick the corpse, it was nowhere to be found until intervention from youths of Otolu community revealed that he was being buried at the shorelines.

After his corpse was exhumed, the Akodo Police Division then led by the DPO, SP Ayeni Sunday, became involved and two suspects were arrested.

Whilst investigation was going on, some unknown persons stormed Oriyanrin community at night and burnt houses, cars and other properties worth millions of naira.
After Owoseni’s intervention where he sued for peace, the Akodo division transferred the case to State Criminal Investigation and Intelligence Department (SCIID), Panti, Yaba.

In a twist of fate, few days before the suspects were arraigned in court, the case was transferred to Abuja on the orders of the Inspector General of Police, Ibrahim Idris.
It was gathered that the duo of CSP Chike, the police public relations officer of the Force Criminal Investigation and Intelligence (SCIID) and ASP Daniel Attah, took over the case.
When contacted, the legal counsel for the Ilagbo community, Sadiku Ibitayo of Deed Solicitors said the duo stormed Ilagbo community and made series of arrest.

Ibitayo alleged that the duo of Chike and Attah perverted the course of justice by releasing the real suspects from Oriyanrin and replacing them with Ilagbo suspects including the son of the deceased elder, Segun Salami.
He said, “An Ilagbo indigene, who is also a lawyer, SA Balogun went to Abuja and found out that the case file has been doctored, claiming that two persons were burnt in the arson.

“Meanwhile, during the peace talks that high communities had earlier, eyewitness clearly stated that the arson was committed by some youths of Otolu and Itamara communities.

“The disclosure was made during a meeting of the Eminent People’s Forum organised by the Sole Administrator of Ibeju Lekki LCDA, Tosin Oshinuga, which held on May 31 to foster peace between the two communities.

“At the meeting were the two Baales of both communities; Adesina Ogundipe and Kayode Odinuga of Ilagbo and Oriyarin communities respectively, and the resolution as that peace should reign. However, they all agreed that police investigations should continue and the arrested suspects should be arraigned in court at the end of their investigations.

“In another meeting with the Lagos CP, they briefed him on the peace pact and agreement signed afterwards. Few days after that meeting, the case was transferred to Abuja.”

According to Ibitayo, it was there the case spiraled downwards, adding that even though the former legal counsel for the Ilagbo community wrote series of petitions, nothing came out of it until July 21 when the IG directed that the case be brought back to Lagos.

He added, “It was then I took over the case and I called for another peace meeting between the two communities at the office of the LCDA chairman of which the Baale of Oriyanrin did not show up. On Monday, I learnt that Akodo DPO has been redeployed and that the suspects would be charged to court on Tuesday by ASP Attah.

“It was shocking to see that instead of eight persons, the police only brought in five suspects. We did not see the suspects that shot Akeusola and Salami. Attah said they were not brought to court because SCIID Panti did a shoddy investigation.
“The release of the Oriyanrin suspects is particularly worrisome as they have been seen in the community boasting of how they got off free. It had caused tension in the land.

“We want the IG to take note of the willful subversion of justice and we need CSP Chike and ASP Attah to be brought to book,” he added.
Already, the five suspects who were charged before Magistrate Awoyele Oshin have been remanded in prison till the next date of appearance on September 15.

Attempts to talk with the Force Spokesperson, CSP Jimoh Moshood proved abortive as at press time, neither was the text message sent replied. 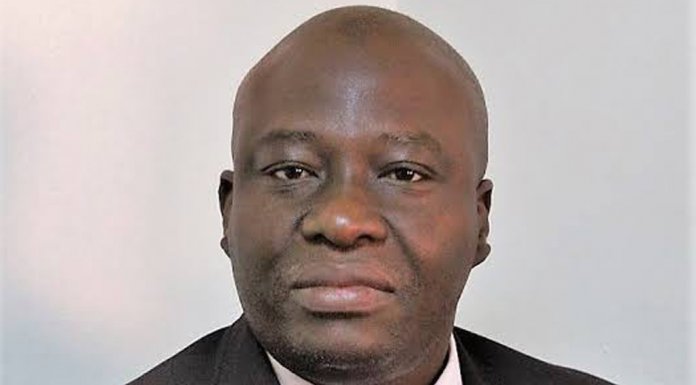