As a bill seeking the exemption of six paramilitary agencies of federal government from the contributory Pension Scheme (CPS) awaits the action of the relevant committees of the House of Representatives, stakeholders in the CPS, have highlighted the implications of its passage, saying it will truncate the achievement recorded in the Nigerian pension system in the past twelve years.

They also noted that the bill sponsored by Hon. Oluwolu Oke, would among other things, place additional financial burden on the federal government.

Oke, had in May this year, sponsored a bill seeking the exemption of the following six paramilitary agencies of government namely members of Nigerian police, the Nigerian Security and Civil Defence corpse, Nigerian Customs Service, Nigerian Prisons service, Nigerian Immigration service and the Economic and Financial crimes Commission from the CPS.

His pointed out that the identities, data, addresses and family ties of security personnel are best handled internally by the relevant services and not kept in civilian custody which may be easily compromised .

He also argued that the nature of the services provided by the paramilitary are unique and hazardous and the burden of paying their pensions therefore should be borne by government so also is the reason for the delay in the payment of their entitlements among others.

The bill, which is similar in context to that of the armed forces and intelligent agencies, had been put up in 2011, but was not passed by the sixth National Assembly. It has passed its second reading before the current national assembly.

But in a swift reaction, both the pension sector regulatory agency, the National Pension Commission (PenCom) and Pension Fund Operators Association of Nigeria (PenOp), have highlighted the negative implications of passing the bill.

According to PenOp, the reasons for its non-passage by sixth National Assembly,despite the argument and reasons adduced for such action are still valid and are currently further reinforced by many more economic, fiscal, social and public policy reasons.

PenOp Chairman, Longe Eguarekhide speaking to this effect at a media gathering in Abeokuta, Ogun State, at the weekend, said the argument against the exemption of the above paramilitary government agencies is today, further reinforced by many other economic, fiscal, social and public policy reasons such as constituting additional financial burden on federal government by way of unsustainable pension obligations, exposing government to high allocation of resources to fund their retirement benefits, dismantling of the institutions, systems and processes put in place by government, amounting to unsettling of government’s fiscal policy and financial system stability as well as resulting in erosion of pool of long term investible funds accumulated under the CPS among others.

“In the last 10 years, the number of FGN employees that retired under the CPS from the six paramilitary agencies sought to be exempted are 50,730 the total accrued benefits of these personnel amounted to N208.22 billion which had been redeemed by the federal government paid into their respective Retirement Savings Accounts and consolidated with their monthly pension contributions to fund their retirement benefits.

“These retirees are currently receiving their retirement benefits promptly as and when due. Exempting them from the CPS, would imply that government would shoulder the huge financial obligation of payment of their pensions as well as that of future retirees through budgetary provisions with no guarantee of availability of funding and timeliness of payment”, Longe warned.

He argued further that the federal government is already overburdened with the payment of pensions as illustrated by the 2016 Appropriation Act which made a provision under service wide vote for the use of N2.170billion as total pension and gratuities allocation adding that the allocation is still insufficient to fund the pension liabilities of the federal government.

Citing the 2016 pension transitional arrangement directorate ( PTAD)’s budget proposal which indicated a total annual pension liability of the sum of N388,320,580,231.64, Longe, said out of that amount, the sum of N255,896,017.38 constituted unfounded liability which was inherited by PTAD mostly due to outstanding payments for 33 percent pension arrears to pensioners under the Defined Benefit scheme.

He observed that the Federal government’s pension liability burden under the Defined Benefit Scheme is much higher than the PTAD proposals in view of the provisioning of about N74.53billion for the military Pension Board, N7.64 billion for the state’s security service and N3.71 billion for the National Intelligence Agency. 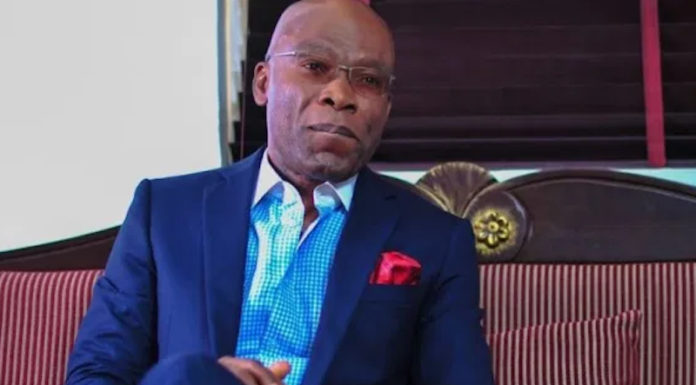