Shareholders of Conoil Plc, have commended the board and management of the company for the impressive performance it recorded for the 2016 financial year and payment of dividend.

Speaking at the 47th annual general meeting (AGM) held in Uyo Akwa Ibom State at the weekend, the shareholders hailed the board and management for their prudent and efficient execution of projects and plans, strong commitment to the culture of financial discipline, while also ensuring maximum value for shareholders.

The company declared a profit before tax of N4.28 billion from N3.4 billion in 2015, an increase of 24 per cent, while profit after tax increased from N2.30 billion in 2015 to N2.84 billion, representing a 23 per cent rise. Its revenue increased from N82.9 billion to N85.02 billion. It recommended a dividend a dividend of N2.15 billion, up from N2.08 billion paid the previous year. The dividend translates to N3.10 per share compared with N3.00 paid in respect of 2015, which the shareholders ratified at the AGM.

In his comments, Sir Sunny Nwosu of Independent Shareholders Association of Nigeria (ISAN), said Conoil Plc has continued to pay dividends to shareholders over the years, saying the shareholders would continue to support the board and management to ensure that it maintains it impressive performance going forward.

Speaking at the meeting, President, Renaissance Shareholdersâ€™ Association, Mr. Olufemi Timothy remarked that shareholders were elated that despite the downturn in the economy, with the attendant sharp increase in operating costs, Conoil still recorded impressive growth in all key areas.

“Conoil’s performance for the year ended 31 December, 2016 was very encouraging. Against the backdrop of a volatile and tough operating environment, the company still recorded strong margins which in turn impacted shareholders positively,” Timothy added.

Also speaking, Grand Patron, Nigerian Shareholders’ Solidarity Association, Chief Timothy Adesiyan, said: â€œThe management and board of the company have not only performed excellently well but have also fulfilled their promise of maintaining consistent returns to shareholders.”

â€œGiven the tough operating environment in 2016 characterised by tight liquidity, rising cost of funds and the inability of petroleum marketing companies to import fuel in the face of little or no supply from the domestic refineries, Conoil still braved the odds, recorded profits and is able to pay dividend to its shareholders.â€

In his own comment, Alhaji KazeemOlayiwola, Chairman, Alheri Shareholders’ Association, Kaduna, commended the resilience of Conoil in the face of a tough operating environment.

â€œConoil has continually set standards in fuel retailing with world-class facilities and groundbreaking marketing initiatives that endear it to customers and place it far ahead of competition. I am therefore delighted that this has translated to good dividends to shareholders at a time like this, we sure do have a bright future,â€ he said. 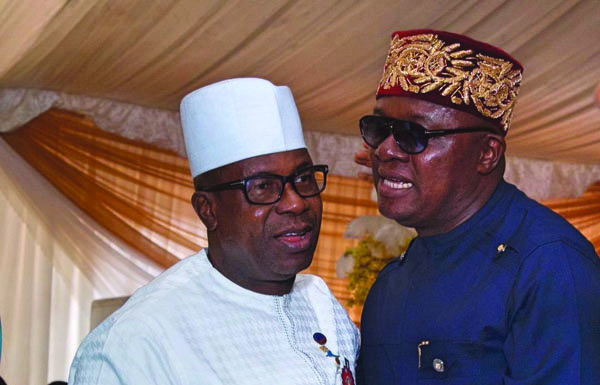