â€œMan is never as tall
as when he kneels before God;
never so great, as when
he humbles himself before Him.
And the man who kneels to God
can stand up to anythingâ€
-Louis Evans

Inspiring. Instructive. Food-for-thought. Those words kept reeling round my mental horizon, as one delved deep into the compelling persona of none other than the current First Lady of the Centre of Excellence, Lagos state, Mrs. Bolanle Ambode. And why not? Like all the biblical virtuous women she must learnt a lot from, such as Sarah, Hannah, Abigail and Esther she has had her fair share of lifeâ€™s challenges but she never capitulated to their whims and caprices.

Rather, she simply turned her stumbling blocks into stepping stones. She mustered the needed courage at every twist and turn of immanent Fate, with absolute faith in God to weather the storms. Like raw iron she has been purified through the fires of affliction to assume the inner strength of steel. As reflected in the book of Isaiah 48:10 KJV: God stated that: â€œBehold, I have refined thee, but not with silver; I have chosen thee in the furnace of afflictionâ€

And by scaling over what would ordinarily have constituted the hitches and hurdles along her chequered life, she was drawn closer to God. Those challenges served as the tonic to reinvigorate her faith in Him. Now, by that special grace she stands solidly as the pillar of unflinching support behind her loving husband, Governor Akinwunmi Ambode, now widely acclaimed as one of the best performing governors in the country.
The lesson to glean from this is that as Christians there are some miracles that we may not have the capacity to carry, unless we have been adequately prepared to do so. Such preparation would definitely involve having to pass through some trying times. As Henry Ford rightly puts it, â€œwe learn more from our challenges than from our successesâ€.
What therefore, define her today are catchy phrases such as; â€œ a prayer warriorâ€, â€œan epitome of care and love as the chief host in the State Government Houseâ€, â€œa virtuous womanâ€, â€œa lesson in humilityâ€ and â€œmother to allâ€. For those who are close to her these words do not connote hyperbole. They are apt descriptions of her true character. According to Patricia Ennis, â€œA virtuous woman isnâ€™t ruled by her passions-she passionately pursues an incomparable God.â€

For instance, she has used the power of prayers to propel her husband in his quest to become the state governor. Throughout the hectic periods of campaigns back in 2014 and early 2015 she never for once stepped foot in the campaign office. She attended only important rallies and seminars but was at the background galvanizing the good women of Lagos to cast their lot for her husband. As she told them and others who offered their support, his ambition was informed by â€œthe will of Godâ€. She would also add that, â€œthis is Godâ€™s project and He will see it throughâ€. What a woman of faith!
Indeed, her legendary humility was exhibited during those trying moments when she had to personally cook the delicious meals for various visitors and members of the campaign team. She would welcome each of them with her genial smile, exuding her alluring meekness and modest lifestyle.

It is on record that even at the monthly thanksgiving service at the State House Chapel, she would lie down flat for prayers and stand up to take part in the singing of songs to which she would dance to the admiration of God and man.
It is also worth noting that she has in no small measure inspired her husbandâ€™s uncommon passion in the determined drive to rid Lagos of all forms and vestiges of crimes against women from rape to domestic violence. She is an advocate of a happy and peace-loving family being a good example of one herself.

And as part of her pet project, Hope for Women in Nigeria Initiative, (HOFOWEM) she has commenced the distribution of 175,000 educational kits, consisting of school shoes and socks to children across the State public primary schools. The Foundation had in September last year launched â€œ Project Bright Stepsâ€™â€™ for public school pupils in Lagos State, during which Mrs. Ambode make the promise. Speaking at the Central Primary School, Oba Akinjobi Ikeja, one of the venues slated for the distribution exercise, Mrs. Ambode also renewed her call to parents and well-meaning Lagosians to pay adequate attention to the welfare of school pupils in the State.
In a similar vein, she has flagged-off the Stateâ€™s mass de-worming exercise for primary school pupils in the State, charging parents in the state to encourage hand-washing among their children, as well as maintain a clean and healthy environment so as to prevent them contracting worm infections..

According to her, â€œDe-worming children helps them to develop well and boost their learning capability. This is a great advantage that cannot be ignored because good academic performance will to a large extent determine the future of a childâ€.
She has in addition, twice successfully hosted the coming together of all the wives of the top-notch political office holders in the state to carry them along in her dream to make governance more people-friendly.
And as one with a burning desire for one, united and peaceful country, she has
enjoined Nigerians to embrace peace and love. She said this during the past Ramadan Season â€œFor any country to thrive, she needs love and peaceful co-existence to strengthen the social bond, and overcome any challenge confronting it as a nation. It is only when we allow love to grow in our hearts irrespective of religion, language and tribe barrier that we can collectively as a nation surmount any challenge confronting usâ€.

Little wonder that she has through her humility demystified the exalted office of the First Lady in Nigeria. Not for her are the apparatchiks of office. Not for her is the loudness or frivolities normally linked with such political platform but to be the true soul-mate to her hard working and resourceful husband. She is there assisting in his daily sensitive and critical leadership choices and actions, with powerful prayers.
As Proverbs 31:10 states â€œA wife of noble character who can find? She is worth far more than rubiesâ€. Stretching it further Proverbs 31:11-12 states that: â€œHer husband trusts her completely. With her, he has everything he needs. She does him good and not harm for as long as she livesâ€. She was born into the Odukomaiya family in Epe, Lagos, on February 15, 1964. She attended St. Theresaâ€™s College, Ibadan, Oyo, for her secondary school and Lagos State University (LASU), Ojo, Lagos, where she graduated in Physics/Mathematics for her first degree in 1989 and later Masters degree (MSc) in Public Administration in 1994.

Until her emergence as the Wife of the Governor of the State of Lagos, she worked as staffer of the now defunct Peopleâ€™s Bank of Nigeria before she left to join Instant Finance Nigeria Limited and later Aguagem Consulting. She is the Managing Director and Chief Executive Officer of Rehoboth Chops and Confectioneries Limited. The Rehoboth bread is said to be very popular among Lagosians.
It would interest Nigerians to know that she and her husband were born at the same General Hospital in Epe! What a coincidence, many would exhale. But the truth of the matter is that their union is Godâ€™s own Project that can never fail.
Her life is therefore, most inspiring to the younger generation of Nigerian ladies; instructive to those praying for a brighter future and food-for-thought for all lovers of God, willing to humble themselves at His feet and who He would raise, to stand up to anything!

–Ajanaku Idowu is the S.S.A Media & Strategy to Gov. Ambode. 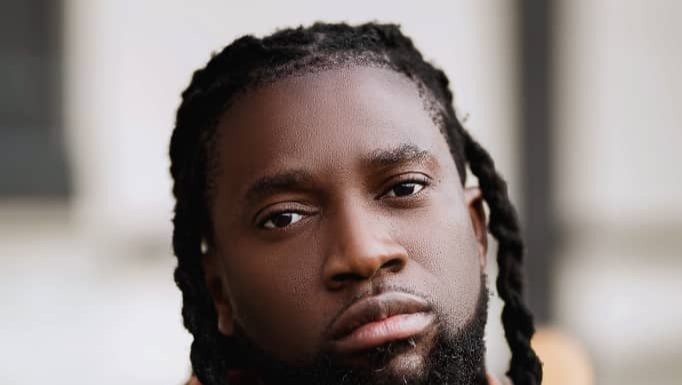