David-Chyddy Eleke writes that the spiritual director of Holy Ghost Adoration Ministry, Uke, spends over N15 million annually on charities and another N15 million on hospital bills each year for poor people in various hospitals

Friday, 24th February, 2017 will remain fresh in the minds of members of the Holy Ghost Adoration Ministry, Uke, and more so for those who were in attendance for the closing ceremony of a 33-day prayer march themed: â€˜My Year of Divine Enthronementâ€™. The prayer march was initiated by the founder and spiritual Director of the ministry, Rev. Fr. Emmanuel Obimma (Ebube Muonso). For many years, the sleepy community of Uke in Idemili North Local Government Area of Anambra State has come to be known as a pilgrimage centre for the sole reason of the siting of the ministry in the community, as Catholic and non Catholic faithfuls throng the ministry for their weekly adoration.

The case of 24th February seemed different from the usual weekly programme as unusual human and vehicular movements in the area could not have gone unnoticed by anyone. Though it was an all-night programme billed to commence at about 9pm, but as early as 2pm, members had started trooping into the venue to enable them secure choice sitting positions. The sea of heads pictured from the hilly location of the ministry was a sight to behold.

During testimony time, testifiers regaled members with beautiful miracles of God, which sounded like untrue tales, the testifiers were confident of what has happened in their lives. The prayer march which lasted 33 days most of the members said were harvest of miracles for them as a blind man had regained his sight, and a cripple also walked around at the arena after Rev. Fr. Emmanuel Obimma had commanded him to do so. The cheers generated by most of the healing would shake heaven if someone was to report from there a member quipped. At each testimony, the crowd went wild in cheers to the work of God, which Obimma latter said strengthened the faith of the people in God. The miracles of Mr. Paul Ukachukwu and Bernard Maduka who both received spiritual healing, regaining their power of hearing and speech were also some of the most astonishing as both men who are adults were said to be confirmed deaf and dumb by their family members. Obimma performed miracles even as many more received prayers of breakthrough through the prayer march.

Obimma, a priest in his 30s has grown the Holy Ghost Adoration Ministry to an enviable height, and has proven himself to be a chosen man of God. His strength in ministration is such that most people wonder how he copes with the voluminous job he has to do as he besides tending the ministry also works as the Parish Priest of Blessed Iwene Tansi Parish, Umudioka, Dunukofia. Just like every other dayâ€™s programme, Obimma mounted the stage and preached for a very long time, but unlike other days, a sermon he started as 9pm did not end until about 8am the next day, but what remained a surprise that the crowd was eager to hear more.

Some of the members of the ministry who spoke to THISDAY insist that Obimma is a man sent to liberate the poor and suffering masses. For Mrs. Toochi Mbah, Obimma is not just a priest who teaches you the way of salvation, he is a priest who offers assistance to his members to alleviate them from the sufferings occasioned by the countryâ€™s harsh economy. â€œHe will not spare anything to ensure that he takes care of the needy. All these money that people come here to dash him, he still gives it back to the needy. You will be surprised how much he spends on taking care of poor people.â€

Another member, Mr. Vincent Ezeugo said, â€œThis is the only place that when I come for worship, no matter how big my problem is, once I am leaving this place, I see hope, I become happy and I feel very light. He is truly a man of God, and am not surprised that the Lord is using him to help people both spiritually and materially.â€

As noted by some of his members, THISDAY gathered that his ministry spends over N15 million annually on charities, excluding another N15 million on hospital bills each year for poor people in various hospitals. In 2016 alone, it was gathered that Obimma had spent about N15.7 million to procure gift items which he splashed on widows, destitute and less-privileged ones. His businesses which include schools and factories are known to employ over 15,000 people, which he said placates his members in the face of the hardship the Nigerian government has bestowed them with.

He told THISDAY after seeing over 600 people for counseling immediately after the prayer march programme that, â€œThe Adoration Ministry has recorded unprecedented harvest of miracles. For me, I can say it is the most booming ministry around, because, when you come here, you see evidence of Godâ€™s presence, blessings and the power of the Holy Spirit in action. On weekly basis miracles are being recorded. My happiness is that nowadays, people from outside Nigeria visit here and share testimonies. Just recently, there was a man from China who was so sick that he had just one day to live. That day, I was in China to anchor a crusade. The coordinator of the crusade, Emeka, told me to wait behind and pray for a man who was diagnosed of cancer. His liver and kidney were damaged and he had only one day to live.

â€œWhen we got to the manâ€™s house, I saw only a skeleton. I didnâ€™t know what to say. I told God to perform a miracle that would convert the entire Chinese country. I blessed the man, anointed him after singing praises, the next day, Emeka who took me to the sick manâ€™s house, called me and said that China was in great jubilation. He told me that the man was healed and that he was removed from the life-supporting machine. He reported that the man who could not pass urine went to the toilet and passed urine unaided and also ate food. Doctors were amazed.â€

Obimma said his philanthropic spirit is solely to help alleviate the poor from suffering. â€œAs you can see, there is hunger in the land. The president and others should remove hunger in the land. People are dying on a daily basis. Prices of goods are skyrocketing. As a priest, Iâ€™m not happy when I see my flock suffer.â€ He further encouraged those under intimidation and abject poverty that God will uplift them and change their situations if only they believe in the anointing of Jesus Christ on them for accelerated promotion and elevation. He warned those suppressing the poor and depriving them of their rights for the simple reason that they were voted to power to desist. 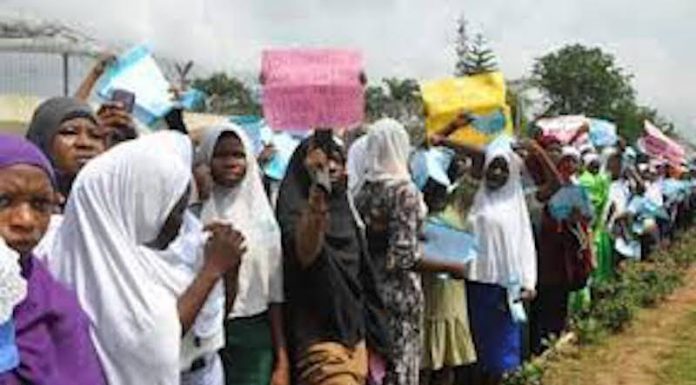