A Federal High Court in Lagos Wednesday struck out a suit filed by the federal government seeking to recover $793.2 million allegedly concealed by seven commercial banks in violation of the Treasury Single Account (TSA) policy.

The vacation judge, Justice Chuka Obiozor, struck out the suit following a motion of discontinuance filed by the federal government.

Counsel to the government, Prof. Yemi Akinseye-George (SAN), had Tuesday informed the court that he had the instruction of the Attorney-General of the Federation (AGF) to discontinue the case in the â€œoverall interest of the publicâ€.

Consequently, he filed a motion of discontinuance in accordance with Order 50, Rule 2, Subsection 1 of the Federal High Court Civil Procedure Rules 2009, asking the court to strike out the suit.

The federal government had in the suit alleged that the banks connived with some government agencies to illegally conceal the $793.2 million meant to have been transferred to the TSA domiciled in the Central Bank of Nigeria (CBN).
But the banks, through their counsel, denied the allegation.

All the defendants on Tuesday in a reply to the federal governmentâ€™s notice of discontinuance demanded between N10 million and N20 million as costs from the plaintiff.

While striking out the suit, Justice Obiozor ordered the federal government to pay N200,000 as a cost to all the banks except Skye Bank, which had no representation in court.

Obiozor said: â€œI have considered the reason given for the discontinuance, the demand, as it were, of public interest.
â€œI have also considered the fact that when a notice of discontinuance is duly and validly filed, it cannot be recalled, as the suit ceases to exist, the moment it is effectively discontinued subject to the payment of costs.

â€œI find that as I have not adjudicated on claims in the action before me for a pronouncement on the merits of the issues arising therefrom.
â€œThe proper order to make, with respect to this matter, is the one of striking out this suit and not of dismissal and I so hold.

â€œIn the instant case before me, the matter is yet to proceed to trial, I do not find that the justice of this case demands that this matter should be dismissed.â€

On costs, the judge ruled: â€œNevertheless, I shall not turn a blind eye to the effect of the interim order on the defendants.

â€œThis case cannot now go on, I find no reason not to compensate the defendants with costs at least to those of them who have appeared in this matter.

â€œI find the request for N10 million or N20 million as costs to the defendant not to be founded on with respect to established principles.

â€œThe defendants deserve compensation, which I assess and put at N200,000 against and in favour of and to be paid to each of the first, second, fourth, fifth, sixth and seventh defendants.

â€œIn the final analysis, the suit is hereby struck out and the plaintiff shall not re-list this suit without the prior leave of court.

â€œThe interim order of this court made on the 20th of July 2017, is hereby set aside, truncated and discharged.â€ 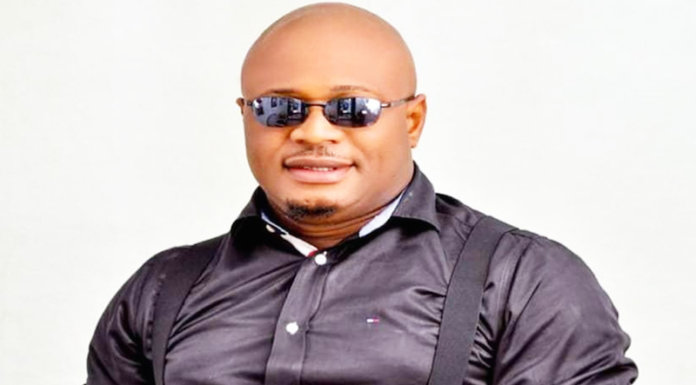