The Chairman of Seaport Terminal Operators Association of Nigeria (STOAN), Princess Vicky Haastrup has said the failure of the government to deploy a large number of traffic officials to ensure free flow of traffic during the closure of the Wharf Road in Apapa area of Lagos State was a â€œrecipe for chaosâ€.

Speaking to journalists at the weekend, Haastrup called on the federal government to urgently deploy traffic and security officials â€œin large numbersâ€ to ensure free flow of traffic in Apapa during the repair of the Ijora-Wharf Roadâ€.

Â â€œThis is not a matter that should be treated lightly at all. While we commend the Nigerian Ports Authority and the private sector for the repair of the severely damaged Ijora-Wharf Road, we must emphasise the need to ensure free flow of traffic while the repair lasts. We have noticed that anytime a section of the road is closed, everywhere is clogged. The entire port environment is paralysed,â€ she explained.Â

Â Haastrup argued that the situation could be brought under control by deploying security and traffic control officials to work in shifts to ensure round the clock traffic flow.Â

â€œThe control has to happen 24 hours a day to ensure free flow of traffic. Security operatives must also be deployed to support the traffic control officers at all times. If we do not ensure free flow of traffic while the road repair lasts, port congestion might be inevitable. Port congestion is certainly not what Nigeria can afford at these difficult economic times. Port congestion will result in vessel queues – which are already happening – and this comes at a huge cost to the Nigerian economy,â€ Haastrup said.Â

The STOAN Chairman said there had not been any form of port congestion since 2006 when the ports were concessioned, stressing that no effort should be spared to ensure that it does not set in at this time.

Hasstrup also said it was wrong to blame any terminal operator for the chaos on the Apapa-Wharf Road, saying terminal operators were also suffering from the effect of the perennial gridlock.Â

â€œTerminal operators have nothing to do with the state of the road. If anything, they are the ones supporting government to find solution to the problem. Many terminal operators have committed enormous resources to provide palliatives on the road to bring succour to road users. The closure of a lane of the road is bound to take a toll on traffic flow and that is why an effective traffic management system is the solution to the current gridlock,â€ she said. Haastrup also tasked the government on the development of alternative modes of transport, such as rail and pipeline, to reduce pressure on the roads.

She said that on the long run, there was need to relocate tank farms from Apapa.Â

â€œIt is wrong to have populated the port environment with such large number of tank farms. It is part of the problem that government should eventually find solution to,â€ she added.Â

In its H1 2017 financial results released on the floor of the Nigerian Stock Exchange (NSE) in Lagos, Diamond Bank Plc showcased strong growth in core financial parameters surpassing analystsâ€™ projections for the period.

Â The interim report and accounts for the Bankâ€™s operations for the first six months of the business year obtained by our correspondent, show significant growth in all key financial parameters as profit before tax surged year-on-year by 2.8 per cent to N10.8 billion, this followed the leapfrogging of gross income over total expenses during the period under review.

Â Most significantly and against industry expectations, the Bankâ€™s gross earnings jumped by 16.1 per cent over the previous year to N114.1 billion while interest income also increased astronomically by 31.5 per cent to N89.1 billion, reflecting the success of the managementâ€™s strategic efforts targeted at improving and boosting this income line.Â

Although the impairment charge increased mildly by 6.9 per cent, which is in tandem with the Bankâ€™s continuation of prudent provisioning, its total asset grew by 0.8 per cent year-on-year to N2.065 trillion, making Diamond Bank one of the top six biggest banks in the country.Â

Despite the fact that loans to customers shrunk by 1.8 per cent from N1.4 trillion to N1.3 trillion, reflecting the cautious optimism employed by the management to manage and stabilise risk assets as the economy waddles through and out of recession, the Bankâ€™s retail customers grew exponentially with over 6 million Diamond Yâ€™ello customers opening accounts in the last two years.Â

Although customer deposit base shrunk by 1.8 per cent from N1.4 trillion to N1.3 trillion within the period, reflecting the effect of the inflationary spiral on savings, deposit from other banks surged by 31.9 per cent to N136.4 billion from N103.4 billion, reflecting strong confidence and trust on Diamond Bank as one of the systemically important banks in the economy.Â

Commenting on the Bankâ€™s H1 performance, Uzoma Dozie, Chief Executive Officer stated that despite the economic headwind, the Bank would remain resilient and sustain the positive growth throughout the two remaining business quarters.

According to him, the Bankâ€™s strong liquidity and capital adequacy ratios plus its digital infrastructure have strengthened and rightly positioned it to meet customer obligations and offer service deliveries that are beyond banking, adding that the improving macroeconomic conditions will help stimulate and sustain the growth trajectory of the Bank.

â€œThe positive economic signals witnessed at the beginning of the year continued in the second quarter and we believe this will translate to greater productivity in the months ahead. There have been market driven adjustments in the exchange rate of the naira versus other currencies and this has helped supply into these markets. Overdue trade obligations, which were an issue some months ago, have been addressed significantly and demand is generally being satisfied providing the right conditions for trade activities. Inflation has continued to recede, with the prospect of some GDP growth by year end, even if marginal. Against this backdrop, our income streams remain resilient and considerable growth was recorded in gross earnings,â€ said the CEO.

Speaking further, he stated that a core strategic focus in the next business quarters is to continue building on the progress made in H1 2017 by accelerating and entrenching the digitalization of products, services and operations, adding that the management will beam its lights on the loan book with a view to improving the quality and further strengthen the balance sheet. Â

He said: â€œIn the coming months, we plan to sustain the growth momentum by retaining focus on our digital retail strategy and lifestyle banking. A key component of this focus is to continue adding value driving services to our platforms and signing on more merchants to our networkâ€.

Commenting about the result on the floor of the Exchange, analysts and industry watchers opined that the Bank has been rightly positioned for accelerated growth in the next business years ahead, noting that with the strong retail strategy, digital infrastructure and focused management, the core fundamentals have continued to look up.

For example, the Bankâ€™s Low cost deposits account for more than 80 per cent of its deposit base. This is very significant as it reflects the Bankâ€™s diversified customer base across market segments through compelling retail offerings, giving vent to material risk diversification.

Also, the consistency in the execution of its technology-led retail strategy has continued to drive and deepen customer acquisition and activation, as its mobile bankingâ€™s share of total transaction count, jumped to 58 per cent from 46 per cent in the previous year. The Bank has relentlessly focused its e-payment solutions on convenience, lifestyle, efficiency and mobility, thus, growing revenue from ATMs, cards/POS and online banking.Â  Â

According to Uzoma, apart from its world-class products and service delivery driven by a strong digital infrastructure, Diamond Bankâ€™s brand is consistently being enhanced by the managementâ€™s focus and involvement in multiple partnerships with domestic and international NGOs and similar organizations, including the Gates Foundation, Womenâ€™s World Banking, MTN, Bank of Industry and EFinA. These partnerships have continued to help stimulate the drive for innovation in financial products and quality service delivery in the financial services sub-sector. 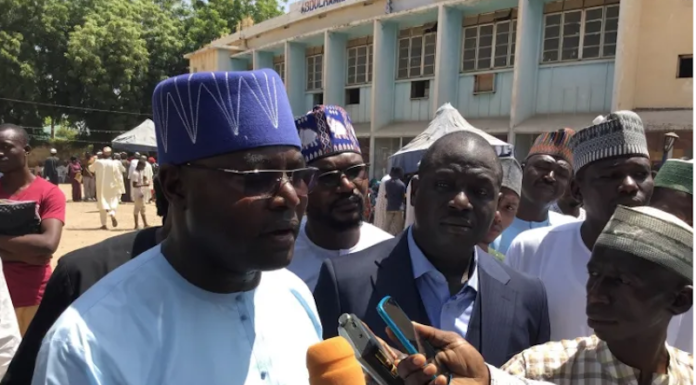