The Managing Director of OMAIS, Chief Omochiere Aisagbonhi said Agungi Terraces is modestly priced at N60 million per unit, adding that it has fascinating facilities like swimming pool and a huge playground for children and for recreation.
Aisagbonhi, who addressed journalists at his office at Onigbogbo in Maryland, Lagos, said no other estate around the axis had such generous space and competitive facility, adding that even with the harsh effect of the recession on the earnings of real estate developers, he finds it a pleasure to provide exquisite residential apartments in middle to high income areas in Lagos and beyond. He said he has provided mortgage facilities for between 30 to 35 per cent for prospective clients to enable them pack in while they continue with their monthly mortgage plan.

The company also has projects like the estate in Gbagada, which comprises of 2 units 4 bedroom semi-detached duplex with one room boys quarter at a modest price of N55million each.
This according to him has between 6 to 18 months mortgage to enable prospective subscribers have part of the tastefully done upscale residential buildings.fo
The third apartment, a 10 units super luxury apartments at Shonibare estate, Maryland where he claimed is one the most secured areas in Lagos especially now that security is an issue in the city. Describing the apartments, he said it has fitted kitchen, stainless steel appliances, washing machine, 24 hours security service, CCTV, electric fence, automated alarm system, water borehole etc.

He said for all their development the idea is for the prospective owner to pack in and pay later.
He however, lamented the downturn in the economy of the nation stressing that in other countries of the world government give genuine business men interest free loans and bail â€“out to ensure that they continue in business. He said: â€œ Here government stifle and suffocate small businesses with taxes but in other parts of the world depending on your number of staff government give you tax â€“holiday to keep you going. We have retrenched over 78 per cent of our staff and shrinked our operation to about 10 per cent and government is talking of security issues while people are daily losing their means of livelihood through bad policies of government.â€

He disclosed that his company borrowed money at 30 per cent and wondered how they can break even. According to him he borrowed One Hundred Million Naira (N100m) in 2014 and have incurred N90million interest currently and wondered how long he can keep afloat even while operating at 10 per cent capacity utilisation.

Providing solution, he asked government to come out with robust policies to help businesses and avoid multiple-taxation. He specifically mentioned the difficulties associated with procuring approval in land documents and ownership transfers. He advised government to monitor their officials in sensitive ministries and parastatals. 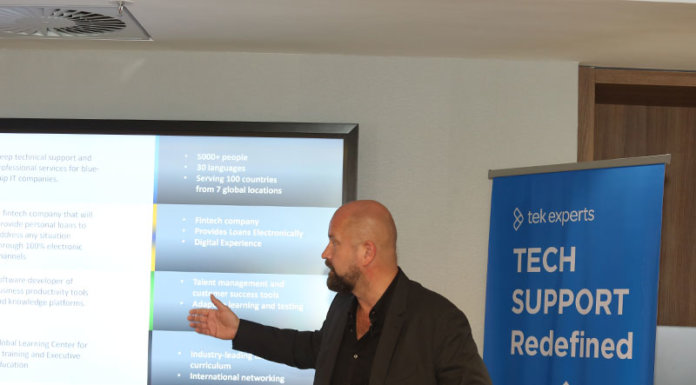