It was not just a show. It’s a blue print for humanity to say no to war. Yinka Olatunbosun reports on the two-week performance of Nigeriaâ€™s Kakadu the musical in Johannesburg, South Africa.

Both the beauty and size of Jo’burg Theatre in South Africa were amazing. It is equipped with four theatres and the destination for the Playhouse Initiative was Nelson Mandela Theatre, which is the largest in the building. The theatre is situated in the heart of business area and in close proximity with University of Witwatersrand and City College as well as museums.

The city of Jo’burg seemed to have stayed awake for Kakadu. Wrapped up in winter clothes, many night-crawlers who once preferred to stay indoors thronged to the theatre, as the local television stations trumpeted the award-winning musical done in collaboration with the Jo’burg theatre.

The cast and crew of Kakadu the Musical first needed to acquaint themselves with modern stage crafts such as the use of stage wagons and electronic flats. It was a delight watching as two parallel flats were lifted on and off the stage while actors are ferried off some scenes with ease using wagons. One of the greatest criticisms against Kakadu the Musical is the pace of the drama. With the introduction of stage technology into production, the play was trimmed to appropriate size, reducing the length by almost 20 minutes. The director, Kanayo Omo acknowledged this in an interview at the early hours of the dress and tech rehearsals.

Strangely, the doors were opened to an audience who is willing to pay half of the ticket price on the dress and tech night. The show had better been good from that night as news about a show spread faster than wild fire around Jo’burg. One advantage that this journalist had above the audience was to tour the backstage where the costumes for the show had been arranged in professional order. The sight elicited gasps here and there. Sprawling out into the garage, the backstage alone can recreate eight more stages.

In some curious ways, the stage is reminiscent of Oduduwa Hall at Ile Ife. But the similarities are not too obvious to a casual observer. About seven hours later, while the performance was in progress, a soldier in the war scene just emerged from the stage centre floor with gun in hand. Yes, Oduduwa Hall was built with such stage facility but it is hardly used for the purpose.

On Kakaduâ€™s much anticipated opening night, the Nelson Mandela theatre was filled to capacity. Some guests, presumably Nigerians, wore traditional Nigerian attires in defiance of the biting winter where temperature drops as low as three degrees on some nights. Having followed Kakadu performances since inception, the audiences in Johannesburg are probably the most receptive of the show.

“What do you think?” was the usual question from Nwokedi after each show. But that opening night, it was a total tongue-tied situation and as the actors said,” very emotional”. Kakadu finally got all the right ingredients in one pot. Bon appetit!

The next evening, no one was quite prepared for the type of audience temperament. It seemed a lot of students were inside the theatre. Mischief was in the air. Some of them sang along with the actors, dropped in a few interjections such as “Chineke” while chants that were reminiscent of Zulu warriors wafted in occasionally. Some screamed, â€œHashtagâ€™â€™ while others tweeted and retweeted the line, â€œWhy watch Kakadu once when you can watch it twice?â€™â€™

And the moment where the central character Lugard Darocha (Ben Ogbeiwi) tore up his T-shirt in the agony of post-war distress and his inability to find his family, the female audience broke into sexy grunts at the sight of his bare chest. For a professional, the reaction could be disturbing as it would imply that the emotion of the story had been lost on the audience. But that’s not true. In reality, there were many nights when some members of the audience really shed tears having seen the aftermath of war. From a theoretical angle, the use of wagons and placards in Joburg Theatreâ€™s production of Kakadu the musical reminds one of that â€œVerfremsdungeffektâ€™â€™ made popular by the dramatist, Bertolt Brecht. It is meant to alienate the audience from the emotional attachment to the on-stage drama. Rather than empathise, it is created to make the audience rationalize the dramatic action and perhaps, provoke them to make societal change.

Having been performed in Nigeria and Davos, Switzerland, Kakadu had never been more relevant as a social commentary as it was in Johannesburg. As the show was running, the news from Nigeria said that some Northerners were agitating for the Igbos to leave Northern Nigeria. Meanwhile, this year marks the golden anniversary of the beginning of the Nigerian civil war where all Southeast states as well as the oil-rich Niger Delta were to be ceded to Biafra. But there’s nothing golden about any post-war region. Mutual suspicions linger, hate simmers and economy crawls. That’s the story embedded in Kakadu the Musical, penned five years ago before Nnamdi Kanu woke up to new calls for Biafra.

The playwright, Nwokedi didn’t see these new agitations coming. All he wanted was to use the tool of entertainment to propagate social change, empower youths and spread the good image of Nigeria abroad. And that he did. At the nearby hotel where the cast and crew members were lodged, many tourists requested that the Kakadu dancers should teach them a few dance steps. And if you didn’t meet anyone that wanted to know more about Nigeria at all, it means you have a remarkably stern face. South Africans became very inquisitive, asking questions about our weather and Nigerian theatre tradition. Some of them argued that Nigerians don’t sing exceptionally and that most of Kakadu singers might have been imported from other countries. Thankfully, only one actress is from Botswana. Others are authentically Nigerians. One must understand that their experience of Nigerian music is mostly drawn from their knowledge of the Davidos. Our pop musicians bathe in auto tunes and would never attempt the pitch and range of Kakadu’s sopranos.

One interesting feature of performances at Jo’burg theatre is that every three-hour show has a 15minute break for refreshment and small talk. Although a few members of the audience who were new to the theatre tradition almost walked away thinking that the play was over, a large number trooped to the theatre restaurant that parades mouth-watering cuisines, coffee and cocktails.

Every e-ticket bears the holder’s seat and row number to ensure orderliness which is a way of life in Johannesburg by the way. You get a number as you enter a banking hall or an eatery and you will get called by this number. Perhaps, the only public place where no one gives you a number on entry in Joâ€™burg is the Nigerian food restaurant. It’s difficult to understand why anything associated with Nigeria ends up that way.

After each show, some would take selfies with some of the cast, commending them for putting up a great show. A family had once invited the 50-man cast and crew for a lunch. Others have debated how the story in Kakadu is similar to the political climate in their home countries. It seemed everyone could find a nexus with the musicalâ€™s anti-war themes.

Jo’burg Theatre is funded by the state and thrives on enabling infrastructure such as regular power supply, government subsidy and good road network. The theatre entered into this collaboration with the playhouse initiative based on the published reviews on the play. So far, the reviews on Kakadu have been largely positive. A South African reviewer, Katlego Mereko in Joâ€™burg Post writes: â€œI have watched and written on quite a few theatre plays now, and if all of them were of good quality, then Kakadu punches way above that benchmark.â€™â€™

For the Project Manager, Kakadu the Musical, Lolo Eremie, the production has served as a platform for the artists to be good ambassadors of Nigeria. Reflecting on working with the artists, she admitted that â€œthe drama does not end on stage.â€ It continues after performance and it takes patience to work diligently. She had the enormous task of managing the travel logistics of more than 50 cast and crew members with the assistance of the stage manager, Aaron Ubong who ensured that everyone ate dinner and returned to the hotel safe. 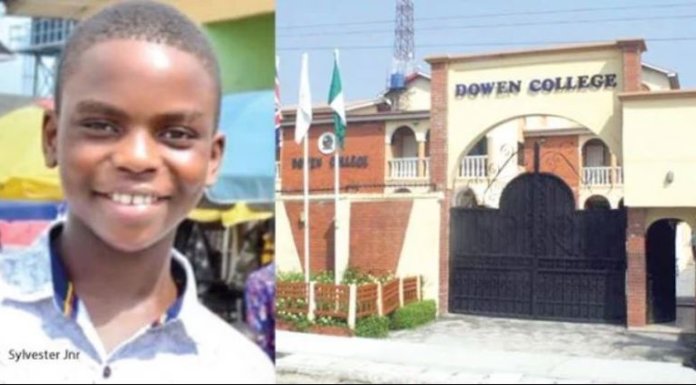 Oromoni: Our Children are Traumatised, Dowen Parents Cry Out