Former Vice-Chancellor of Adekunle Ajasin University, in Ondo State, Prof. Femi Mimiko, was a delegate to the 2014 National Conference and member of the National Institute. He has just published a 514-page book book titled, â€˜Getting Our Universities Back on Track: Reflections and Governance Paradigms From My Vice-Chancellorshipâ€™, detailing his experience as vice chancellor. In this media chat, he speaks about the book, and other critical issues relating to the nationâ€™s educational system. Olaseni Durojaiye was there

What motivated you into writing this book?
There were basically three main reasons why I thought the book needed to be done. First, running through the entire gamut of university governance as I did, I found out that the critical knowledge required for the administration of the universities had virtually thinned out among Nigerian professoriate. Many people simply do not know what to do when placed at different levels of the governance ladder in the university system, and I thought everyone who had a conviction on the appropriate manner in which to relate to the issues should commit their experience into writing to help hone the capacity of those who may bother to read them. Secondly, with all sense of modesty, I was convinced I turned around the fortune of AAUA during my tenure as VC, and thought I needed to share the story of how I was able to negotiate the very slippery terrain of university governance to snatch that degree of success from the very bad situation that I met on ground in 2010. The third reason has to do with the fact that at AAUA, I had a peculiarly challenging situation that required me to take some very tough decisions, many of which some are wont to misinterpret for different reasons. I thought I needed to put the records straight so that nobody is left in any doubt why we did what we had to do, and what results we got therefrom.

This is a 500-page book. It must have taken you so many years to put together.
Come off it! Remember, I was VC between January 2010 and January 2015, indicating that I left office about two years ago. So, the question of â€˜so many yearsâ€™ does not really arise. Meanwhile, immediately after my tenure, I was privileged to be a participant on the Senior Executive Course 37, 2015, of the National Institute for Policy and Strategic Studies, Kuru. That course lasted for virtually the whole of 2015. By the way, the Kuru program was so expansive and engaging that I found no time at all doing any other thing other than the Kuru assignment. Much as I wanted to start work on the book at this time, I just couldnâ€™t find the time. Indeed, that was one reason why I sought affiliation with Harvard University for the whole of 2016. It was at Cambridge, Massachusetts, in the United States that I was able to put the work together. I started in earnest in February 2016, and by June of the same year, the manuscript was ready for publication. I thank God for the grace to do this. Let me also seize the opportunity to enjoin not just former VCs, but indeed everyone that has been privileged to hold high office in this country, to endeavor to commit their experience into writing. This is very important to up our game vis a vis public administration. It is also good for its research and historical value.

The title of your book, Getting Our Universities Back On Track, is quite suggestive. Are you saying our universities are off track?
To say that our universities are off track is to say the obvious. If you look at how badly we are fairing in terms of research alone, which by the way, should be our major mandate, you will begin to see how much off the mark we are. If you consider the fact that our universities are now citadels of instability, and for several of them, gangsterism and all manner of vices, you cannot but admit they are off track. By the grace of God, I have been privileged to visit, lecture, or attend academic conferences in universities scattered all over the globe, on all continents, and I know exactly what a university should equate in this 21st century. We are far from that mark in Nigeria. Small wonder, we do not seem to be doing well in webometric ranking. Our universities are so shamefully behind their counterparts in other climes.

What do you think needs to be done to bring the universities back on track, as the title of the book indicates?
That is surely a more challenging question. Indeed, that was one principal reason that made me to write this book. Often times, people talk about funding challenge. They say that our universities, indeed the educational system in general, faces inadequacy of funding. Yes, the gap is no doubt considerable, and we cannot begin to talk of the possibility of moving our universities forward if we are reluctant to invest in them. But my position is also that beyond money, a major factor in the underperformance of our universities is what I call the attitudinal challenge we that work the system represent. There is a whole lot that is wrong with the way we do things in the universities and indeed all the higher educational institutions, which if we do not address, would keep our universities at the bottommost rung of the ladder for ever. I highlighted a few of these in the book. Just go to the average Nigerian university today and see the state of the work ethic. It is simply atrocious! Look at what we have made of our academic calendar by our penchant to go on strike on the slightest of excuses. I am sick and tired of all of these, and I hope that VCs are positioned adequately in terms of capacity and resourcefulness to take the hard decisions prerequisite to getting our universities back on track.

What would you consider your principal accomplishments at AAUA? I mean, why did you consider your outing there such a success story that is deserving of writing this big book?
Thank you very much for that question. The details of what we needed to do, and what we actually did to have a turnaround that AAUA represents are captured in the book. But let me give you a window to what we accomplished. The university was noted for its incessant stoppage of operations, multiple strike actions by staff, and unlimited disruption of academic activities by students before I took over in January 2010. By the grace of God, I put the university on the path of stability. We ran our academic calendar unbroken for all of the five years I spent as VC.

My students began to do very well all over the place. In 2014, we produced the candidate with the best bar examination result of the Nigerian Law School in the whole country. In that same year, my debating team came first in a federal Ministry of Education-organised debate for all tertiary institutions in the country. A student of mine was on the Nigerian contingent to the London Olympics, and won several medals, including gold, in a number of other international sporting competitions. We threw a lot of funds into research with quite impressive results. Scores of trainee academics were sent abroad for their PhD, thereby enhancing the human resource base and cosmopolitan outlook of the university. Mind you, for five years, I ran an admission policy that was predicated completely on merit. There was no place for Governorâ€™s List, no VC List, and what I found out was that this enhanced so much the self-confidence of my students. It was a critical element in the superlative performance we began to see in their academics, and general outlook to life. Of course, we did quite well in terms of expanding the infrastructural profile of the university. At a point, we had scores of projects, of different sizes and configuration, going on on our campus. We also ended up delivering the most modern, functional and aesthetically pleasing Senate Building in the country, in any public or private university. The iconic building was fully funded under our capital vote provided by the Governor Olusegun Mimiko government.

People are wont to suggest that you got so much done as VC because your brother was governor of the state at the time.

This is one reason why you should read my book. You know, Nigerians are given to idle talk, especially now in the age of the so-called social media where all manners of characters have the leeway to write and post anything that catches their fancy, without any responsibility whatsoever as to accuracy. It is indeed the age of power, media power, which you can exercise without responsibility. It is akin to how the United Nations Research Institute for Social Development characterised transnational corporations in one of its reports in the 1990s, exercising power without responsibility. And so, people say a lot of things, mostly out of ignorance, but for many of them, out of pure mischief. Compounding this now is the incidence of acute mental laziness stalking the land. People no longer bother to be educated on issues. They simply assume what a particular reality should be and begin to propagate such.

I demonstrated in my book, with the figures, that AAUA on my watch was not better funded by the proprietor, the Ondo State Government, than the other two tertiary institutions it owned at the time. What we saw at AAUA, with all sense of modesty, was evidence of correct vision, and courage to take hard decisions. I am greatly delighted that my students in those five years had a rewarding experience passing through us. I feel very proud that at the end of my tenure as VC, the National Universities Commission handed over to me the only slot for the entire Nigerian University System to attend the course at Kuru, the nationâ€™s foremost think thank. What further evidence of accomplishment could I have hoped for. All of these issues are given vent to in the book; and I think everyone with some form of responsibility for higher education in this country should read it.

editor - October 31, 2020 3:03 am
45
BY DELE MOMODU Fellow Nigerians, let me start by thanking God for my unusual mindset. I’m also grateful to those who have mentored me in... 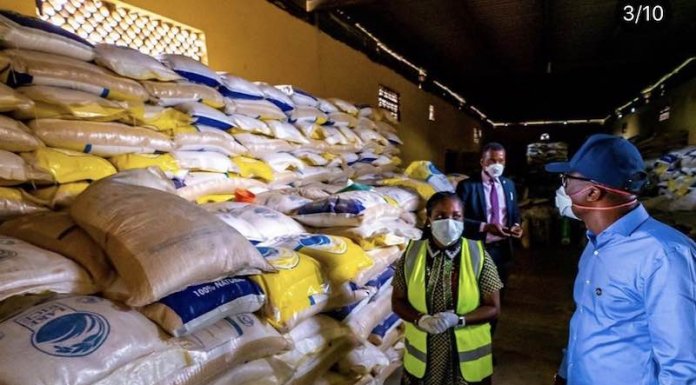