His unveiling as Sunshine Stars Technical Adviser was widely celebrated but with the ultimatum to save the club from relegation. Having formerly abandoned his post at Enyimba and Gombe United, Austin Eguavoen promised to see out his contract with the Akure-based club. Characteristic of the former Nigerian international, he rocked the boat recently as Kunle Adewale reports

AÂ ustin Eguavoen was in April unveiled as the technical adviser of Nigeria Professional Football League club, Sunshine Stars, with a short-term contract till the end of the season. He was given the mandate to rescue the team from relegation in addition to doing well in the Federation Cup. Former national teammate, Ike Shorunmu was also signed to work with Eguavoen.

â€œThe assignment is to save Sunshine Stars from relegation. I will implore our fans to be patient with the new coaches. I believe they will work for us; there is no sentiment in the appointment of the coaches. There is no sentiment or politics in football, the governor has instructed us to look for good players to save Sunshine Stars from relegation. We agreed on bringing Eguavoen and Shorounmu on board to handle this club because of the track records of the two coaches. We believe they can save the club from relegation as well as so well in the FA Cup,â€ Gbenga Elegbeleye, Head of the Interim Management of the club said at his unveiling.

Reacting, Eguavoen said, â€œWe have been saddled with a huge responsibility. This is a huge task. I walk out on clubs that donâ€™t do what they are supposed to do but I wonâ€™t walk out on Sunshine Stars. We want support from our people and we will do our best for Sunshine Stars.â€

In his first game in charge, the former Super Eagles coach lifted the spirit of Akure fans with a 2-0 victory over defending champions, Enugu Rangers.

Eguavoen reacted thus, “I am impressed with the performance we put up against Rangers, though we won but there are obvious places we need to work on. The organisation of the team was very good because Rangers didn’t get a clear cut chance at the goal. They kept the ball well but don’t forget that they are the reigning champions. To curb any form of pressure due to the situation we are in, we told the boys to enjoy themselves and the result will come.

“Akure fans showed great passion, they love football, they don’t want their team to lose but emotions must be controlled. We don’t pray for the worse; we want to keep winning so that the fans will be happy. The major focus is to survive and if we keep winning games who says we can’t pick a continental slot.”

However, after just five matches in charge, in which he won two and lost three, Eguavoen threw in the towel citing bad officiating in the NPFL as his reason. He added that he was now aware why some of his colleagues turned down coaching jobs in the local league. â€œNot all referees are bad, just some of them, it is quite unfortunate,â€ he said.

Eguavoen experienced two home defeats while in charge of Sunshine Stars, against Lobi Stars and against Plateau United.

He claimed that questionable refereeing decisions in those matches, as well as some during his sideâ€™s 1-0 defeat to Shooting Stars in Ibadan, forced his hand as regards his eventual decision to quit.

â€œAgainst Lobi Stars, we (Sunshine Stars) scored a good goal which was disallowed. Against Shooting Stars, we scored a good equaliser which was again disallowed. I was not happy and in our next game against Plateau United, another injustice happened when a player from the Plateau team scored a goal with his hand and it was accepted.

â€œAfterwards, I spoke to the referee and the match commissioner and asked them to tell me how many ex-footballers from the Super Eagles class of 1994 (who are coaches) are involved in the league in terms of coaching. I was advised by some of my ex-teammates not to take up the offer to return to coaching in the NPFL but I insisted as I wanted to give back to my country.

â€œHowever, after just a few weeks, I have realised that it is hard to change things because there are few people in the league who are making it difficult for the league to grow. Some people say I have a reputation of not staying long in a particular club but I am an authority in this game and have a name to protect so quitting was the best option in this case,â€ he concluded.

Â The immediate past President of the Nigeria Referees Association, NRA, Ahmed Maude, urged the coach to tell the truth behind his resignation, charging the League Management Company, LMC, to look into the issue and apply sanction accordingly.

He said, “There is more to this honestly. I have never heard of it that a coach quits because of bad officiating when there has been no official report. It’s high time the LMC looked into this, they can’t keep treating referees like this; we are blamed for everything. We agree that there are times errors are made. “It’s not fair that he will portray referees in this light, we are doing our best; he should say the truth. We have referees that just returned from continental engagements. If they are not good, will they be officiating for CAF? He should be punished for sabotaging our efforts.”

Meanwhile, some have blamed Eguaveon’s resignation on corruption.

Former Green Eagles Captain, Segun Odegbami, in an interview with the News Agency of Nigeria (NAN) said that the situation was sad. “It’s a psychological thing, this has been an issue for a very long time and nothing has been done. I don’t know if anything can be done in this regard because it seems nothing has been done to make our referees better. It’s like corruption in this country it has eaten deep into the system, in fact that’s what is wrong with our football. It is the same set of people that have been there that are still there so you don’t expect much from them,” he said.

â€œThe truth is at times human error comes into play but when it becomes consistent, it shows something is wrong. For him to resign shows that he knows what he is doing. He saw that he could not cope and did the needful.

It takes guts for him to do that; itâ€™s unfortunate that he resigned and Sunshine has lost a good coach, â€ Joseph said.

Nduka Ugbade said, â€œThere is more to it, thatâ€™s my assumption; Austin is a coach that knows his worth. Itâ€™s so unfortunate that things ended like this for Sunshine, they really needed his experience.

â€œThe truth is our referees need reorientation but itâ€™s not enough for Eguavoen to resign. He should present his evidence to the relevant authorities. This is not to justify anything but the truth is officiating in the NPFL needs serious upgrade,â€ he said. 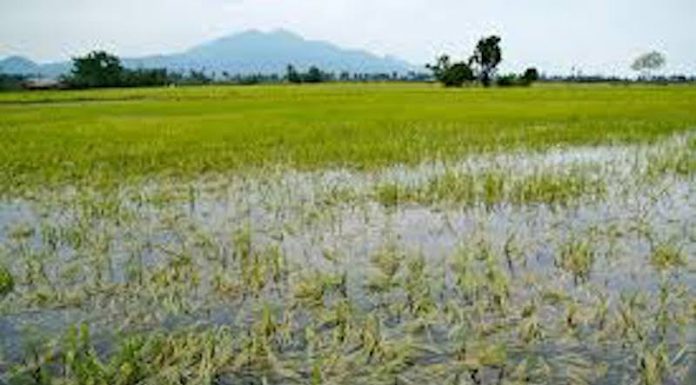 Flood as Threat to Rice Production