With no end in sight to the hate and divisive statements passing back and forth between some youths in Northern Nigerian and their counterparts in the South-east, acting President Yemi Osinbajo Tuesday for the umpteenth time warned that the federal government would deploy the necessary security apparatus to punish anyone who threatens the peace of Nigeriaâ€™s territorial integrity and the life of any Nigerian.

Osinbajo issued the warning while continuing with his consultative meetings with Northern monarchs at the Presidential Villa, Abuja, stressing that the federal government was committed to the task of promoting the unity of the county, because it is the bedrock of any prosperous nation.
The meeting had earlier been scheduled to take place on Monday but was shifted to Tuesday without any official reason.

Osinbajo, who however later hosted the monarchs at a dinner to break their Ramadan fast on Monday night, used the occasion to report his findings since last week when meetings with Northern and South-eastern leaders began over agitations for secession in the South-east as well as the ultimatum issued by Northern youths to Igbos living in the North to vacate their region by October 1.

Osinbajo, who told the Northern monarchs that as royal fathers, their place in history was significant because they are the embodiments of culture and tradition that also establish links with the past and prepare the grounds for the future, added that the meeting was orchestrated by divisive statements which he said followed agitations for secession and the consequent ultimatum.

He reiterated that different leadership groups he had met since the commencement of the meetings had come to the consensus that Nigeriaâ€™s unity was sacrosanct and hence must be upheld perpetually.

He described both the agitation for secession by the Independent People of Biafra (IPOB) and consequent ultimatum by a coalition of Northern youths as unjustifiable, unacceptable and in most cases, illegal.
He viewed such developments as unnecessary, pointing out that the price for the unity of Nigeria had been paid with the blood of many Nigerians, including soldiers.

He also recalled a remark by President Muhammadu Buhari in reference to his hey days in the military when he narrated how love and unity was their strength.
He tasked the traditional rulers to play a fatherly role in their respective domains by opposing divisive remarks and providing guidance to the youths by cautioning them against playing the ethnic card.

He said even though certain situations might engender frustrations, such frustrations must be managed in a way that it does not snowball into hate and divisive tendencies.

â€œAs royal fathers and leaders, I think you will agree with me that we all have a role to play in countering the voices of divisiveness, and the elements who seek to take us down a bloody path.

â€œLet us continue to counsel the misguided elements among our youths, who think that ethnic confrontation is a game and that words can be thrown around carelessly without repercussion.
â€œHaving said this, let me say that we are not deaf to the legitimate concerns and frustrations arising from around the country. Every part of Nigeria has its own grievances.
â€œBut these have to be expressed graciously and managed with mutuality, rather than with scorn and disdain.

â€œI would like to assure you all that we are here to listen and to answer, and very importantly, to reassure everyone that we are committed to the unity of Nigeria, and that upon the foundation of that unity we can together build a prosperous and great country.

â€œWe must never take our diversity for granted; the fullness of our strength actually lies in that diversity. And we must wield that diversity, not as divisive tool, but as a binding agent.
â€œAs we round up these consultations tomorrow with a meeting with the governors, it is clear to me that we are all resolved to, by words, conduct and action, promote the unity of our dear nation.

â€œOur objective is to provide the environment for a prosperous nation, a nation where all regardless of ethnicity or religion can pursue their legitimate aspirations peacefully and securely,â€ he stated.
Osinbajo will hold the final meeting with governors of the 36 states of the federation Wednesday.

Coming on the heels of Osinbajoâ€™s meeting with traditional rulers from the North was the promise made Tuesday by Kaduna State Governor, Mallam Nasir el-Rufai, that the Arewa youths who issued the quit notice to Igbos would be arrested and prosecuted as a deterrent to others, no matter how long it takes.

The governor, two weeks ago, had ordered the arrest of the leaders of a coalition of northern youth groups who issued the ultimatum, but no arrest has been made to date, leading to accusations that some sections of the country are treated differently from others.

Speaking when the Igbo Delegate Assembly and Northern chiefs of South-east extraction paid him a courtesy call at the Government House, Kaduna, el-Rufai insisted that the Arewa youths behind the ultimatum will not only be arrested but will be prosecuted.
He, however, urged the Igbo leaders to prevail on their youths against making statements and agitations capable of dividing Nigeria.

He said: â€œThe Kaduna State government is grateful to the Igbos for coming to Kaduna. Kaduna has suffered so many crises, so we are very sensitive to comments that incite and cause disaffection among the people.

â€œKaduna used to be home to all, but so much crises has divided the state and the metropolis across religious lines.â€
He said his administration decided to abolish indigeneship to give every residents of the state a sense of belonging, declaring that â€œonce you live in Kaduna you are an indigeneâ€.
According to the governor, many people had been arrested for hate speeches in the past and were being tried in the courts.

â€œWe are going to arrest the Arewa youths and bring them to justice no matter how long it takes, since the press conference was done in Kaduna.

â€œIf they had done it in any other place we would have just condemned them, but since it is in Kaduna we are going to arrest them no matter how long it takes,â€ the governor said.
He restated that his state had witnessed so many crises in the past and for this reason would not take chances with anything threatening the peace.

â€œI have the mandate of the Northern Governorsâ€™ Forum under the chairmanship of Borno State Governor, Kashim Shettima, to reassure the Igbos in the 19 Northern states and Abuja that their lives and property are safe in the North,â€ el-Rufai said.
Speaking earlier, the President General of the Igbo Delegate Assembly, Chief Chikezie Nwogu, commended the federal government and el-Rufai for their swift reactions to the quit notice issued by the Northern youths.

Nwogu, who led the Igbo traditional rulers from the 19 Northern states on the visit, said Igbos were ready to remain in the North.
â€œWe are here in Kaduna to hold a meeting based on what has been happening in the North, especially with the Arewa youths and the ultimatum given to Igbos and the agitation by IPOB.

â€œWe are not here to condemn anybody. We thank the governor of Kaduna State, Mallam Nasir el-Rufai, and other Northern governors, traditional rulers and the federal government for their interventions at the height of the issue,â€ he said.
He also appealed to the government to tackle the root cause of the agitations and subsequent quit notice by Northern youths and find solutions to the rising frustrations in the country. 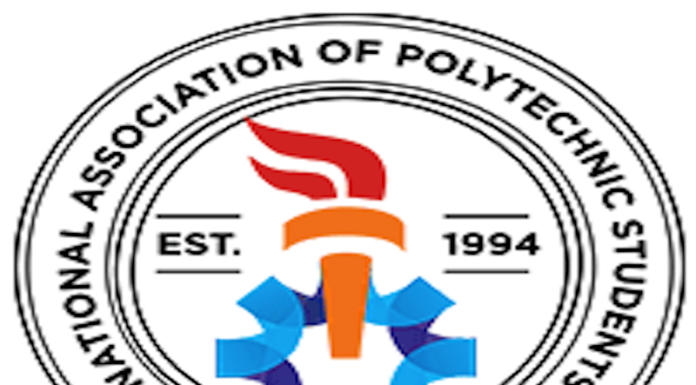